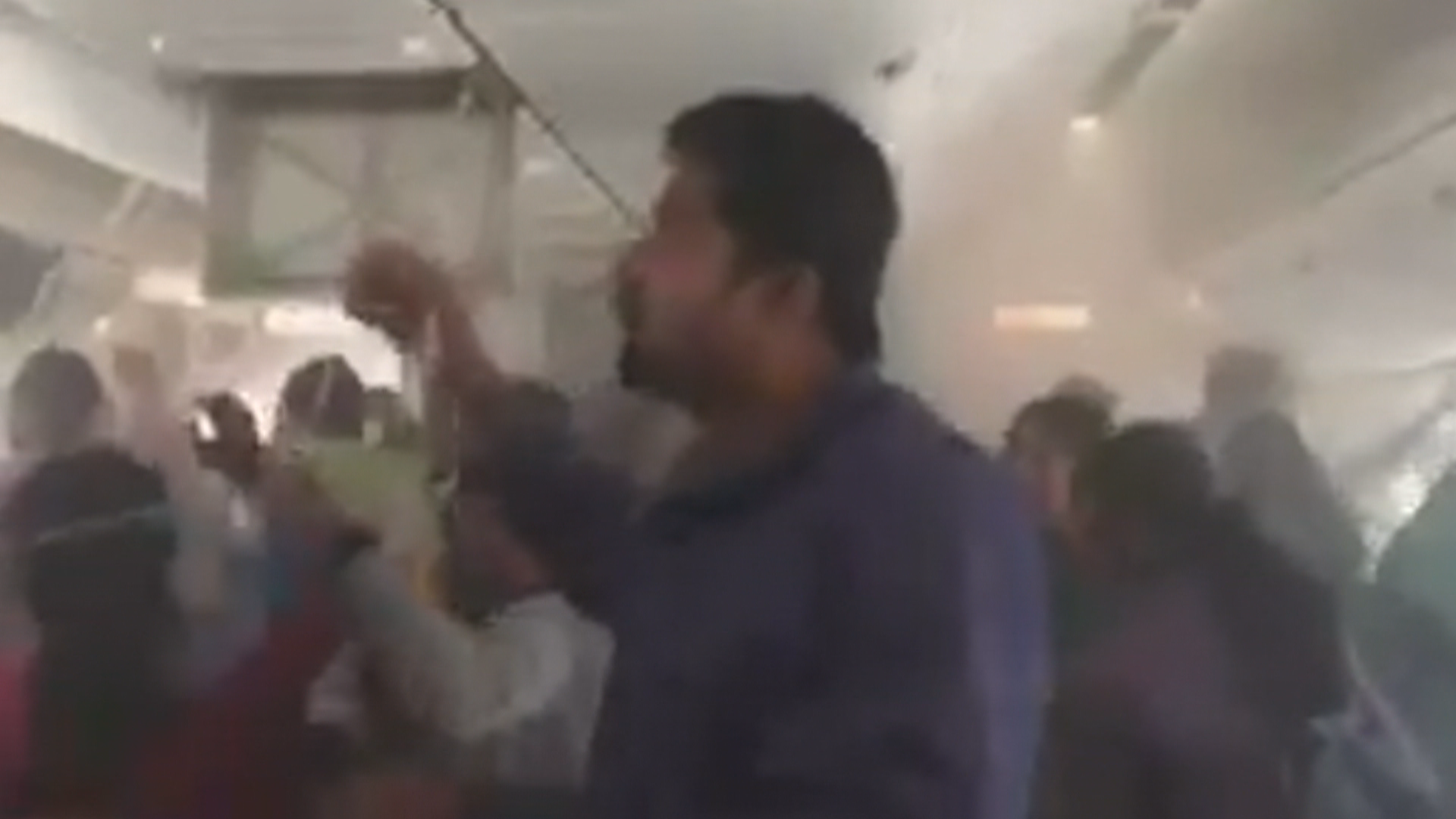 American investigators are helping probe the fiery crash-landing of an Emirates jet in Dubai. The Boeing 777 arriving from southern India burst into flames after hitting an airport runway.

The FAA requires aircraft manufacturers to be able to evacuate a maximum number of passengers from their planes within 90 seconds. That rule applies to small regional jets, and is largely credited with helping all 300 people aboard escape from the wreckage in Dubai, reports CBS News correspondent Kris Van Cleave.

As what appears to be smoke starts to fill the cabin, the captain is heard telling the crew to evacuate. But passengers first stop to get their bags from the overhead bins.

"Drop the bags, leave everything. Leave the bag, drop and slide!" Captain Rehan Quereshi tells them.

A flight attendant tells fliers to hurry out of the plane and Quereshi yells for them to jump.

As one passenger exits through a slide, another slide closer to the wing is seen improperly deployed. The nearby engine is on fire.

"The smoke was coming inside, so immediately, they asked us to evacuate," said a passenger, Shadi Kochuktty.

All 300 people on board -- including 6 Americans -- got out before the fireball quickly engulfed the plane. A firefighter on the ground died trying to put out the flames.

The plane was seen skidding on its belly before coming to a halt, leaving a big question: What happened to the landing gear?

"I can confirm that the aircraft (was) up to date in inspection, checks and all of that," said Emirates Group CEO Ahmed bin Saeed Al Maktoum.

To be certified for service, Airbus had to show an A380 jumbo jet could be evacuated in 90 seconds or less, with half its exits blocked.

"It's incredible how fast you can get people out of an aircraft," said Christine Whitten, a former United Airlines flight attendant who experienced a similar incident. "Once you learn the procedures, you don't forget them. And so you just go into that mode - and it's a very unusual kind of experience - but it basically saves lives."

Emirates 521 was cleared to land, but air traffic control recordings suggest Flight 521's pilots were to climb to 4,000 feet moments before touching down.

A team of five from the NTSB will join the investigation into the crash. Crews are working to recover the flight recorders, which should provide some answers.

The airline said there's no evidence terrorism was involved.

The airlines said there's no evidence terrorism was involved.