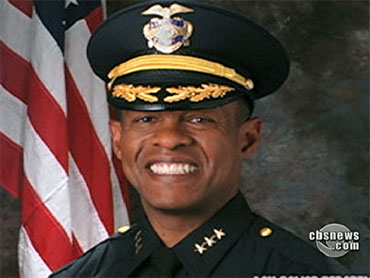 In a statement, Erroll Southers said he was pulling out because his nomination had become a lightning rod for those with a political agenda. President Barack Obama tapped Southers, a former FBI agent, to lead the TSA in September but his confirmation has been blocked by Republican Sen. Jim DeMint, who says he was worried Southers would allow TSA employees to engage in collective bargaining with the government.

Questions have been raised about a reprimand that Southers received for running background checks on his then-estranged wife's boyfriend two decades ago. Southers wrote a letter to lawmakers earlier this month acknowledging that he had given inconsistent answers to Congress on that issue.

In an October affidavit for the Senate Homeland Security committee, Southers initially said he asked a San Diego police employee to run a background check on his then-estranged wife's boyfriend and was censured by his FBI superiors 20 years ago for what he said was an isolated instance.

But a day after the committee approved his nomination and sent it to the full Senate, he wrote to the senators and told them that he was incorrect, that he had twice run background checks himself.

The White House said Wednesday that the president had accepted Southers' withdrawal with great sadness and continued to believe he would have made an excellent TSA administrator.

The withdrawal of Southers' nomination was another setback for the TSA at a time when the government is still trying to answer questions from Congress about how a man was able to carry out a bombing attempt on Christmas Day on a Northwest Airlines flight found from Amsterdam to Detroit.