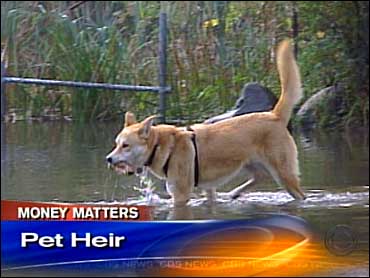 Dozens of former Philadelphia Eagles cheerleaders have joined a lawsuit charging that visiting players peeped on them as they showered and dressed in a Veterans Stadium locker room.

In an expanded lawsuit filed Wednesday in state court in Philadelphia, 44 former cheerleaders seek damages from members of the 29 NFL teams that played at Veterans Stadium between 1983 and this year.

The players spied on the women through holes in a door that separates the visitors' locker room from the cheerleaders' shower room and through cracks in various walls and scratches in a painted window, the plaintiffs charge.

"If you put your eye up to it (a peephole), you can see plenty," said plaintiffs lawyer Michael J. McKenna of Cherry Hill, N.J.

McKenna said he has not gotten any responses to the private letters sent to the NFL Commissioner's Office or to the lawsuits sent to the defendant teams and their insurance companies.

"Particularly the silence from the commissioner's office is troubling," he said. "These are people who fine people for wearing do-rags and doing dances in the end zone, but this doesn't seem to trouble them."

The NFL did not immediately return a telephone message left at its New York headquarters.

The Eagles organization has not issued a response but has provided access to the locker rooms, McKenna said.

According to the suit, the "ability to peer into the cheerleaders' locker room, and to view them in (various) states of undress, was considered one of the special 'perks' of being a visiting team of the Eagles."

"It was common knowledge among virtually the entire National Football League - while at the same time a carefully guarded secret to be known only to the players and other team employees of the (visiting) teams - that these conditions existed," the suit states.

The Eagles organization is not listed as a defendant, in part because its players presumably did not use the visitors' locker room, McKenna said. He said the Eagles and perhaps the city, which owns the stadium, were careless, but he did not want to ask Philadelphia jurors to find fault with them.

"It's the intentional nature of the (visiting players') offense that has the cheerleaders so offended," he said.

The plaintiffs, who claim invasion of privacy, trespassing and emotional distress, are seeking unspecified damages from the visiting players and teams.

The two original plaintiffs had been identified as Jane Does in the initial suit, but are named along with the other plaintiffs in the suit filed Wednesday.

Susette Walsh, a 34-year-old math teacher, said she quit the squad last year after learning about the alleged spying on TV, and later filed the initial suit.

"You should feel 100 percent safe in your locker room, as you would in youhouse. That's your work place," said Walsh, a former captain, who said she was paid about $30 per game.

News of the issue has been difficult for her stepchildren and embarrassing for her at the middle school where she teaches, she said.

"It's just a total invasion of privacy. It makes you feel degraded, humiliated," Walsh said.

According to McKenna, the door closest to the showers has been replaced, but he thinks at least one other set of doors remains a problem.

The Jacksonville Jaguars is the only NFL team that did not play in Philadelphia during the period and is not named in the suit, he said.

By Maryclaire Dale © MMII The Associated Press. All Rights Reserved. This material may not be published, broadcast, rewritten, or redistributed