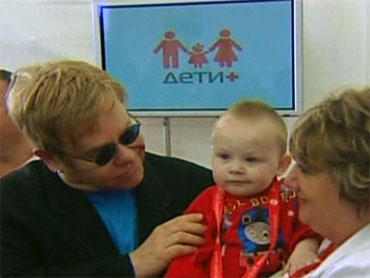 Elton John's partner says the musician was devastated that he wasn't allowed to adopt a Ukrainian child, but plans to support the boy anyway.

The 62-year-old pop star met 14-month-old Lev at a home for HIV-positive children in September. But he was refused permission to adopt the boy because he was too old and not married.

Furnish told BBC radio they were working to ensure Lev and his brother "have the best health care, education and family options available to them."

John and Furnish tied the knot in 2005 in a civil union in Britain. Ukrainian authorities do not recognize gay unions as marriage.

Furnish said the couple would campaign for a change in Ukrainian law.