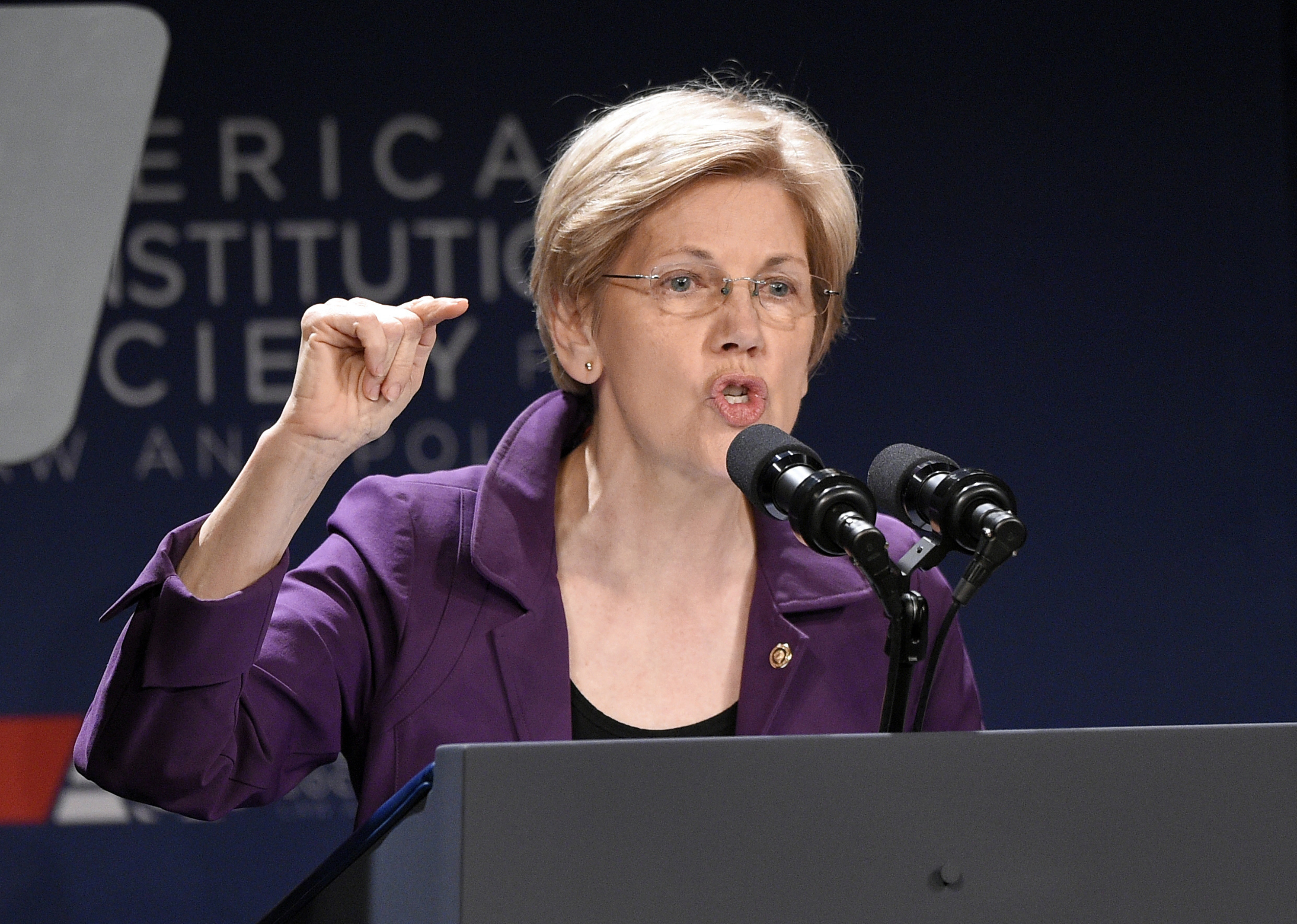 Warren officially endorsed Clinton just over a week ago, saying she is "ready to get in this fight and work my heart out for Hillary Clinton." Saturday's remarks were her first since that endorsement after a week that included a private meeting with Clinton at her residence in Washington, D.C., and a visit for Warren to Clinton's campaign headquarters in Brooklyn, New York.

Having shown a unique ability to garner a response from Trump - who calls Warren "Pocahontas" - regularly on the campaign trail, it has become clear that Warren is enjoying her role attacking the presumptive GOP presidential nominee and raising concerns over his rhetoric and demeanor.

One concern Warren highlighted was Trump University, which Warren said Trump created to "profit off other peoples' pain" as the "fraudster in chief" while citing the billionaire's lawyers' action to block the release of taped testimony in an ongoing Trump University court case.

"Poor little Donald is shaking in his high-priced Italian loafers, begging the court to protect him, terrified about what happens if those videos go public and he is held accountable," Warren said.

Warren then asked, "Are you scared, Donald? You should be!" before outlining the myriad of positions and comments that Trump has made on women, minorities, same-sex marriage, entitlement reform and economic policies, which Clinton, Warren and the Democratic Party have taken issue with.

Trump was not the only target in Warren's remarks. She apologized earnestly to the New Hampshire Democrats in the room for Scott Brown, who Warren defeated in a 2012 Senate race in Massachusetts.

"I never expected him to pack up his truck, move to New Hampshire and become your problem," Warren said. "I am so sorry."

Although much of the speech was focused on Trump, Warren reiterated her commitment to getting Clinton to the White House, calling her "a fighter" and commending the former secretary of state for taking on the "army of right-wing lunatics."

"Whether you supported her in the primary or not, we can all say Hillary Clinton is a fighter," Warren said. "She's been on the receiving end of one right-wing attack after another for 25 years, but she doesn't give up and go home. She keeps at it - fighting for Democratic values and fighting to take down an army of right-wing lunatics who will say and do anything to undermine reform in this country."

"We need fighters in Washington, and that's why I'm fighting to help make Hillary Clinton our next president of the United States."