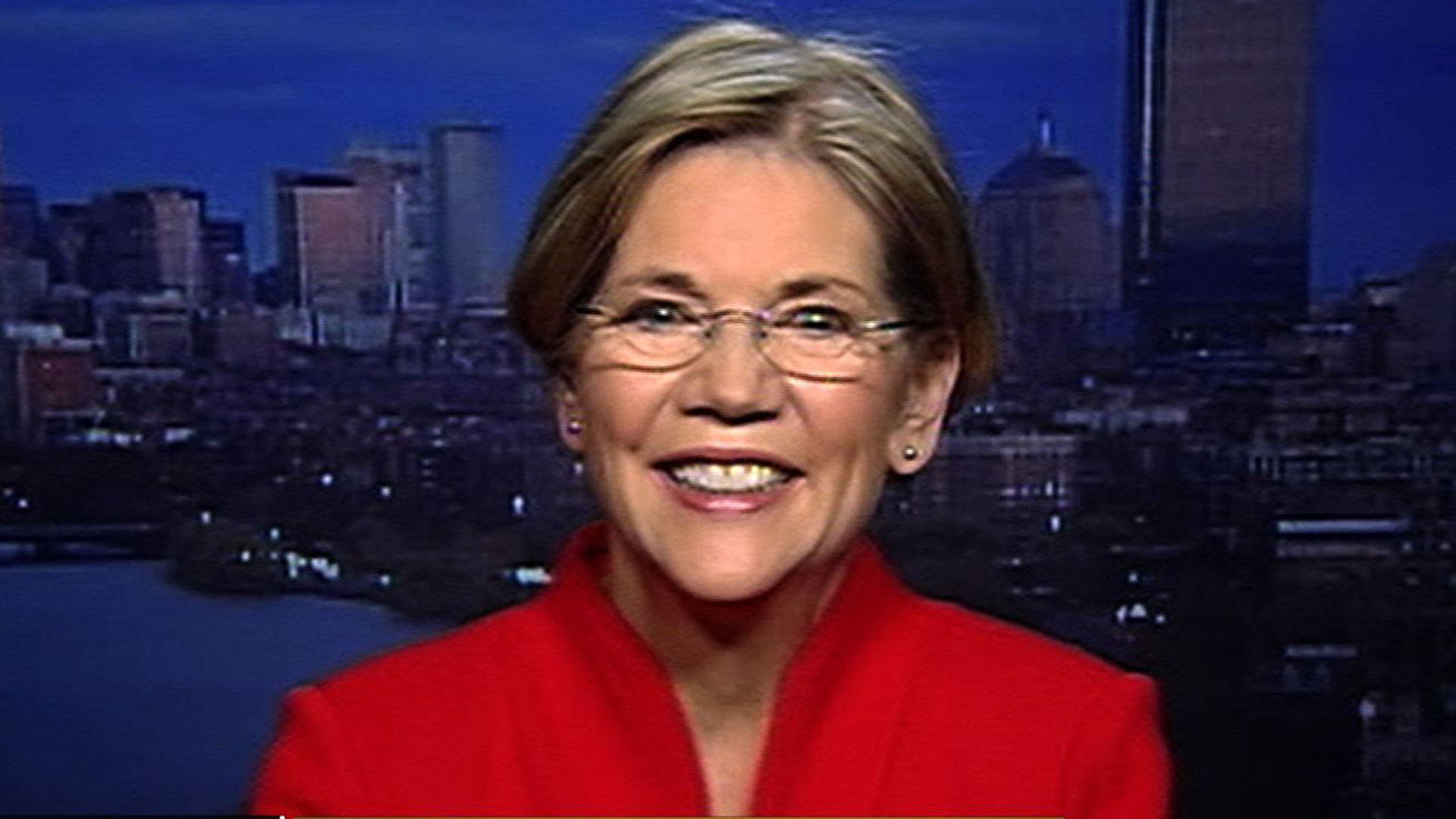 (CBS News) Senator-elect Elizabeth Warren, who defeated incumbent Republican Sen. Scott Brown in Massachusetts Tuesday night, told "CBS This Morning" that she intends to go to Washington to fight for the "strong middle in this country," assuring her opponent's supporters that she hears their yearning for bipartisan cooperation "loud and clear."

Asked what she hopes to accomplish as Massachusetts' junior senator, Warren returned to her populist campaign themes, explaining, "My job is to go to Washington to fight for working families, to fight for America's middle class. That's what people here in Massachusetts worked for."

"What it's really about is an America that works again for the middle class, an America that's about...expanding opportunity," said Warren, offering herself as an example. "Look at me, I'm the daughter of a maintenance man and a woman who worked the phones at Sears, and I ended up as a professor at Harvard Law School. How's that happen? It happens because we had good public schools, because America invested in its kids when I was growing up, and I think that's the kind of thing people want now."

Warren said that the American people "want to see their opportunities expand, not narrow, not contract," and they want to know that "their kids are going to have a better shot than they did."

She extended an olive branch to her opponent's supporters, tempering her feisty middle-class populism with a dose of conciliation: "I understand that there was a message for people who voted for Senator Brown. I think a lot of them were saying, 'you've got to be willing to reach across the aisle,'" explained Warren. "I want them to know I heard that loud and clear, and it's what I want to do - I don't want to go to Washington to be able to say, 'whoa, I'm a senator.' I want to go to Washington because I want to help get something done.

When reminded by "CBS This Morning" co-host Norah O'Donnell that last night's results were a historic moment for women in the U.S. Senate, who will see their ranks grow from 17 to at least 19 when the 113th Congress takes office in January, Warren offered an enthusiastic "hubba-hubba!"

Asked whether there should be more women in the Senate and whether that will make a difference, Warren was clear and concise: "Yes and yes...It's time. Come on -- there was still, this year, a big debate over equal pay for equal work. No. It's time. It's time."

But when "CTM" co-host Gayle King asked whether women know something about politics that men do not, Warren demurred. "Interesting question. I don't know," she said, adding, "I will say this: a big part of what this race has been about is you have to be willing to open your heart...Campaigning, in many ways, has been like going to big family reunions...People want to know we're going to be connected, because that's what it's supposed to be, that's how government's supposed to work."

Why the funeral for Japan's Shinzo Abe brought nationwide protests

Denver Riggleman on mystery behind White House call to Jan. 6 rioter
Thanks for reading CBS NEWS.
Create your free account or log in
for more features.
View CBS News In
CBS News App Open
Chrome Safari Continue
Be the first to know
Get browser notifications for breaking news, live events, and exclusive reporting.