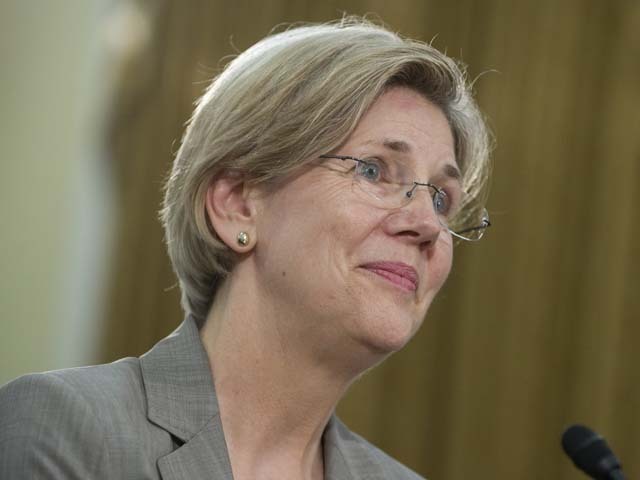 Despite having only officially entered the race last month, Democratic Senate candidate Elizabeth Warren of Massachusetts announced Monday her campaign raised an impressive $3.15 million in the third quarter.

Warren, championed as a hero of the left for her consumer advocacy work, said 96 percent of the money she raised came in the form of donations under $100. And despite receiving help from national political groups like Emily's List, her campaign said she received donations from 11,000 supporters within Massachusetts.

"With the big banks and special interests lining up against us, we know it's going to take a strong, grassroots campaign to win," Warren wrote an in email to supporters today. "We are in this together. We are fighting back for the middle class families who are getting hammered here in Massachusetts and across the country."

Warren has yet to win the Democratic Senate nomination, but her fundraising total for the quarter is nearly nine times greater than her closest Democratic opponent, City Year co-founder Alan Khazei. On Friday, Khazei said he raised $365,000 in the third quarter, the Boston Globe reports.

There are several other candidates who have yet to report their fundraising totals. The quarter ended September 30, and candidates must file reports by October 15.

Democrats are hoping the eventual nominee can unseat Republican Sen. Scott Brown, who won the seat once held by the late Sen. Ted Kennedy in a 2010 special election. Brown hasn't released his third quarter fundraising totals yet, but he raised nearly $2 million in the second quarter and had about $9.6 million in cash on had at the end of June.

Warren managed to raise more money in the third quarter than at least one presidential candidate -- former Sen. Rick Santorum said on Fox News on Sunday that his campaign raised just slightly more than the $582,000 he raised in the spring.

Texas Gov. Rick Perry has said he raised about $17 million in the third quarter, while former Massachusetts Gov. Mitt Romney is expected to announce bringing in $10 million to $12 million.