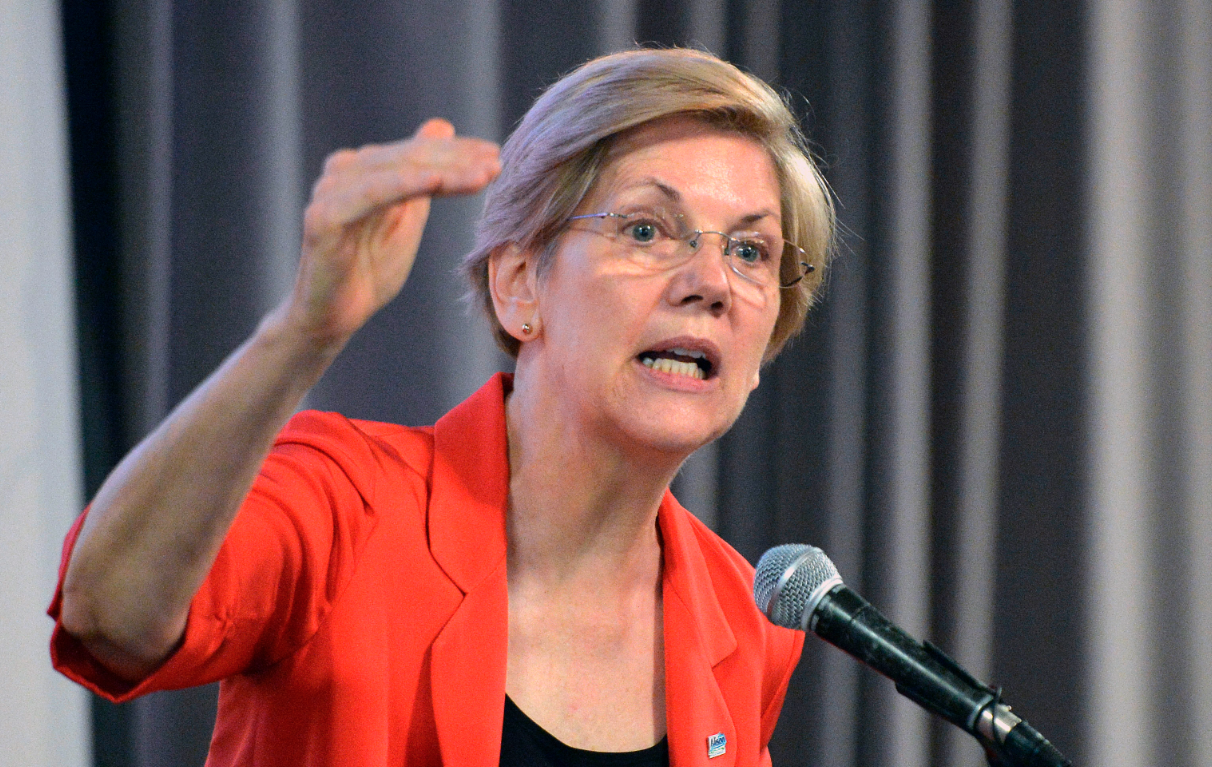 Sen. Elizabeth Warren, D-Massachusetts, takes issue with her party's use of superdelegates in the primary election process.

"I'm a superdelegate and I don't believe in superdelegates," Warren said Friday at the Massachusetts Democratic party's annual state convention, according to local news outlet MassLive.

"I don't think that superdelegates ought to sway the election," added Warren, who has not yet declared her support for either candidate.

Warren, as an elected official, is herself a superdelegate -- one of the over unbound 700 party members, distinguished leaders, and elected officials that can cast their votes for whomever they wish at the Democratic National Convention in Philadelphia this summer.

Democratic front-runner Clinton has a total of 2,355 delegates to date, including the results of Sunday's Puerto Rico primary contest. Of them, Clinton has 1,807 pledged delegates along with the support of 548 superdelegates.

Rival Bernie Sanders, at a total of 1,557 delegates, has the support of just 46 superdelegates.

On the campaign trail, Sanders has been harshly critical of the superdelegate process and his opponent's reliance on them in clinching the nomination.

"Hillary Clinton will not have the requisite number of pledged delegates to win the Democratic nomination at the end of the nominating process on June 14," he told CNN last week. "Won't happen. She will be dependent on superdelegates."

But Sanders himself would have to rely on superdelegate support in order to lock down the party's nomination.

Last month, Sanders told CBS' "Face the Nation" that he would try and woo superdelegates from states that he won with a significant margin.

"We won states like Washington, Alaska, Hawaii, New Hampshire in landslide victories," he said. "And I do believe that the superdelegates, whether it's Clinton's or mine, states that we won, superdelegates in states where candidate wins a landslide victory should listen to the people in those states and vote for the candidate chosen by the people."