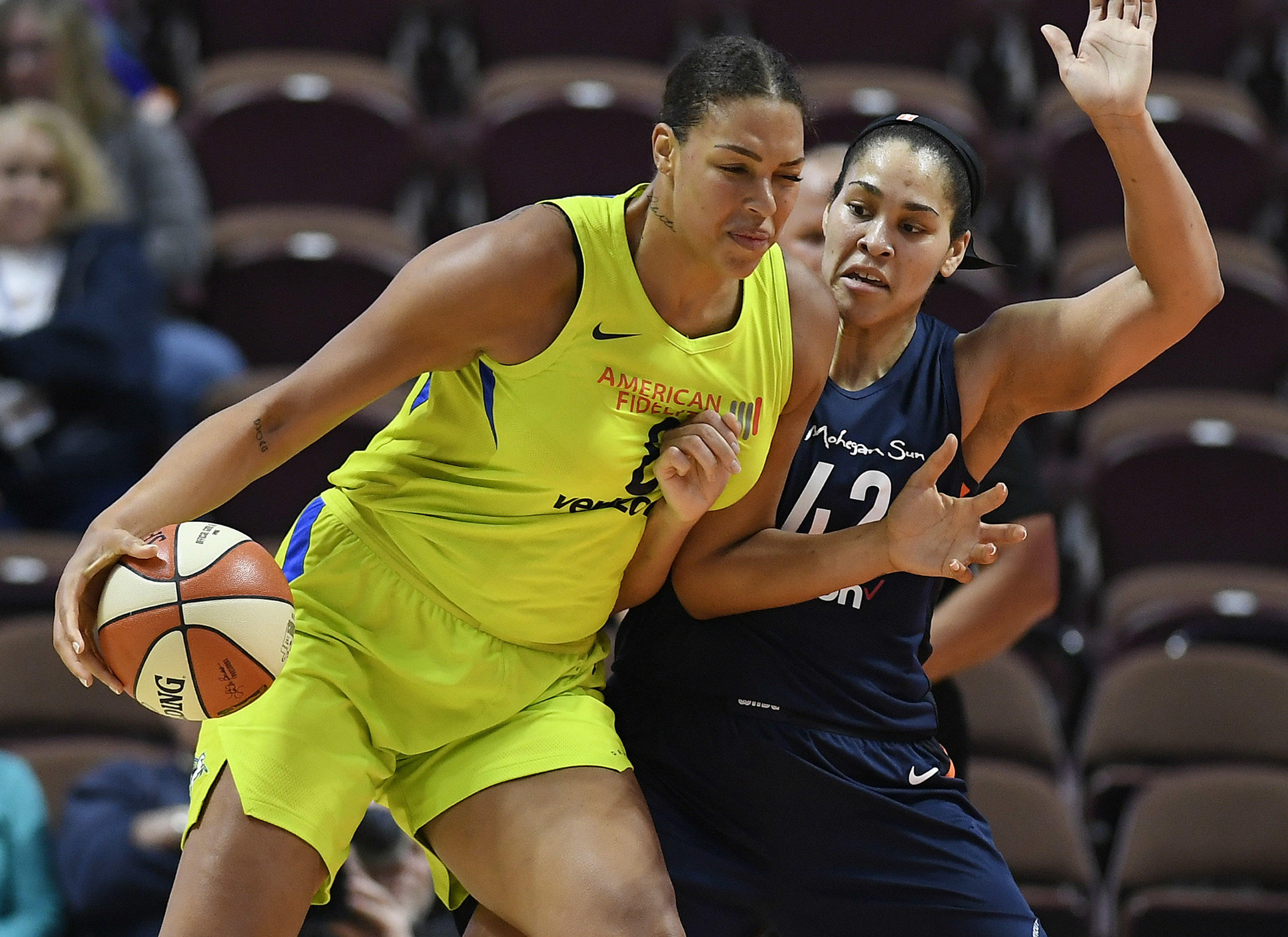 DALLAS -- Elizabeth Cambage scored 53 points to set a WNBA record Tuesday, leading the Dallas Wings to a 104-87 victory over the New York Liberty. The 6-foot-8 Australian reached 50 points on a 3-point play with 2:19 remaining and broke Riquna Williams' WNBA record of 51 points, set Sept. 8, 2013, on an open 3-pointer from the top of the key.

Cambage was 17 of 22 from the field with 10 rebounds and five blocks for her ninth double-double of the season. She made 15 of 16 free throws and outscored the Liberty's starting lineup by 10 points.

Glory Johnson and Allisha Gray each added 13 points for Dallas (13-9), which won its first home game against New York since 2016.

Dallas coach Fred Williams was ejected with 1:44 remaining in the third quarter. New York took its first lead, 70-69, on the next possession, but Dallas opened the fourth quarter on a 12-3 run and cruised from there.

Cambage had 28 points in the first half to send the Wings to a 57-44 lead. She added five points in the third quarter and broke her previous high of 37 points on a three-point play with 7:29 remaining. She finished 4 of 5 from 3-point range.

Cambage returned to the Dallas franchise after sitting out the past four years. She was drafted by Tulsa with the second pick in 2011 behind Maya Moore.

Moore is third in the WNBA for most points in a game, scoring 48 in a double-overtime game in 2014. Phoenix's Diana Taurasi had 47 points in a three-OT game in 2006.