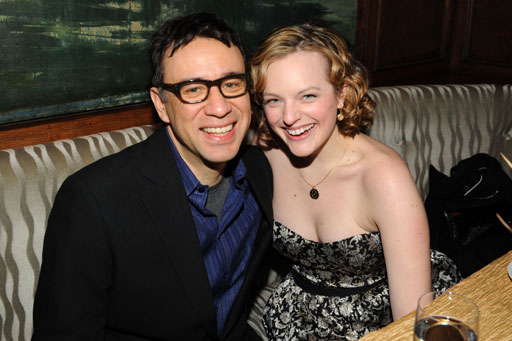 LOS ANGELES (CBS/AP) Court records show actress Elisabeth Moss has filed for divorce from her comedian husband after less than a year of marriage.

The "Mad Men" star, 28, filed for divorce from Fred Armisen, 43, on Monday in Los Angeles.

Her filing cited irreconcilable differences for the breakup.

The two were married in October but separated in June. The court filings did not offer any additional details.

According to a report in Us Weekly, Moss' ties to the Church of Scientology contributed to the split.

"Her religion was as important to her as their marriage, if not more," a friend told the magazine. "He could not get with it."

Another source simply said the couple "had issues."

Since the split, Armisen has been "quietly dating" his 23-year-old "Saturday Night Live" co-star Abby Elliot.

Their relationship is still in "the early stages," a source told People magazine.

"Fred sought comfort in her after the split," another source told Us, adding that Moss is "fine" with his new relationship. "They are both moving on."