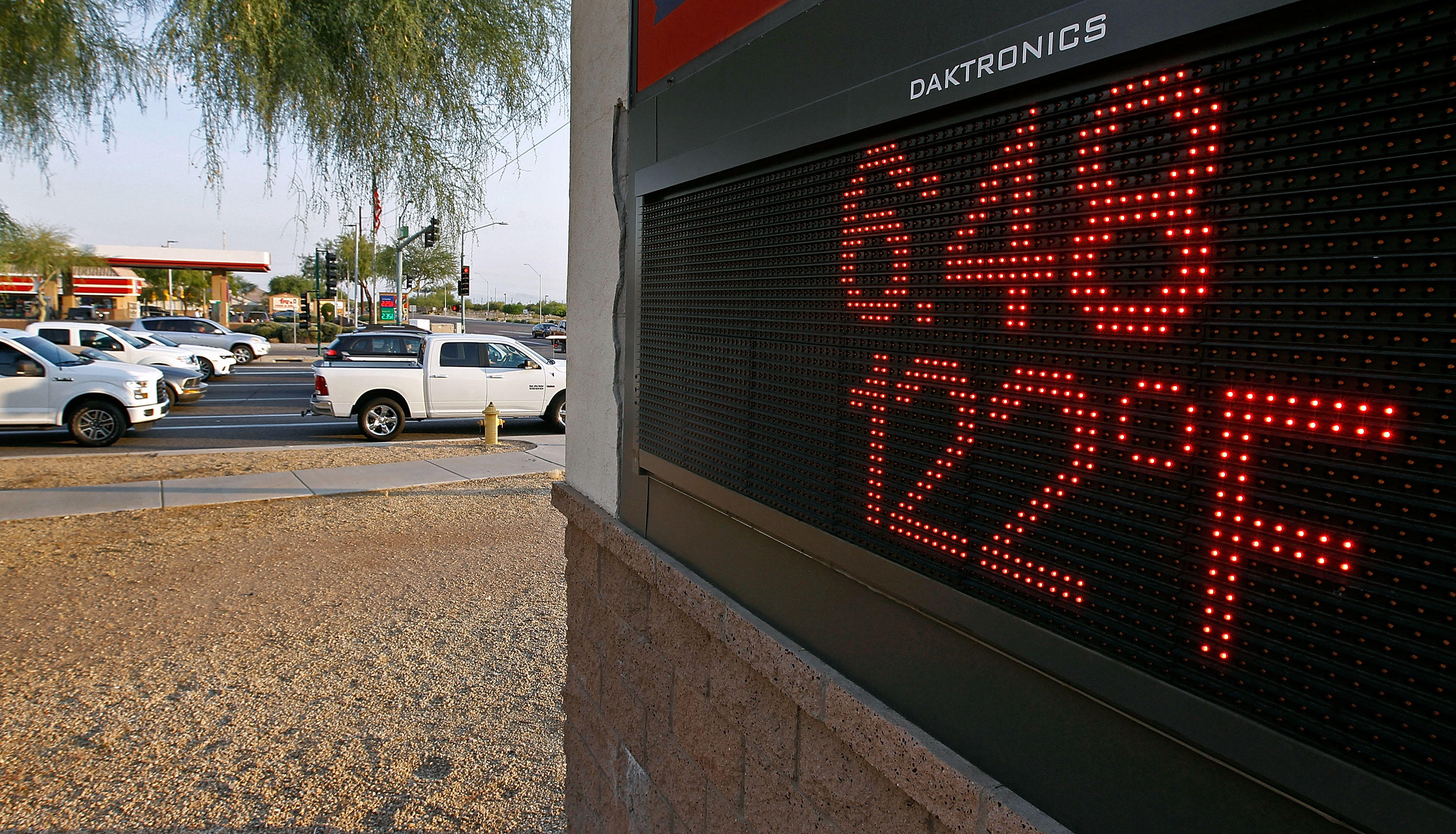 "When temperatures spike, our customers use more power, and it's our job to make sure we manage the demand placed on the system," said Daniel Froetscher, an APS senior vice president, said in a statement.

The company serves 2.7 million people in 11 of 15 counties in Arizona.

Phoenix hit a high of 119 Tuesday as an extreme heat wave continued in the Southwest. The city opened dozens of cooling centers and flights were canceled because of the heat.

The area is looking at breaking another temperature record Wednesday with an expected 117 degrees for a high.

Authorities say people should avoid the outdoors and be in air-conditioned buildings during the heat wave.