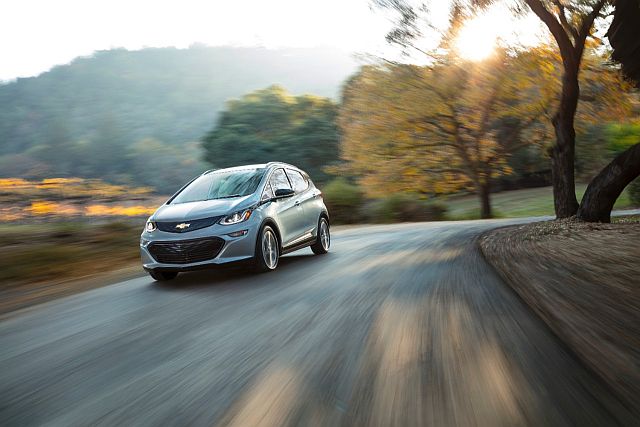 Except for the glamorous and expensive Tesla Model S, electric vehicle sales for the first half of 2016 are down 11 percent, according to Kelley Blue Book. (Tesla doesn't report monthly sales, but estimated Model S sales are about even with last year.)

However, the major drawbacks for electric cars -- limited charging stations and modest range before a new charge is needed -- may be changing due to new models and a new federal initiative. And with used electric models selling very cheaply, an electric vehicle can be a money-saver for some commuters even in an era of low gas prices.

Here are some of the coming developments.

More in Behind The Wheel

Federal initiative. The Department of Transportation announced last week that it would use up to $4.5 billion in loan guarantees to spur creation of a national network of fast-charging stations for electric cars. The plan also involves creating a coalition of automakers and utilities to get behind this effort, and it will promote cooperation from state and local governments.

Affordable long-range electrics. Going on sale late this year, the Chevrolet Bolt will be the first affordable electric with a range of about 200 miles before it needs recharging. (The $70,000 and up Tesla Model S is currently the only electric car meeting that standard). Chevy is likely to price the Bolt below $40,000. Buyers will get a $7,500 federal tax credit and additional state and local incentives in some places. In late 2017, Tesla will start selling the Model 3, around the same price and with 215 miles of range.

To see what motivation extra range can be, consider the year-to-date sales of the Chevrolet Volt, often described as an electric car but also featuring a backup gasoline engine. Sales for the newly redesigned 2016 Volt are up 75 percent for the first half of this year. That new Volt can go an estimated 53 miles on battery before needing to be recharged.

But when the backup gasoline engine kicks in, total range is 420 miles. The federal website fueleconomy.gov estimates that the 2016 Volt would save you $3,500 in fuel costs over five years vs. an average new gas-only car.

Cheap used electric cars. As new electric car sales have dropped, resale values for used electrics have plummeted. After surveying used-car sales, iSeeCars.com reports that the average price of a one- to three- year-old Nissan Leaf is just $12,533. It cost nearly $30,000 new, even after federal tax credits.

Writer Sami Grover on the environmental site Treehugger.com recounted his adventures after buying a used 2013 Leaf. It has an estimated range of 84 miles before a new charge is needed. Grover noted that the range of his Leaf can drop greatly if it's driven aggressively or with extended highway driving.

Still, the fueleconomy.gov website estimates savings of $4,000 over five years for that Leaf compared with the average 2013 car.

Based on Grover's experience and other expert advice, here are some suggestions if you're considering following his example with a used Leaf or other electric.