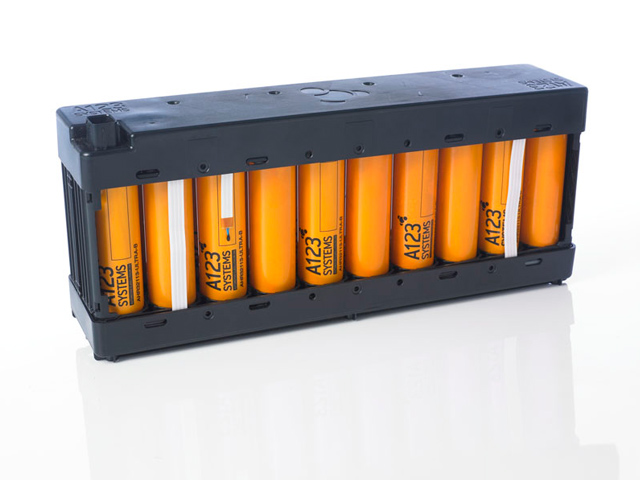 (CNET) NEW YORK A123 Systems, a lithium-ion battery maker that has received hundreds of millions in government support, filed for bankruptcy protection today.

The move makes A123 the latest government-backed energy company to file for Chapter 11. Many of these companies have struggled to make money as demand slows for their products. A123 received more than $250 million in state and federal funding to help it run its operations providing batteries for electric cars and other products. But it has also faced many problems, including defective products.

A123 today said Johnson Controls (JSI) will help finance the filing by buying A123's automotive business assets for $125 million. As part of the transaction, A123 will receive $72.5 million from Johnson Controls to continue operating during the process.

A123 also said it's engaged in "active discussions regarding strategic alternatives" for its grid, commercial, government, and other operations. The company said it's "encouraged" by the interest it has received from multiple parties. Johnson Controls has agreed to license back to A123 certain technology related to those businesses.

A123, like many others in the battery sector, has struggled with competition and soft demand. It has posted financial losses since it founding over a decade ago, and it also has been hurt by faulty products and an investment in electric-car maker Fisker Automotive. The company in March said it would need to replace defective batteries, and A123 in May hired an advisory firm to examine its strategic options.

A123 received a grant for $249.1 million from the U.S. Department of Energy in late 2009 to expand its lithium-ion battery manufacturing facilities in Michigan, and it also has received funding from the State of Michigan and other entities. The company also raised more than $400 million in a 2009 IPO. Its shares plunged 75 percent to six cents on the news of its filing.

The Waltham, Mass., company said in August that it had worked out a deal for funding from Chinese auto-parts maker Wanxiang.

But A123 today said it decided not to move forward with the deal with Wanxiang, which would have given the Chinese company majority ownership. The company said there were "unanticipated and significant challenges" to the deal.

"We believe the asset purchase agreement with Johnson Controls, coupled with a Chapter 11 filing, is in the best interests of A123 and its stakeholders at this time," A123 Chief Executive David Vieau said in a press release. "Since disclosing the Wanxiang agreement, we have simultaneously been evaluating contingencies, and we are pleased that Johnson Controls recognizes the inherent value of our automotive technology and automotive business assets."

A123 is not the first government-funded alternative energy company to file for bankruptcy. Ener1, another battery company, filed for Chapter 11 in January. At that time, it cited slower demand for its products due to lower-than-expcted adoption of electric vehicles. And energy-storage company Beacon Power and solar power manufacturer Solyndra filed for bankruptcy last year.

This post by Shara Tibken originally appeared on CNET.