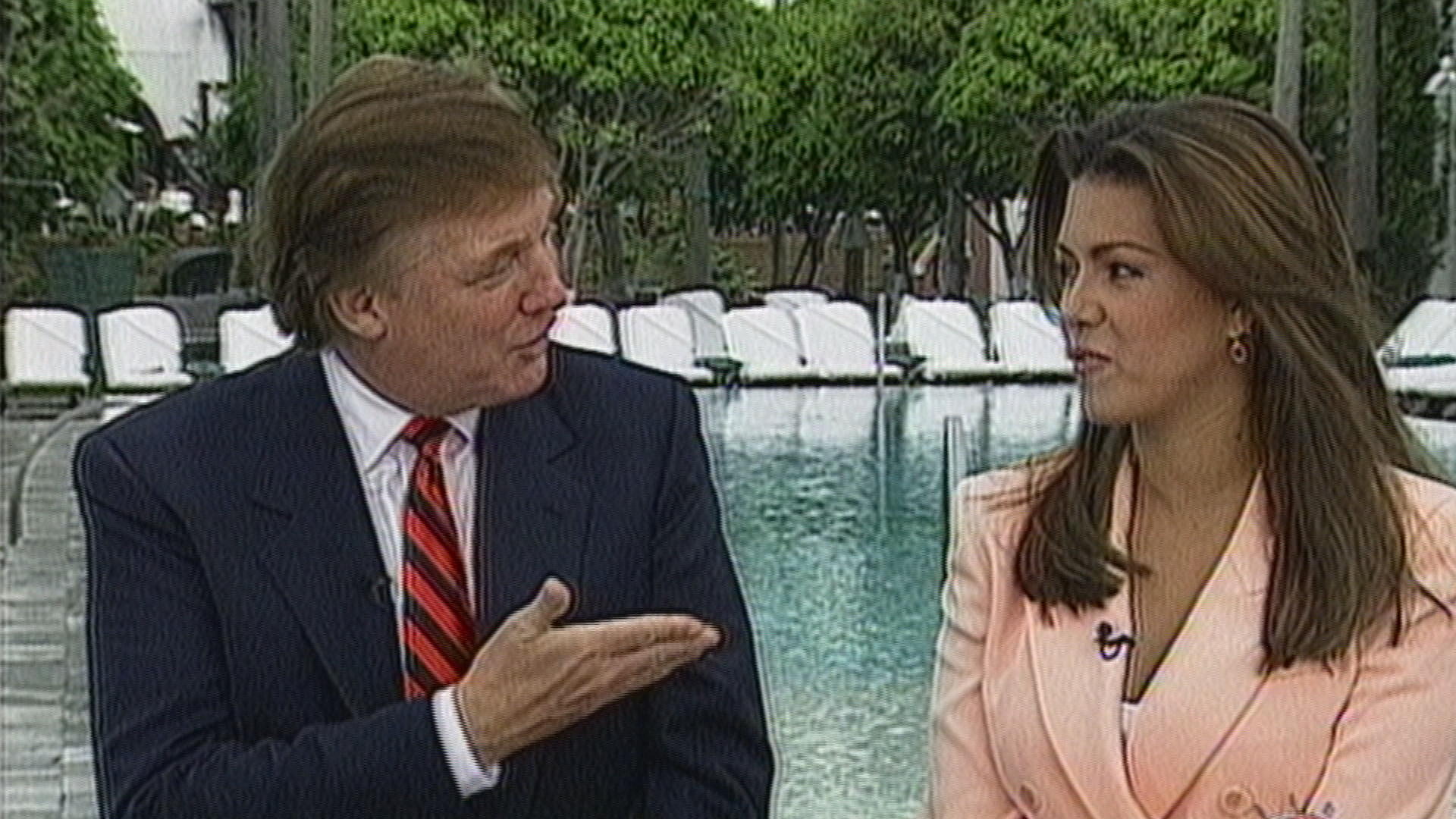 In one tweet, Trump called Machado a “con” and wrote that Clinton using her as “a paragon of virtue” shows bad judgment. Trump also urges his 12 million Twitter followers to look into a sex tape and asks: “Did Crooked Hillary help disgusting Alicia M become a U.S. citizen so she could use her in the debate?”

This, of course, all began when Clinton brought up Trump’s own words about Machado at Monday’s first presidential debate, when he previously referred to her as “Miss Piggy.”

As the owner of the Miss Universe competition, Trump oversaw a public weight loss campaign for Machado after he said she gained a few pounds following her 1996 crowning.

Machado was implicated in a 1997 murder case in Venezuela and accused of threatening a judge, but was never charged on either count.

This episode once again underscores the point that there’s only one person who is running the Trump campaign: Donald Trump. But the campaign is doing what it can to rein him in.

They’re bringing in Gov. Chris Christie to help try to command Trump’s attention for the next debate -- never easy -- and keep him focused on how he might rattle Clinton and drive home the toughest lines of attack against her.

But Trump couldn’t or wouldn’t focus, and the prep was largely unstructured and ultimately futile. Trump still believes he did better than the negative Clinton narrative suggests or the assessment by most Republicans.

For Trump, this reinforces his “us-against-them” mentality at the heart of this race. Being told he has lost only convinces Trump he won on behalf of his angry and economically anxious supporters.

That conviction is what Christie is up against -- persuading Trump that change can improve the outcome against Clinton without implying he failed.

John Grisham on "A Time to Kill" sequel