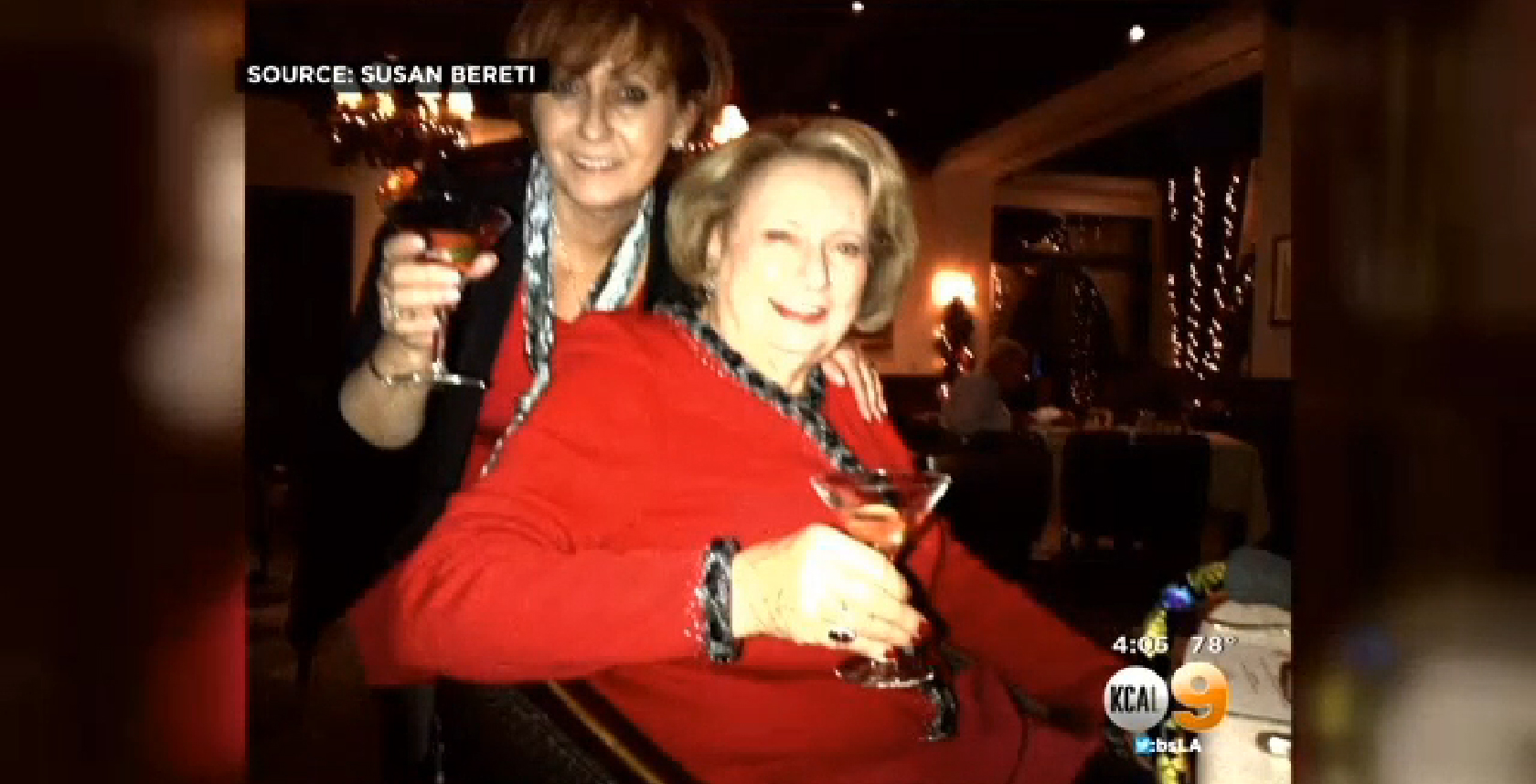 Police were called to the home of Antonia Yager, the widow of retired Superior Court Judge Thomas Yager, who died in 2008, around 7:30 p.m. Dec. 22. A caretaker found her body in an upstairs bedroom.

Investigators say robbery could be a possible motive.

"There are a lot of good things to be taken up here, and the bad guys, unfortunately, come to this part of town to get valuables," Lt. John Radtke told CBS Los Angeles.

There had been no immediate sign of forced entry to the home, Radtke added. However, Susan Bereti, who may have been the last person to see Yager alive, said someone could have been after her valuables.

"She loved good jewelry, had great jewelry and wore it," Bereti told the station. "I said just be careful always walking on the street, but I never thought she would die or someone would kill her."

After they had an early Christmas dinner together the night before Yager died, Bereti said she dropped Yager off at her home.

"I walked her to the back yard, and I asked her if she needed any help and said, 'Can I come in?' and she said, 'No, no Suzy,' so I left her," Bereti recalled. "That was the last time I saw her."

Authorities hope to review security footage from nearby residences.

Anyone with information should contact LAPD's West Bureau Homicide investigators at (213) 382-9470.