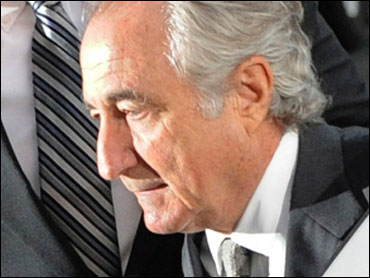 Some elderly investors have sued the trustee overseeing the liquidation of Bernard Madoff's assets, saying the system being used to pay claims against the disgraced financier is unfair.

The lawsuit filed in bankruptcy court Friday in Manhattan said six longtime investors wiped out by the scandal together lost life savings of $9 million - the amount on fictitious statements issued by Madoff's defunct firm in 2008.

It challenges rules that could disqualify the plaintiffs from collecting up to $500,000 in government-backed compensation because over the years they withdrew more money - believing it was profit - than they originally invested.

By law, trustee Irving Picard has an obligation "to protect a customer's legitimate expectations of what the broker held in his account - even if the broker never purchased any securities in the first place," the suit argues.

Among the plaintiffs named in the suit filed last week: a 73-year-old New Jersey widow who's been forced to take a part-time job at Macy's to cover basic living expenses; a 76-year-old California man who had to sell his home and move in with his daughter; and an 88-year-old Manhattan woman who lives with her ailing husband of 69 years and has stopped paying medical bills because they need the money for food.

"We have clients who are out of money," attorney Brian Neville said Monday. "They have nothing left. They're charity cases now."

Madoff, 70, pleaded guilty in March to charges his secretive investment advisory operation was a massive Ponzi scheme. He admitted that he never invested the billions of dollars given to him by thousands of clients, and instead used the money from new investors to pay returns to existing clients.

Thousands of clients were told in phony statements from last November that their accounts had grown to nearly $65 billion. Last month, Picard said that so far he has only identified about $1 billion in assets that can be used to help cover nearly 9,000 claims. Still, victims can qualify for up to $500,000 in relief from the Securities Investor Protection Corp., which is authorized by Congress to guarantee brokerage accounts.

In calculating how to divide up the assets, client statements are "not what we are going to rely on," Picard told burned investors at a meeting earlier this year. "This is going to be a case in which we're going to be looking at cash in and cash out."

The suit argues that under Picard's approach, plaintiffs "will be victimized again." In planning their retirements, they "relied on (the statements) and reasonably believed were truthful," it says.

There was no immediate response to a message left with Picard's law firm.

Madoff, who has been jailed, faces up to 150 years in prison at his sentencing June 29.