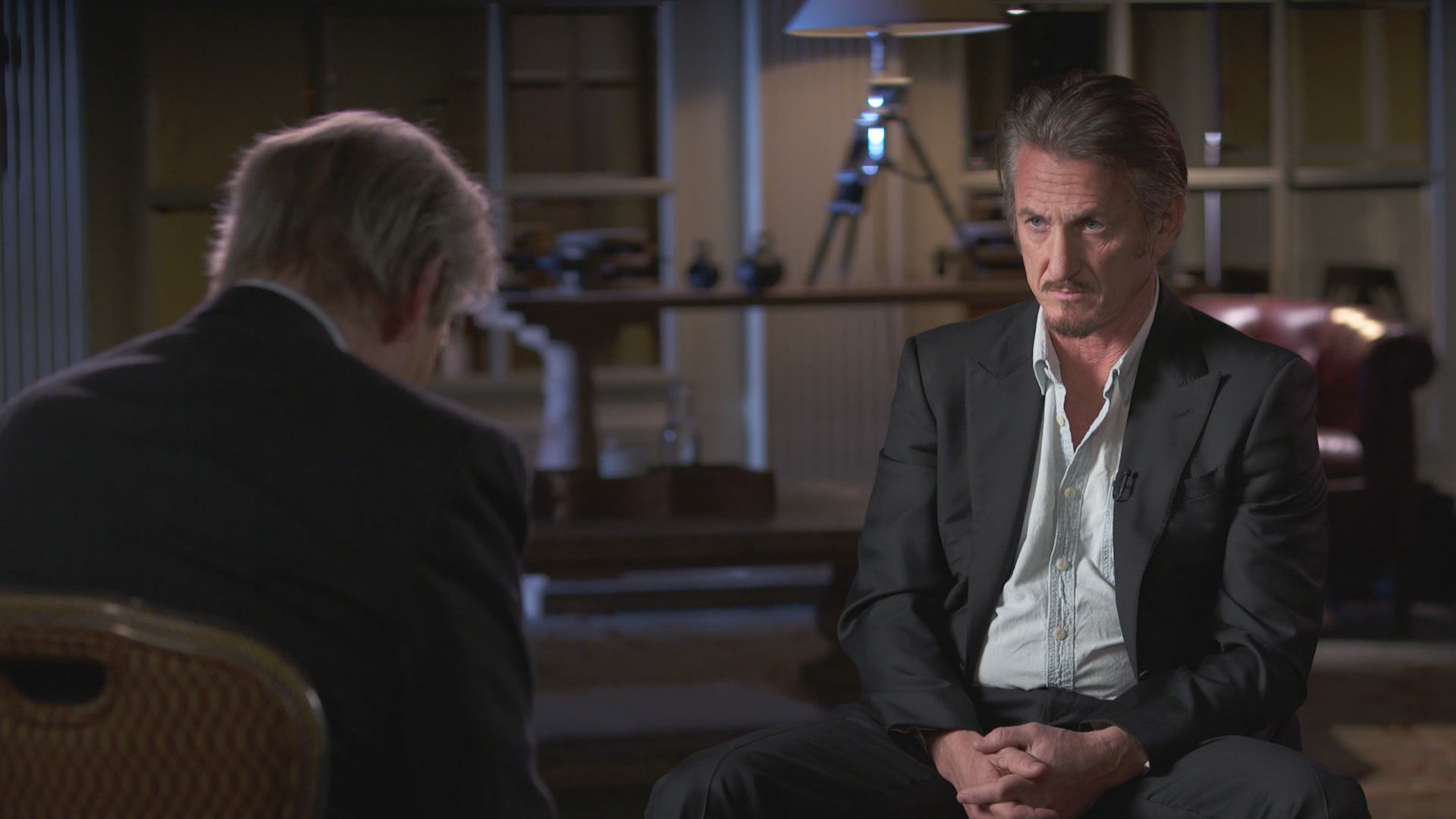 Actor Sean Penn is breaking his silence about his trip to Mexico to meet notorious drug lord Joaquin "El Chapo" Guzman. In an interview for this Sunday's "60 Minutes," Penn spoke to "CBS This Morning" co-host Charlie Rose Thursday night in Santa Monica to talk about his seven hours with Guzman.

The cartel leader was re-captured a week ago, and Penn made headlines the following day when Rolling Stone published his account of visiting the kingpin in hiding last October.

"There is this myth about the visit that we made, my colleagues and I with El Chapo, that it was -- as the Attorney General of Mexico is quoted -- 'essential' to his capture," Penn said. "We had met with him many weeks earlier...on October 2nd, in a place nowhere near where he was captured."

Penn said he believes the Mexican government released the information about Penn in part because they wanted to see him blamed and to encourage the cartel to put him in their crosshairs.

"Are you fearful for your life?" Rose asked.

When Penn decided to pursue the interview with Guzman, he said he only had one thought.

"This is somebody who -- upon whose interview could I begin a conversation about the policy of the war on drugs. That was my simple idea," Penn said.

"Do you make a moral equivalency between El Chapo and people who either buy or sell drugs in America?" Rose asked.

"I do, if it's me," Penn said. "I don't make that judgment for everyone else. But I wouldn't go so far as to buy or sell drugs."

"So he's no better than you or no worse than you," Rose said.

"I can't make him worse than me if I'm not out there doing everything that I can to get a conversation going on the way in which we prosecute that war," Penn said.

In an email exchange with the Associated Press Monday about his meeting with Guzman, Penn said, "I've got nothin' to hide." But he told Rose he has "a terrible regret."

"Let's go to the big picture of what we all want. We all want this drug problem to stop. We all want them -- the killings in Chicago to stop," Penn added. "We are the consumer. Whether you agree with Sean Penn or not, there is a complicity there. And if you are in the moral right, or on the far left, just as many of your children are doing these drugs ... And how much time have they spent in the last week since this article come [sic] out, talking about that? One percent? I think that'd be generous."

"You're saying there's not much dialogue about--"

"As a result of El Chapo," Rose said.

"Let me be clear. My article has failed," Penn responded.

Penn and Rolling Stone also took heat for allowing Guzman to review Penn's article before it was published in the magazine. Rolling Stone publisher Jann Wenner defended the magazine's decision to give El Chapo what he called "story approval," saying "it was a small price to pay."

Penn described himself as an experiential journalist, someone who writes about his experiences and not about things he wasn't present for.

"When you get the story that every journalist in the world wanted, there's a lot of green-eyed monsters who gonna come give you a kiss," Penn said.

"Those are jealous journalists you're suggesting," Rose said.

"That, yes. ...Of course I know that there are people who don't like me out of the gate," Penn said.

"You're not without controversy," Rose said.

"Not without controversy. Fair enough," Penn said. "At the same time, you know, when...'journalists' who want to say that I'm not a journalist -- well, I want to see the license that says that they're a journalist."

Watch the full story this Sunday on "60 Minutes."