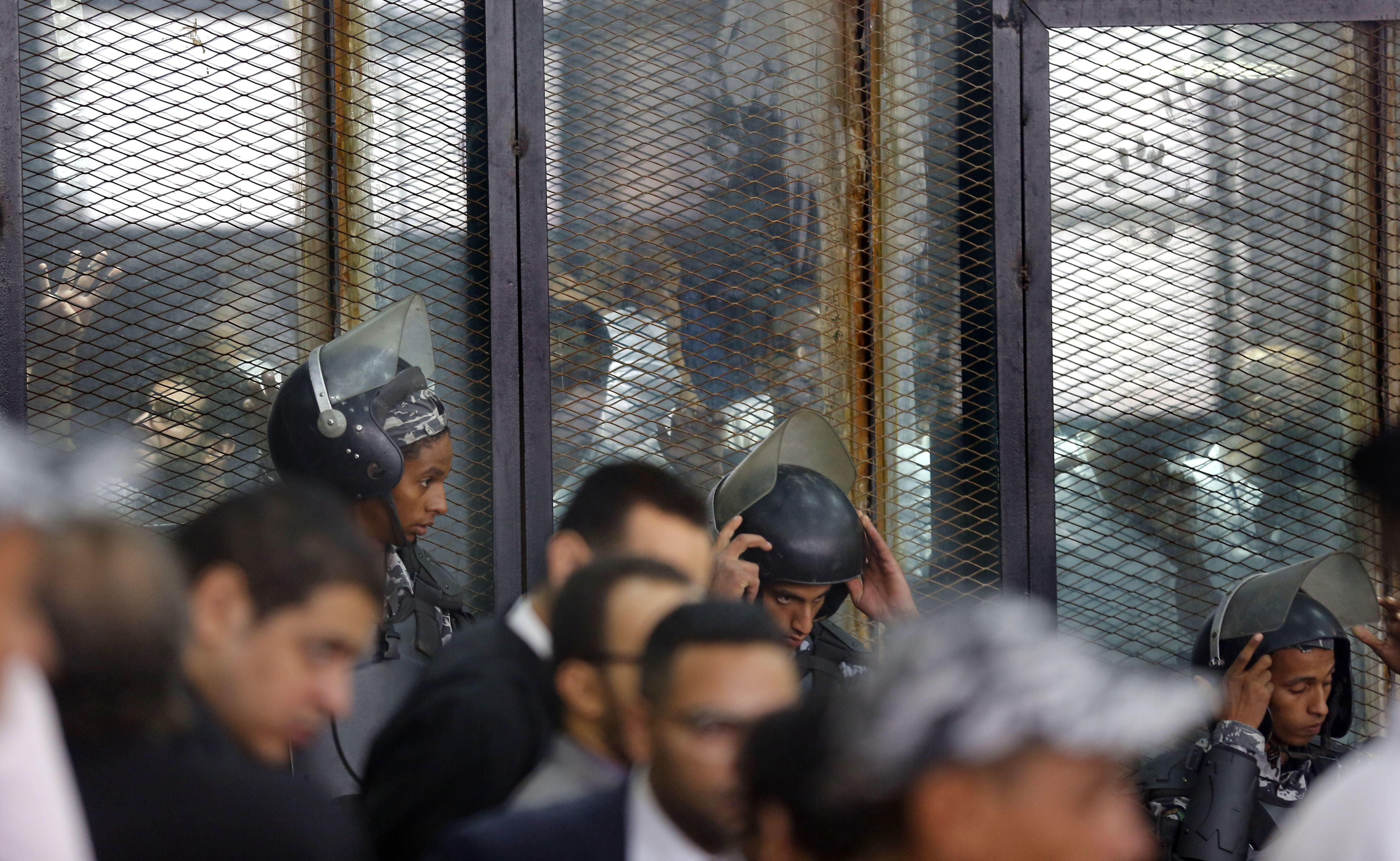 CAIRO -- An Egyptian court sentenced 75 people to death on Saturday, including top figures of the outlawed Muslim Brotherhood group, for their involvement in a 2013 sit-in, state media reported. The Cairo Criminal Court referred the sentences to the Grand Mufti -- the country's top theological authority -- for his non-binding opinion as is the norm in capital cases. Though non-binding, the formality gives a window of opportunity for a judge to reverse an initial sentence.

The sentences are subject to appeal.

Sentencing for more than 660 others involved in the case was scheduled for Sept. 8, the Al-Ahram news website reported. Those sentences, too, are subject to appeal.

Of the 75 defendants referred to the Mufti, 44 are jailed and 31 are at large. The court normally hands down the maximum sentence for fugitives but a re-retrial is typically held after they are caught.

The case involves a total 739 defendants, including the Muslim Brotherhood's Supreme Guide Mohammed Badie and photojournalist Mahmoud Abu Zeid. The charges range from murder to damaging public property. Neither Badie nor Abu Zeid were sentenced to death in this case.

The sit-in was violently dispersed on Aug. 14, 2013. More than 600 people were killed. Months later, Egypt designated the Brotherhood a terrorist organization.

Egyptian authorities have since launched a severe crackdown on Brotherhood members and supporters, arresting many and trying them on terror-related charges. Egyptian courts have held mass trials and handed down death sentences for hundreds of people, drawing international condemnation.

Rights groups have repeatedly criticized such mass sentencings and called on authorities to ensure fair trials. They have also denounced the mass trial of the 2013 sit-in.

"The idea that more than 700 people could all stand trial together in one day, all facing the death penalty in what is clearly a grossly unfair trial that violates Egypt's own constitution beggar's belief," Najia Bounaim, director of campaign in North Africa at Amnesty International, said last month.

"This can only be described as a parody of justice; it casts a dark shadow over the integrity of Egypt's entire system of justice, and makes a mockery of due process," Bounaim said.

In 2014, an Egyptian judge sentenced 529 Morsi supporters to death before 492 were later commuted to life in prison. Death sentences were upheld for the remaining 37.

U.S. citizens travel to Ukraine to help in war efforts
Thanks for reading CBS NEWS.
Create your free account or log in
for more features.
View CBS News In
CBS News App Open
Chrome Safari Continue
Be the first to know
Get browser notifications for breaking news, live events, and exclusive reporting.