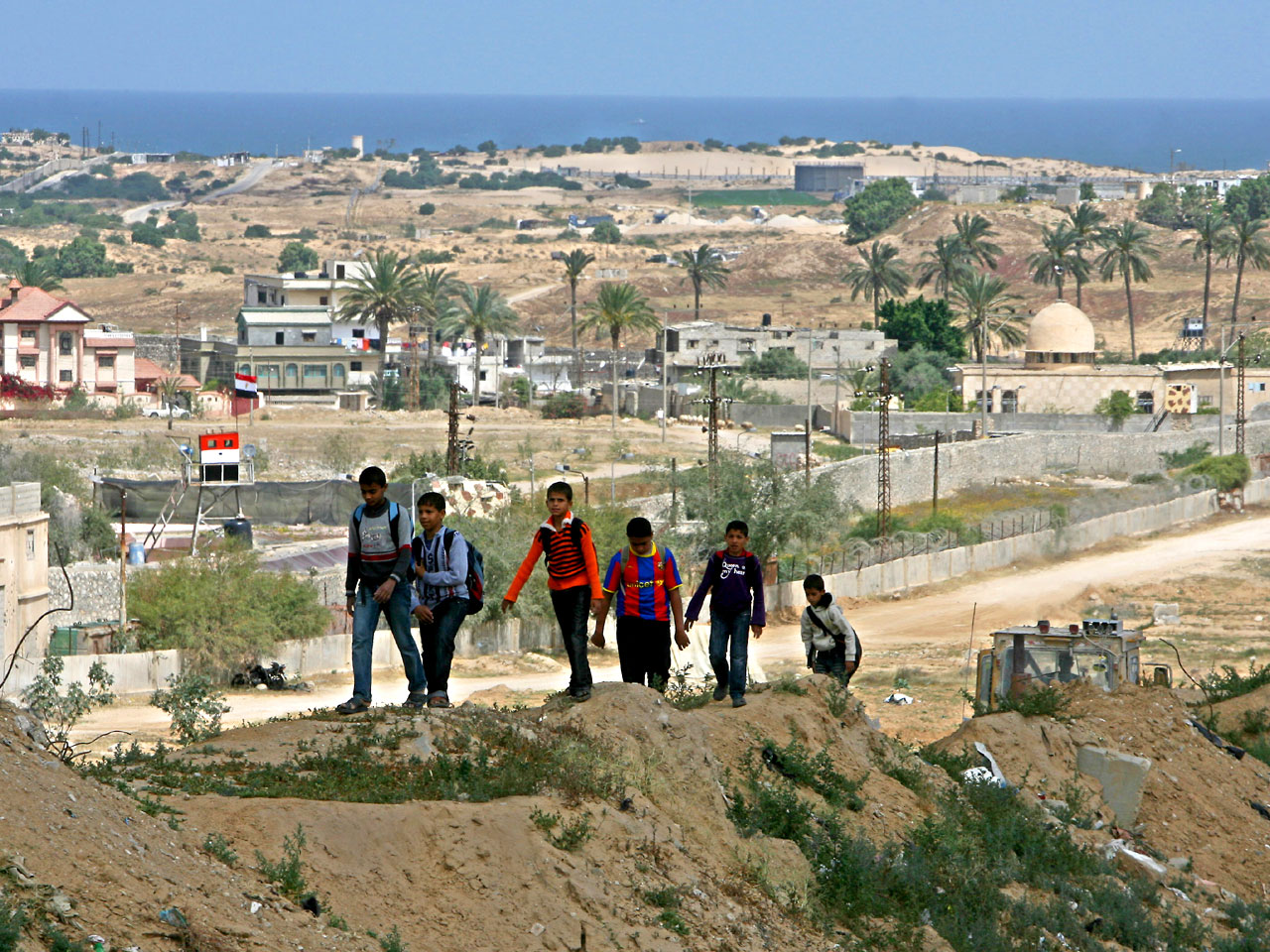 CAIRO - Egypt's decision Wednesday to end its blockade of Gaza by opening the only crossing to the Hamas-ruled Palestinian territory this weekend could ease the isolation of 1.4 million Palestinians there. It also puts the new Egyptian regime at odds with Israel, which insists on careful monitoring of people and goods entering Gaza for security reasons.

The Rafah crossing will be open permanently starting Saturday, Egypt's official Middle East News Agency announced. That would provide Gaza Palestinians their first open border to the world in four years, since Egypt and Israel slammed their crossings shut after the Islamic militant Hamas overran the Gaza Strip in 2007.

During the closure, Egypt sometimes opened its border to allow Palestinians through for special reasons such as education or medical treatment. But with Israel severely restricting movement of Palestinians through its Erez crossing in northern Gaza, residents there were virtual prisoners.

MENA's statement said the old rules will be reinstated, allowing Palestinians with passports to cross into Egypt every day from 9 a.m. to 9 p.m. except for Fridays and holidays.

Entry into Gaza was more complicated. Palestinians ran their side of the crossing. European monitors had a role at the crossing, and they have been waiting to resume that function. Also, Israel was supposed to have a monitoring role from afar, theoretically to stop weapons and militants from entering Gaza.

Mohammed Awad, the Hamas minister of foreign affairs, said he "highly appreciates the decision by the Egyptian brothers to ease the process of travel at Rafah terminal. This reflects the deep relation between us and Egypt, and it will contribute to ease the lives of the Palestinians in Gaza."

Col. Ayoub Abu Shaer, Gaza director of the Rafah terminal, said the two sides have been discussing the changes in recent weeks. Under the proposal, women would be able to leave Gaza without restrictions, while men between the ages of 18 and 40 would have to obtain visas for Egypt at the border.

Benoit Cusin, a representative of the European observers, said they have not received instructions from Israel or the Palestinians. "We are ready when they are," he said.

The decision reflected a change in Egypt's attitude toward Israel since the fall of President Hosni Mubarak in February.

The military council running the country until parliamentary and presidential elections is less concerned about its relations with Israel and has shown more interest in the Palestinians.

Last month, the Egyptian regime successfully brokered a reconciliation between Hamas and rival Fatah, which runs the West Bank government. The two had been at odds since the brief 2007 conflict, when Hamas expelled Fatah forces from Gaza. Repeated efforts by the previous Egyptian government to heal the rift failed.

MENA said the decision to open the Rafah crossing was part of efforts "to end the status of the Palestinian division and achieve national reconciliation." Before the Gaza conflict, the Palestinian Authority under President Mahmoud Abbas ran the Palestinian side of the Gaza crossing, and Israel always objected to Hamas having a role there.

Egypt's Foreign Minister Nabil Elaraby told the Arabic satellite channel Al-Jazeera last month that the closure of Rafah crossing was about to end, calling the decision to close it "a disgusting matter."

Egypt was the first Arab nation to sign a peace treaty with Israel in 1979. There have been polls that indicate many Egyptians would favor canceling the treaty. But that subject is not high on the agenda of Egypt's new rulers who are concerned with internal crises, including unemployment and weeding out corruption.

Besides trapping more than a million Palestinians in Gaza, the Rafah border closure has been largely ineffective.

Gazans have circumvented the blockade by operating hundreds of smuggling tunnels under the nine-mile (15-kilometer) Gaza-Egypt border. The tunnels have been used to bring in all manner of products, as well as people. Israel charges Hamas has used the tunnels to import weapons, including rockets that can reach main population centers in Israel's center.

The tunnel industry is a semi-official Gaza enterprise, with Hamas collecting taxes on goods smuggled in.

Over the past year, the tunnels - and the blockade itself - have lessened in significance as Israel eased its import restrictions, banning weapons and materials it feels could be used for military purposes by Hamas, including many types of construction materials. Israel cut back on its restrictions following world outcry from Israel's violent interception of a flotilla heading for Gaza on May 31, 2010, when nine pro-Palestinian activists were killed.

Israel has complained often about Egypt's inability to stop the smuggling.

In recent months, Palestinian militants in Gaza have fired rockets at Israeli cities, indicating that that have graduated from the homemade, wobbly short-range projectiles to factory-made, longer-range rockets. Israel charges that Iran is among the suppliers, and weapons merchants have been secreting the rockets and other ordnance through Egypt's Sinai desert to the tunnels, and then into Gaza.

Rafah is impractical as a cargo crossing, however, because goods would have to be transported across the 130 mile- (210 kilometer-) wide Sinai desert in Egypt. It also means a long, hot bus trip for Palestinians crossing into Egypt through Rafah.