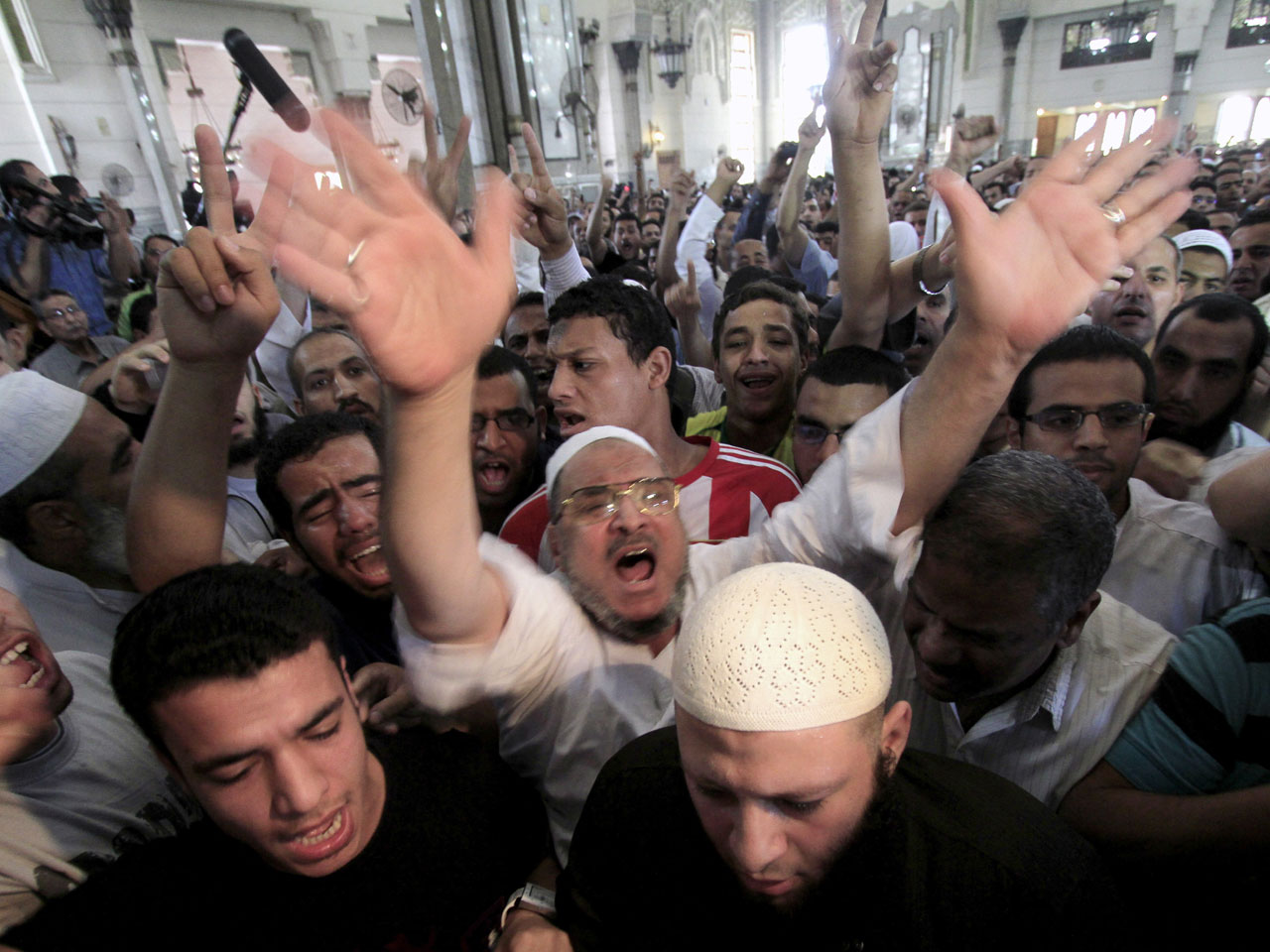 CAIRO - Christians and Muslims fought in the streets of western Cairo on Saturday in violence triggered by word of a mixed romance, Egypt's official news agency reported. At least five people were killed.

The clashes marked an escalation in tension between Egypt's Muslims and its Coptic Christian minority that has coincided with uncertainty surrounding the country's path after President Hosni Mubarak's ouster in February.

Ultraconservative Muslims have renewed protests in recent days accusing the church of abducting the wife of a Coptic priest who the protesters believe converted to Islam. Copts answered back by holding their own rally Friday outside the Orthodox Church to protest what they said was the "targeting of the church."

The news agency said the violence Saturday broke out in the Imbaba neighborhood after word spread that a Christian woman had married a Muslim and was being held in a church against her will.

Hundreds of Muslims converged on the church to demand the woman be released, witnesses said. Copts stood outside the church protecting it. The witnesses said gunfire was exchanged in the melee, including from people shooting from rooftops.

Islamists threw firebombs at the church, leaving the facade burning. Firefighters battled with the fire in the church as violence extended to nearby streets. Fire also hit homes near the church, the witnesses said. Crowds chanted, "With our souls and our blood we defend you, Islam."

Egyptian, TV reported that the military and police were trying to break up the standoff. Witnesses said they used tear gas and fired into the air.

If a Christian woman marries a Muslim, she is expelled from the church. A Muslim woman is not allowed to marry a Christian man, according to state law.

Because divorce is banned under the Coptic Church, unless under stringent conditions, many women resort to conversion as a way to get out of a marriage.

The case of Camilla Shehata, the wife of a Coptic priest, captivated attention last summer and has again become a source of tension.

Ultraconservative Muslims have held protests and appeared on talk shows demanding the return of Shehata to Islam. They accused the police of collaborating with the church by handing Shehata over to church authorities to reconvert her.

On Saturday, Shehata appeared on a Christian TV station broadcast from outside of Egypt in a teleconference with her husband to say she was still a Christian and had never converted.

She said the protests were an attack on the church. "Let the protesters leave the Church alone and turn their attention to Egypt's future." The woman's whereabouts is unknown.

Ultraconservative Muslims have gained prominence in Egypt, becoming more assertive in trying to spread their version of an Islamic way of life.