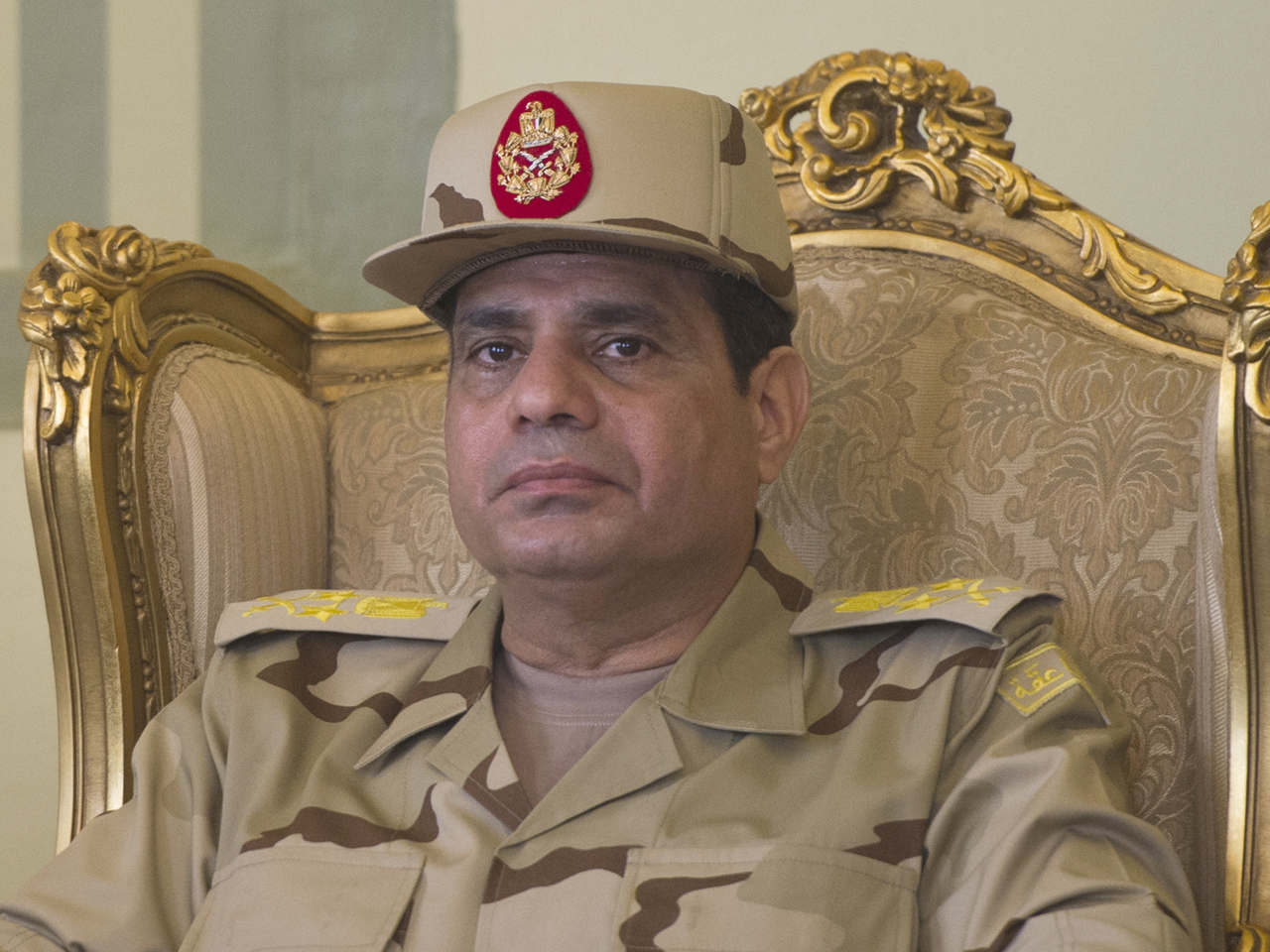 CAIRO A Defense Ministry official said Wednesday that army chief Gen. Abdel-Fattah el-Sissi was meeting with his top commanders, hours before the military's deadline to the president and opposition to resolve the nation's political crisis was set to expire.

The official, who gave no further details, spoke Wednesday on condition of anonymity because he was not authorized to brief the media.

Embattled President Mohammed Morsi vowed late Tuesday to stay in office and called on the military to withdraw its ultimatum, which expires later Wednesday. The military said if no agreement was reached, it would intervene to implement a political road map of its own to shepherd Egypt out of its crisis.

While the military has insisted it is not interested in taking a direct role in the political leadership of the nation, the threat of forcing a political transition on Morsi led his Muslim Brotherhood backers to reject what they see as a threatened military coup.

In a statement issued Monday, al-Sissi said that if Morsi failed to adequately address the demands of the opposition and reach an agreement with them by Wednesday afternoon, the military would suspend the constitution, disband parliament and install a new leadership.

Millions have been taking to the streets since Sunday to call on Morsi to step down, and CBS News correspondent Clarissa Ward said the tension in the Egyptian capital on Wednesday, just hours ahead of the military's deadline, was sky-high.

The Islamist leader demanded Tuesday that the powerful armed forces withdraw their ultimatum, saying he rejected all "dictates" -- from home or abroad. Outside on the streets, the sense that both sides are ready to fight to the end sharpened, with clashes between his supporters and opponents. Officials told The Associated Press the violence left at least 23 dead, most of them in a single incident of fighting outside Cairo University.

In an emotional speech aired live to the nation, Morsi, who a year ago was inaugurated as Egypt's first freely elected president, pledged to protect his "constitutional legitimacy" with his life. He accused loyalists of his ousted autocratic predecessor Hosni Mubarak of exploiting the wave of protests to topple his regime and thwart democracy.

"There is no substitute for legitimacy," said Morsi, who at times angrily raised his voice, thrust his fist in the air and pounded the podium. He warned that electoral and constitutional legitimacy "is the only guarantee against violence."

Morsi's defiant statement showed that he and his Muslim Brotherhood are prepared to run the risk of challenging the army. It also entrenches the lines of confrontation between his Islamist supporters and Egyptians angry over what they see as his efforts to impose control by his Muslim Brotherhood and his failures to deal with the country's multiple problems.

Al-Haddad called the threat "completely unacceptable," but added that his organization would not be caught off-guard if the military makes good on its threat.

Elyazal told Ward that technically, Morsi has the right to finish his term because he was democratically elected. "But you want me to wait until we see our country completely collapsed?" he said. "In the first year, he did many mistakes. Look at the economy in Egypt. I am running with my pistol in my back, why, because the streets of Egypt are not safe."

The crisis has become a struggle over whether a popular uprising can overturn the verdict of the ballot box. Morsi's opponents say he has lost his legitimacy through mistakes and power grabs and that their turnout on the streets over the past three days shows the nation has turned against him.