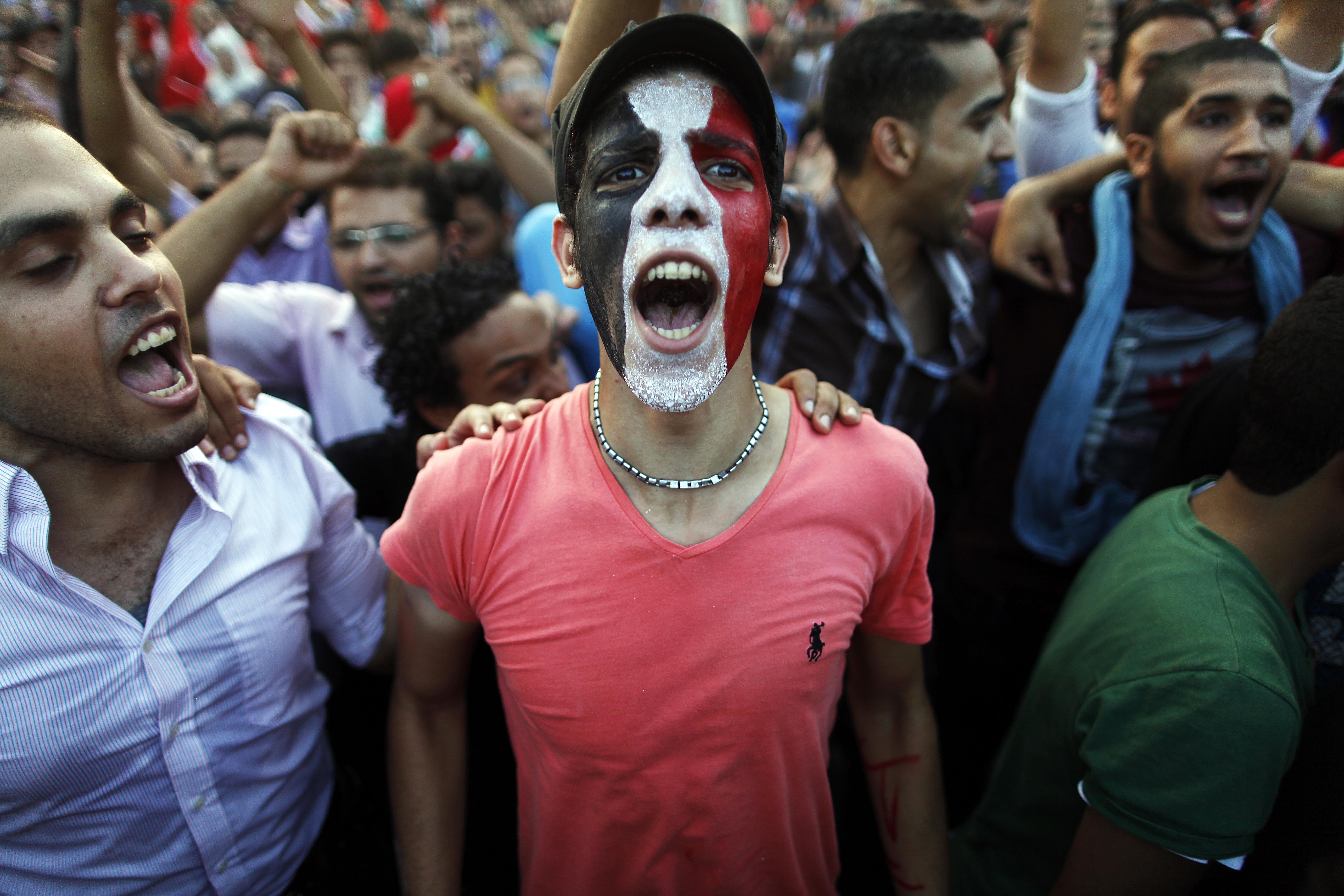 CAIRO Demonstrators gathered again Tuesday morning in Cairo's central Tahrir Square, ready to voice their grievances against President Mohammed Morsi as Egypt gears up for another day of mass protests.

The demonstrators say they're fed up with Morsi's handling of the economy, and virtually every other aspect of his leadership.

There are lines for bread now in Egypt. There are lines for gas, and there are rolling blackouts. The vital tourism industry is all but dead, and the protesters say Morsi and his Islamist backers in the Muslim Brotherhood are to blame.

They also say Morsi has broken his pre-election promises to build an inclusive government. They accuse him of stacking key positions with Muslim Brother appointees, and they disapprove of the constitution that Mursi pushed through, which they say does not do enough to protect the rights of women and minorities. To many Egyptians, that constitution functioned as an extension of Morsi's Islamist agenda.

The demonstrators erupted in applause when the military announced its 48-hour deadline for Morsi to find a solution to the crisis on Monday.

They saw it as a clear show of support from the powerful military, and a sure sign that Morsi's days are numbered. The military has said it is not planning to stage a coup -- that it just wants both sides to find a political solution to the crisis, but to many on the streets here, it looks like a threatened coup, and it's impossible to see how Morsi can meet the deadline with an opposition that refuses to even sit down with him.

Morsi's supporters are also planning to take to the streets again on Tuesday.

They say their president was democratically elected, that he has a right to finish his term and that him stepping down would only contribute to the political instability here.