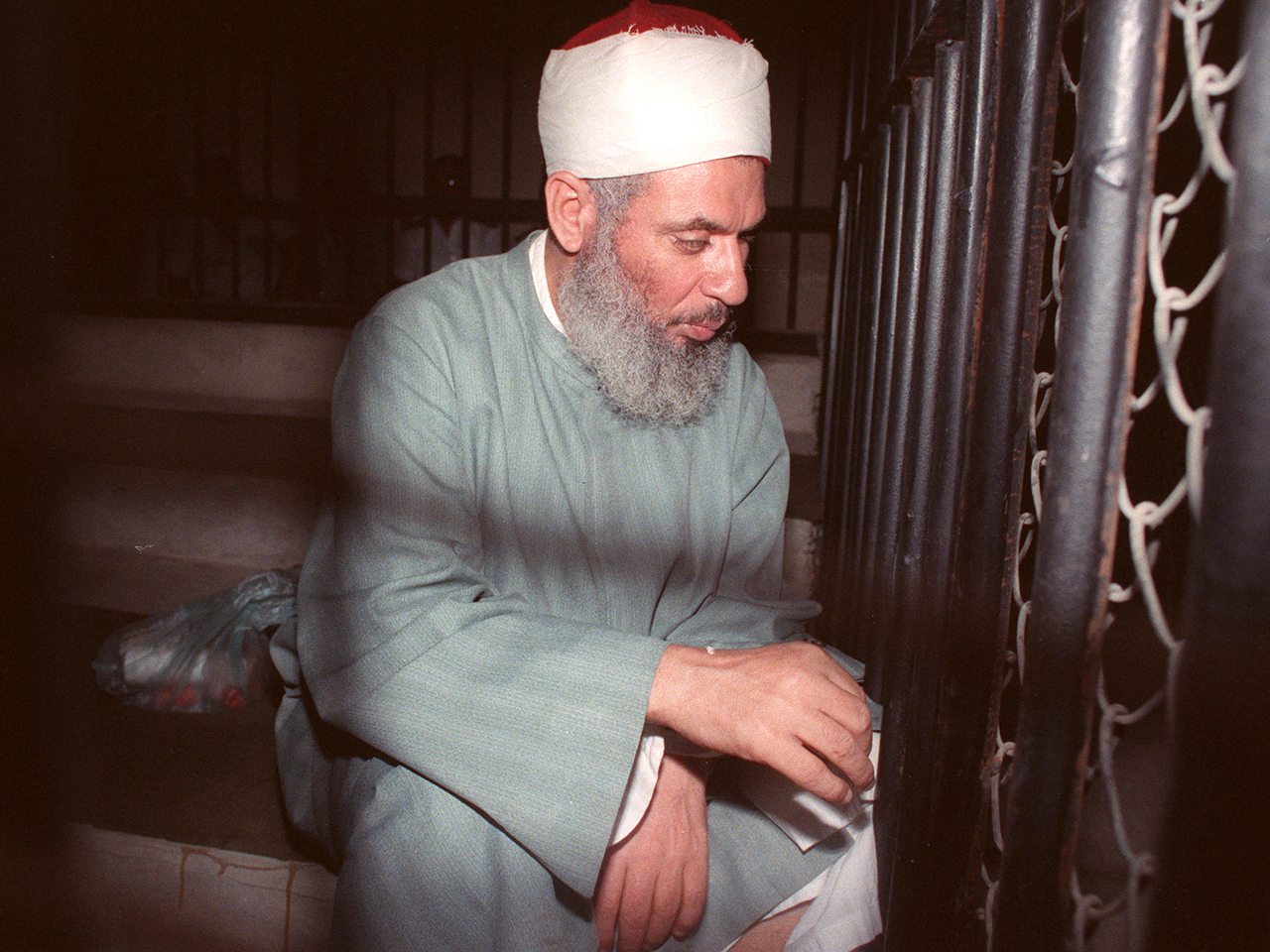 (AP) CAIRO - In his first public speech addressing tens of thousands of mostly Islamist supporters, Egypt's president-elect Mohammed Morsi has vowed to free the blind sheik jailed in the U.S. for a plot to blow up New York City landmarks.

The sheik is serving a life sentence for conspiracies to blow up New York City landmarks, including the United Nations, and assassinate then-Egyptian President Hosni Mubarak.

In September 2003, he was transferred from the federal Supermax prison in Colorado, where the country's most notorious inmates are held, to the U.S. Medical Center for Prisons in Springfield, Mo. Prisons officials said then that Abdel-Rahman has suffered from diabetes, which threatened the loss of his limbs.

Morsi vowed Friday that nobody can take away his authority and symbolically read an oath of office in Cairo's Tahrir Square on the eve of his official inauguration.

His strongly worded speech was a show of defiance as he gears up for a power struggle with the country's ruling generals who passed a constitutional declaration taking over major presidential powers in the days before election results were announced.

"Everybody is hearing me now. The government, the military and the police ... No power above this power," he said as the crowd roared.

Morsi promised to reject any efforts to take away the power of the people, telling his supporters, "you are the source of legitimacy and whoever is protected by anyone else will lose."

Morsi, the 60-year-old U.S. trained engineer who initially was put forward as a back-up candidate for the Muslim Brotherhood, addressed the crowd with a booming voice as he was flanked by several security guards.

At one point he opened his jacket to show the crowd he wasn't wearing a bulletproof vest, saying he "fears no one but God."

Many protesters had called for Morsi to hold his swearing-in ceremony in the square, the epicenter of mass protests that ousted Mubarak, but the military generals ordered the swearing-in to be held in front of a high court, in the absence of a parliament. The ceremony was scheduled to be held Saturday.

However, he read an informal oath during his speech to the delight of the crowd. Many chanted "We love you Morsi" and "Oh marshal tell the truth, Morsi is your president, or not," referring to the head of the ruling military panel Field Marshal Hussein Tantawi.

The ruling generals have promised to transfer power to an elected president by Sunday. But they also have given themselves sweeping powers that undercut the authority of the president. The constitutional declaration — issued days before the winner of a runoff vote was announced — also designated the generals the country's legislature in place of the disbanded parliament.

The disbanding of parliament forced Morsi to take his oath in front of the Constitutional Court, which ruled against the parliament and whose judges were appointed by Mubarak.