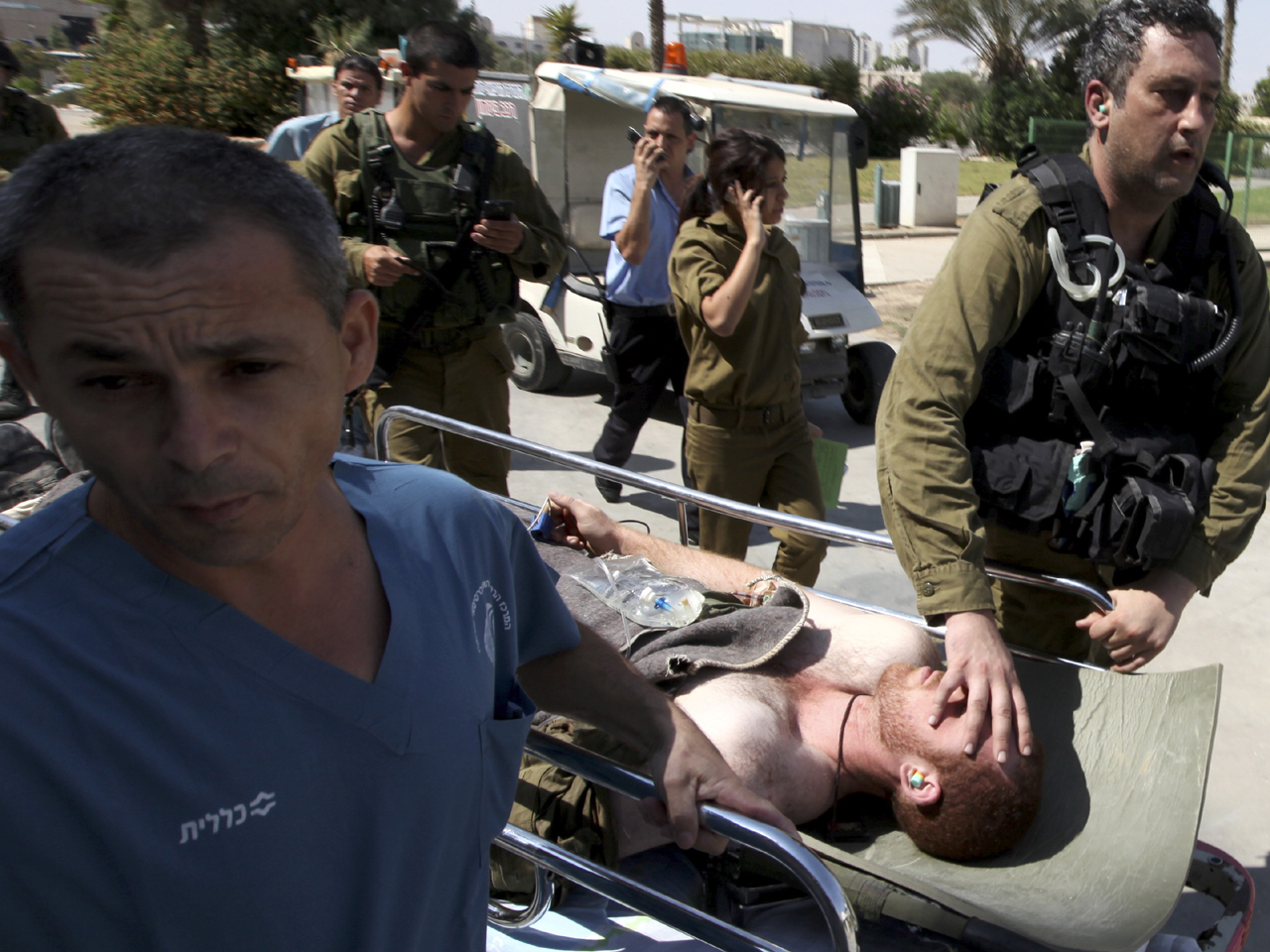 (AP) JERUSALEM - Israeli officials said Sunday they would resist any Egyptian attempts to reopen the military arrangements under the countries' historic peace deal, despite the rapidly deteriorating security situation in Egypt's Sinai peninsula.

But following a series of attacks staged by militants in the Sinai, including a raid that killed an Israeli soldier last week, Israel may have no choice but to allow Egypt to beef up its forces in the largely demilitarized border area.

Friday's shooting is likely to fuel new Egyptian calls to reopen the peace treaty. In recent years, as shadowy militant groups have grown more active in the Sinai, Egyptian security officials have said they need to be allowed more firepower to bring the area under control. Ansar Jerusalem, a group inspired by al-Qaida that is hostile to both Israel and Egypt, claimed responsibility for the latest attack.

For now, Israel is standing tough. Israel's hard-line foreign minister, Avigdor Lieberman, said Sunday that Israel would not agree to reevaluate the terms of the peace deal.

"There is no chance that Israel will agree to any kind of change," he told Israel Radio. "The Egyptians shouldn't try to delude themselves or delude others, and they should not rely on this demand."

Lieberman said troop strength was not the issue and suggested the Egyptian military was just not prepared to tackle the challenge.

"The problem in Sinai is not the size of the forces, it is their readiness to fight, to put pressure and to carry out the job as is needed," he said.

The 1979 peace accord, the first between Israel and an Arab country, has been a foundation for regional stability for three decades.

For Egypt, it brought the return of the Sinai, captured by Israel in the 1967 Middle East war, and access to American aid and weapons. For Israel, it allowed the military to divert precious resources to volatile fronts with Lebanon, Syria and the Palestinians.

This arrangement, however, has been jolted by the growing unrest in the Sinai since an uprising toppled longtime Egyptian President Hosni Mubarak last year. Friday's attack was the third deadly border raid since Mubarak's ouster.

Israeli jitters have been heightened by Egypt's election this year of a president from the Muslim Brotherhood, Mohammed Morsi. The Islamist group, cool to Israel, has said that Egypt will continue to abide by the accord. At the same time, it has repeatedly called for changes in the treaty's limits on troops in Sinai, seen as humiliating.

Behind the tough Israeli rhetoric, there are already signs of change. Under the agreement, Egypt is limited to light police functions in a roughly 20-mile (30-kilometer) strip of the Sinai next to Israel's border. In many cases, these forces have been outgunned by militants equipped with heavy weapons, rockets and mortars.

On several occasions, Israel has allowed the Egyptians to bring in extra troops, most recently after militants killed 16 Egyptian soldiers in an Aug. 5 clash.

Israel welcomed a subsequent crackdown by Egypt, which deployed armored personnel carriers and attack helicopters to root out militants in the Sinai this summer. But it balked once Egypt sent in tanks, some of which were removed after Israel complained.

While the tanks were not aimed at Israel and it does not consider them a strategic threat, Israeli officials said they were concerned about the precedent and that the move should have been coordinated. Israeli defense officials consider the peace agreement a matter of principle, and believe that bending its provisions could cheapen its significance.

"It is very important to protect the peace agreement, in particular the military appendix," Amos Gilad, a senior Defense Ministry official who is Israel's point man with Egypt, told Army Radio. "This deal is bilateral and agreements on changes are reciprocal. You can't open an agreement and alter it unilaterally."

In comments published in the online Dostor newspaper, one of Egypt's independent dailies, a Morsi adviser, Mohammed Seif el-Dawla, was quoted as saying he will soon give the president a proposal on amending the treaty between Egypt and Israel.

El-Dawla provided no details of the proposal, which he said would be drawn up by a panel of consultants. Amending the treaty, he said, was "a popular demand and a strategic and security need."

Hossam Sweilam, a former Egyptian general and military analyst, said such proposals are politically motivated and meant to play to nationalist sentiments. He noted that Egypt has already worked with Israel to boost troop levels in Sinai.

Egypt "got what (it) wanted and there was no objection from Israel," he said. Egypt now has more than 2,200 soldiers in the demilitarized area, along with military helicopters and mechanized brigades.

He estimated there are about 1,600 militants in the Sinai, intent on establishing an Islamic emirate there. They maintain close ties with Palestinian militants in the neighboring Gaza Strip, he said.

Eli Shaked, a former Israeli ambassador to Egypt, predicted that because of the shared interests, the two countries will work out a mutually acceptable arrangement.

"We share the same interest, cleaning the Sinai, the whole peninsula, from those elements," he said.

This might even mean formal changes to the peace accord, he said, albeit only if both sides agree.

"I cannot reject the possibility that there will be changes, with the consent of both sides, with both sides discussing it and agreeing upon the necessary amendments," he said. "I believe this will be the case."