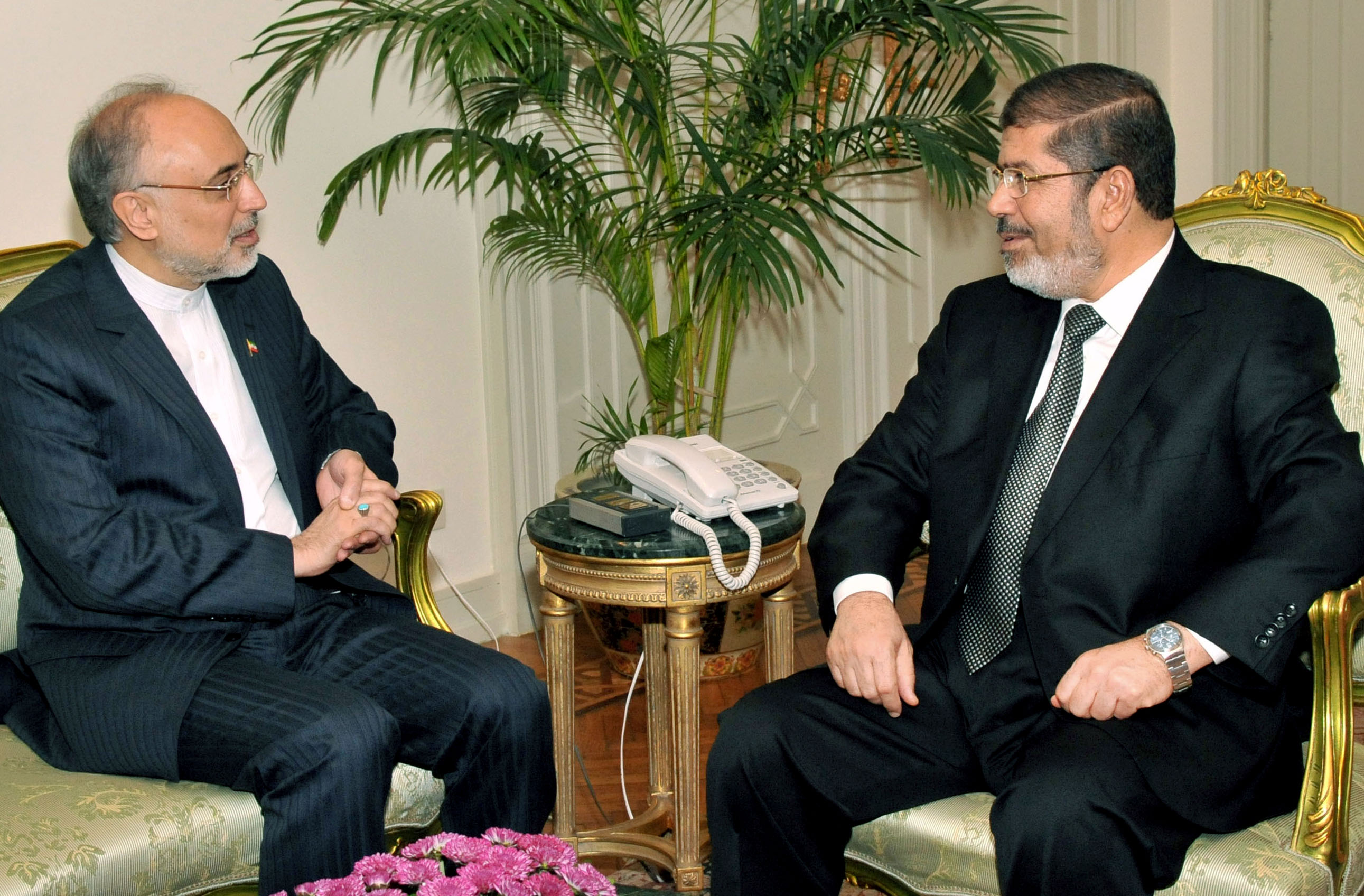 (AP) CAIRO - Egypt's president on Saturday stressed the need for his country to have a bigger role in international affairs, using his first local television interview to urge the Syrian government to end the carnage coursing through Cairo's onetime ally.

"The Syrian regime needs to understand that the continuation of bloodshed goes against all laws, desires, history and humanity," Mohammed Morsi said in the hour-long interview, broadcast on state TV.

The one-on-one interview addressed a range of issues facing the new president, who was sworn into office on June 30 in the country's first free presidential elections. He assumed the post after a rocky transitional period governed by the country's military, which took power after last year's uprising that ousted longtime President Hosni Mubarak.

Egypt's uprising inspired others in the region, including in Syria.

"Egypt is not on the sidelines of this problem. There is a positive and personal relationship between the Egyptian people and the Syrian people," Morsi said, in a reference to the shortly-lived alliance that ended in 1961 between Egypt and Syria, when both nations shared the same flag as part of a union. "The Syrian struggle pains us now, pains all people of the region."

Morsi has launched an "Islamic Quartet" of regional powers to seek an end to the violence, bringing together Egypt, Turkey, Saudi Arabia and Iran.

"I do not believe Iran's presence in the group is part of the problem, but part of the solution" Morsi said, adding that he hopes the four nations along with other countries can meet "at the highest level" on the sidelines of the U.N. General Assembly meeting later this month.

Morsi, who is scheduled to travel Sunday to New York for the U.N. meetings, has been criticized by some in Egypt for focusing too much on foreign affairs and doing little to address Egypt's internal challenges.

In the interview, he explained that in order to help Egypt domestically, he needs to reach out to other nations, particularly in Africa, and increase investments from the West and China to help build the country.

While he did not discuss Israel, with which Egypt has a decades-old peace treaty following years of war, Morsi said that "there cannot be peace in the Middle East without giving Palestinians their full rights."

"This is what the peace treaty was based on — a full and balanced (regional) peace," he said, referring to the 1979 accord that ended decades of hostility between Egypt and Israel, but did not contain the conflict between Palestinians and Israelis.

"Egyptians are always and will always be supportive of their Palestinian brothers, all Palestinians," he said. Palestinian militant group Hamas, which rules the Gaza Strip, is itself an offshoot of Morsi' Muslim Brotherhood group, which has long rallied for Palestinian statehood.

The ruling means that Morsi now maintains legislative powers in the absence of parliament, after the forced retirement of generals with which he previously shared powers.

"I will not use my legislative powers except in a very limited framework," he said in the interview.