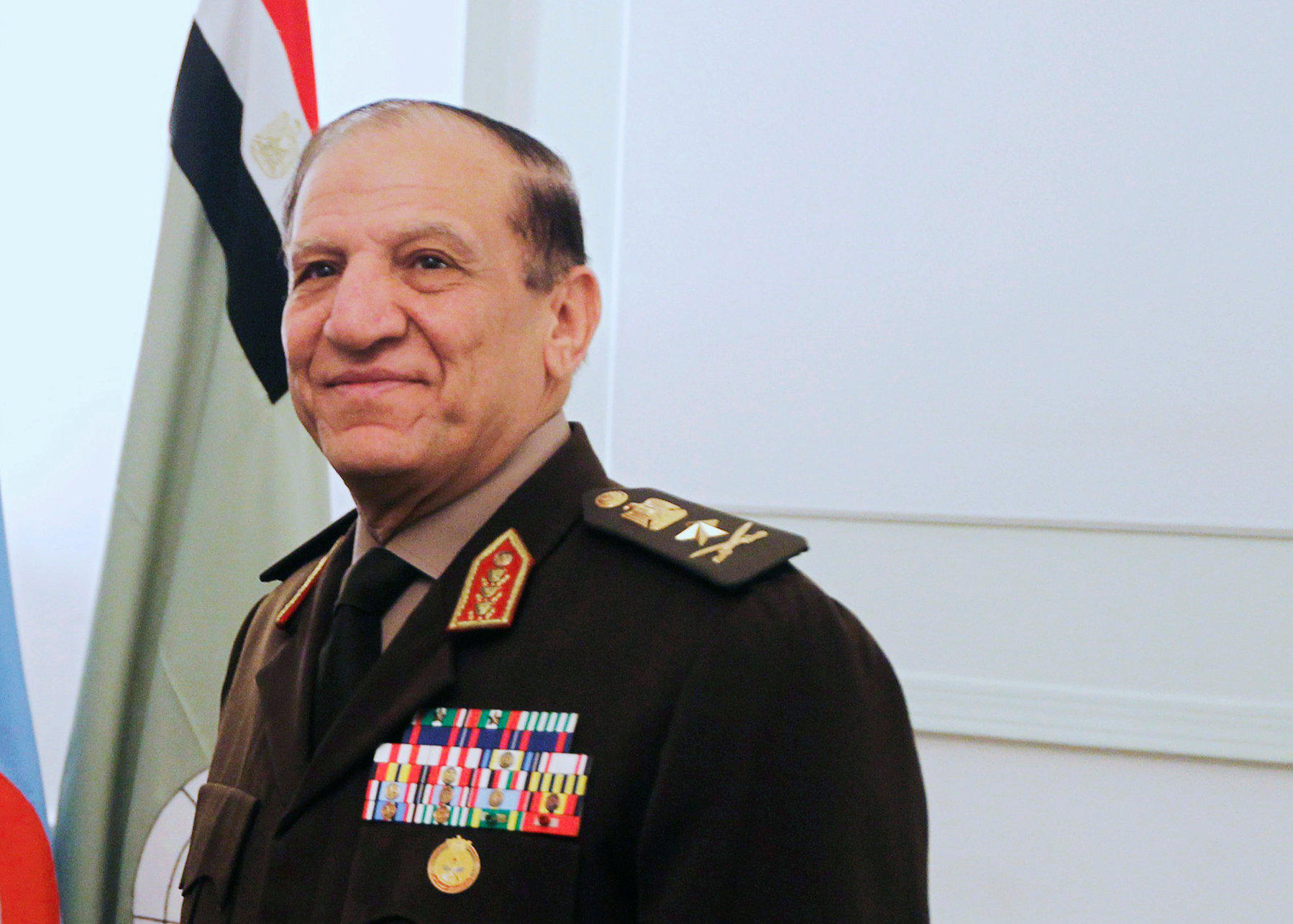 CAIRO -- Less than two weeks after announcing his candidacy, Egypt's former chief of staff was arrested Tuesday on suspicion of incitement against the armed forces and other charges in what appeared to be a calculated move to force out the last potentially serious challenger to President Abdel-Fattah el-Sissi. Former Gen. Sami Annan became the latest in a series of potential contenders who have dropped out or been driven from the presidential campaign.

El-Sissi, himself an ex-general, is considered virtually certain to win re-election in the March 26-28 balloting. But Annan could have drawn a substantial protest vote, bolstered by his own army credentials and his calls for political inclusion.

With one would-be candidate after another dropping out of the race, analysts have said the election could end up being much like the one-candidate referendums for president that took place during decades of authoritarian rule in Egypt, a country of about 100 million people.

Ahead of the vote, the overwhelmingly pro-el-Sissi media have been building a personality cult portraying him as the only man qualified to lead, while denouncing each potential challenger.

The Egyptian army broadcast a statement on state TV Tuesday accusing Annan of a "serious breach of the laws of military service," BBC News reports. It said Annan was "blatantly inciting" violence against the Egyptian armed forces in attempt to "drive a wedge between the armed forces and the great Egyptian people."

With Annan out of the race, only one serious potential challenger is left: Prominent rights lawyer Khaled Ali. But his candidacy is also at risk because he was convicted in September of making an obscene hand gesture in public, and if that ruling is upheld on appeal, he will be ineligible. The next appeal hearing is scheduled for March 7.

An aide at Ali's campaign, Khaled Abdel-Hameed, told the Associated Press that Ali and his campaign leaders would assess the situation following Annan's arrest.

"All options are open, including quitting the race," he said. Ali's campaign said late Tuesday in a statement that it would announce its "final" position Wednesday in regard to the election.

Annan, who was the armed forces' chief of staff until 2012, was arrested Tuesday at the same time that the military put out a statement listing the allegations against him, a security official said, speaking on condition of anonymity because he was not authorized to talk to the press. The arrest was also confirmed by two of Annan's aides, Mustapha al-Shall to the AP and Mahmoud Refaat on Twitter.

The circumstances of his arrest were not clear, but there were unconfirmed reports that he was arrested by military intelligence personnel while being chauffeured in Cairo en route to his campaign headquarters.

The military said Annan was still formally in the armed forces' reserves and thus ineligible to vote. It said he would be questioned on charges of forgery for allegedly fraudulently registering to vote and on charges of breaching regulations by declaring his intention to run without first clearing it with the military.

It also said he faces possible charges of incitement against the armed forces in a video announcing his candidacy earlier this month. The chief military prosecutor slapped a news blackout effective immediately on details of the investigation, saying the media must only report official statements on the case.

"The armed forces could not allow itself to ignore the blatant legal violations committed by the aforementioned, which constituted a gross breach of the rules and regulations governing the service of armed forces officers," said the statement.

Hazem Hosni, a spokesman for Anan, told the Reuters news agency the charges "come from an inaccurate reading of Anan's announcement."

If charged, Anna could face court-martial. In a brief statement, Annan's campaign said it was suspending its activity indefinitely "out of fear for the safety and security of all citizens who dream of change."

It was not clear what the incitement allegation referred to. In his video announcing his candidacy, Annan spoke of deteriorating living standards and what he called the "erosion" of the state's capabilities, and he blamed it on the policy of increasingly involving the military in the economy and politics.

He said "wise" policies were needed to bring in the civilian sector, but that required respect for the constitution and guarantees of freedoms. He also took the unusual step of appealing to the military and state institutions to remain neutral in the election, saying they should not be biased in favor of el-Sissi.

Annan was seen as a long shot to win the election. But it likely would have been embarrassing for el-Sissi to face a candidate from within Egypt's powerful military establishment. His candidacy also could have drawn a sizable protest vote from Egyptians struggling under high prices resulting from el-Sissi's ambitious reform program to overhaul the battered economy.

He also could have gotten votes from secular pro-democracy activists and supporters of the outlawed Muslim Brotherhood, two camps that have been targeted in a massive crackdown on dissent under el-Sissi that has jailed thousands, mostly Islamists. Authorities have also silenced most critics in the media, restricted rights groups and effectively banned street protests.

Annan was chief of staff under longtime autocrat Hosni Mubarak and then was removed from his post, along with the defense minister, by President Mohammed Morsi, the Brotherhood stalwart elected after Mubarak's ouster in 2011. Morsi then elevated el-Sissi to defense minister.

In 2013, el-Sissi led the military's ouster of Morsi, amid massive protests of Brotherhood rule. El-Sissi has been in power since then, winning Egypt's 2014 presidential election. On Friday, he announced his plan to run for a second term.

Meanwhile, two other presidential hopefuls besides Annan have been forced to quit the race. Former prime minister and air force Gen. Ahmed Shafiq said he did not think he was the "ideal" man to lead the nation after days of harsh criticism by pro-el-Sissi media. Shafiq finished a close second to Morsi in 2012, which would have potentially made him a powerful contender this year.

Another would-be candidate was former lawmaker Mohammed Anwar Sadat, the nephew of the Egyptian leader who was assassinated in 1981. He said he quit the race partially because he feared his supporters could be subjected to arrest or intimidation by authorities.