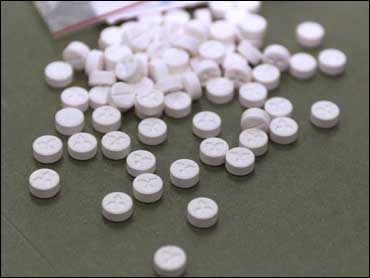 People suffering from the agony of post-traumatic stress disorder (PTSD) may one day find relief with Ecstasy.

A small clinical trial found that 80 percent of participants treated with a combination of methylenedioxymethamphetamine (MDMA) and psychotherapy no longer showed signs of PTSD, with no serious side effects.

Three people who also said the disorder prevented them from going to work were able to return to their jobs after the treatment.

The study is the first completed clinical trial evaluating MDMA as a therapeutic adjunct since it was criminalized in 1985 owing to recreational use of the drug, known by its street name Ecstasy.

Twenty patients who had suffered with chronic PTSD for an average of more than 19 years and who had not obtained relief from both psychotherapy and psychopharmacology were randomly assigned to two eight-hour psychotherapy sessions, with 12 subjects receiving the drug and eight receiving a placebo.

Both groups also received psychotherapy before and after the drugs were administered. Follow-ups were conducted four days and two months after each day-long session.

At all recorded times after baseline, a decrease in Clinician-Administered PTSD Scale scores was significantly greater for the group that received MDMA than for the placebo group.

The rate of clinical response, according to diagnostic criteria for PTSD as stipulated in the DSM-IV-TR, was 83 percent in the active treatment group, versus 25 percent in the placebo group.

Investigators did detect raised blood pressure and other symptoms in the MDMA group. But there were no drug-related serious adverse events, adverse neurocognitive effects, or clinically significant blood pressure or temperature increases.

A long-term follow-up evaluating the same subjects is underway.

The authors did state that most participants accurately guessed whether they were receiving MDMA or the placebo, which has no psychoactive effect. The trials also did not look at gender or ethnic factors in their sample selection.

The study's authors also admit that the two all-day therapy sessions and overnight stays at the clinic are not usual features of outpatient psychotherapy. But they believe that MDMA-assisted psychotherapy can be administered to PTSD patients without evidence of harm, who have been resistant to other treatments.

The study, published today in the Journal of Psychopharmacology, was sponsored by the Multidisciplinary Association for Psychedelic Studies (MAPS) which, through its MDMA Psychotherapy Research Fund, hopes to develop MDMA into an FDA-approved prescription medication for therapeutic use in conjunction with PTSD.