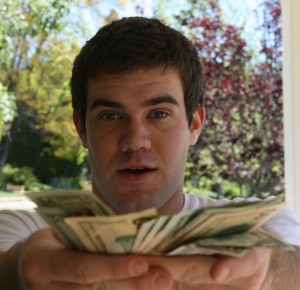 Have you been contacted about repaying a debt you don't think you owe or faced abusive tactics to collect a debt that is yours? You've got plenty of company.

Reports of rampant debt-industry abuses have legislators, government regulators, and consumer protection agencies taking aim at the specialized financial firms that try to recover "Zombie" debts, or those past the legal statute of limitations for collection. Other common offenses -- trying to collect from people with the misfortune of having names similar to that of a debtor and violating laws that ban collectors from threatening and harassing debtors.

The Federal Trade Commission is expected next week to reveal that it is taking action against a company that allegedly worked with a call center in India in an effort to badger consumers into paying debts they didn't owe. It's just the latest in a series of federal enforcement actions in the last year aimed at stopping abusive and fraudulent collection practices.

The newly minted Consumer Financial Protection Bureau, meanwhile, has proposed a rule that would heighten regulatory scrutiny over an industry that's generated more consumer complaints than any other. An Oklahoma legislator also has introduced a bill to curb abuses in the state.

Why all the attention on debt collection? About 30 million Americans face some form of debt collection, owing an average of $1,400 in back debts, according to the CFPB. In the past few years, the industry has become dominated by debt collectors that have purchased bad loans on the secondary market for pennies on the dollar, said Bill Bartmann, who is president of Tulsa, Okla., debt-collection firm CFS II and who helped write the Oklahoma proposal.

Loans might be sold repeatedly, with lenders transferring consumer data, frequently without ensuring that they know who actually owes the debt. The result is that a growing number of innocent consumers are being being pressed to repay debts they don't owe.

Unlike a retailer that may want to collect a debt without losing a long-time customer, these debt-buyers have no customer relationship with the person who ran up the bills. Thus, they're often far more aggressive than the debt collectors of yesteryear.

Consumer-protection law bars collectors from using abusive and harassing tactics, ranging from calling at work and calling excessively to using profane language or threats. However, these laws are frequently ignored. The Federal Trade Commission reports that debt collectors are the subject of more complaints than any other industry.

What can be done? The proposed Oklahoma law provides a nice framework. It would:

-- Require that debt buyers, when transferring a debt, transfer all information about the consumer

In the meantime, consumers need to know their rights. If you are being harassed by debt collectors, check out the FTC's primer on the Fair Debt Collections Act.