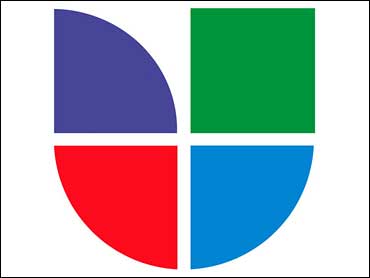 This story was written by David Montgomery.


His is the voice of presidents, but tomorrow night in Miami -- after much study and meditation, an energy bar, almonds and water without ice -- Vincente J. de la Vega will lend it to Barack Obama.

He will track the candidate's mood and mannerisms, chart any eruptions of emotion, channel any tempests of tone. For 90 minutes the Havana-born de la Vega will do his best to "become" the African American senator from Illinois. Whatever Obama says during the Democratic presidential candidates debate in Miami, de la Vega will say it for him -- in Spanish. Whenever Obama's lips move, a national television audience of Spanish speakers will hear de la Vega's supple baritone.

A team of interpreters working for de la Vega will perform the same service for the seven other Democratic presidential candidates participating in the historic forum tomorrow at 7 p.m. It is the first presidential candidates debate broadcast live in Spanish, on Univision, the highest-rated Spanish-language television network in the United States. It will take place at the University of Miami. Univision is not saying how many viewers it expects, but the network's nightly news program gets an audience of 1.5 million, according to Univision.

The voice of New York Sen. Hillary Rodham Clinton will be done by a woman, of course.

The art and technology of simultaneous interpretation -- not translation, that's for printed words, not spoken ones -- is a central wrinkle of this candidates forum. It will go down in history as the pioneering debate in Spanish where . . . speaking Spanish is forbidden!

More on that in a minute.

"You need to live that person, and act that person, when you are interpreting for them," de la Vega says by telephone from Miami, where he is the president and founder of Precision Translating Services.

The sound of those vocal cords is familiar to many. For Univision, de la Vega, 58, says he has rendered the pronouncements of every president since Ronald Reagan, plus countless celebrity guests on the network's variety shows.

He assigned himself the role of Obama, because, he says, "I like him, I like his platform."

To prepare, he has been studying a DVD of Obama's public speaking and debate performances, absorbing characteristic vocabulary, verbal ticks, inflections. Interpreters for the other candidates, also working for de la Vega's company, have been doing the same. (Nobody needs to bone up on the Republican candidates yet. Only John McCain said yes to Univision's invitation for a GOP debate, so it's on hold.)

"Even though he at times is a fast speaker," de la Vega says of Obama, "his enunciation is impeccable, and that makes it easier for the interpreter."

Obama can actually muddle through a bit of Spanish. On the air recently, he serenaded popular Los Angeles radio DJ Eddie "El Piol?n" Sotelo with a few lines of a Mexican ballad.

But it would be muy malo for Obama to break into Spanish on Univision tomorrow night. Ditto for New Mexico Gov. Bill Richardson, who is Latino and bilingual; and for Connecticut Sen. Christopher Dodd, who became proficient in Spanish during a stint in the Peace Corps in the Dominican Republic. When Univision proposed the event last spring, Dodd and Richardson immediately accepted and made it clear they would do the whole thing in Spanish.

Supporters of the other candidates raised questions about that -- los gringos and la gringa would have been so shown up, wouldn't they? -- and Univision responded with an explicit ban on Spanish from the lips of the candidates.

Viewers at home will hear only Spanish, but Univision will provide closed-captioning of the questions translated into English and the candidates' own English responses.

The forum is a sign of both the growing attention being paid to the Latino electorate and the rising status of Univision for reaching those voters. Nielsen Media Research just started including Spanish-language networks in the same ratings as English-language ones. For the week ending Sept. 2, in prime time, Univision was the top-rated network in any language for viewers ages 18 to 34.

De la Vega has been interpreting for 37 years. He also speaks French, German and Yiddish. He takes a method-school approach to the art. No bland, emotionless voice-overs for him -- unless the speaker himself is bland and emotionless. He believes that you have to get into the part.

Say Obama sounds a little sarcastic in rebutting Clinton. Or distraught about casualties in Iraq. Or amused by some crack by Richardson.

De la Vega will try to capture those nuances in his voice, and will even chuckle, if Obama chuckles. The other interpreters will do the same.

"It's vital. You do need to portray those emotions . . . or the lack of emotion of the speaker for whom you're interpreting," de la Vega says.

Simultaneous interpretations aren't perfectly simultaneous. There will be the slightest delay, from a fraction of a second to a couple of seconds, after the lips stop moving as the interpretation catches up. If the candidates get feisty and there are overlapping interjections, the interpreters will attempt to render that chaos, talking over each other on purpose. Their work is a fluid art, practiced live, with no second chances or time for dictionary consultation.

It's exhausting work, made somewhat easier in this case by the one-minute time limit on candidates' answers. To prepare, about an hour before showtime, de la Vega will meditate, to relax and clear his mind. He will not eat a heavy meal. Just an energy bar or two, and some almonds, which he finds give him the best lift. He drinks water at room temperature, because cold water will affect his vocal cords and change the quality of his voice.

He's ready with possible interpretations of the buzzwords of current political discourse:

No child left behind? Que no quede rezagado ningun ni?o.

Afterward, he'll need a couple of hours to unwind.

"When you finish working and you're ready to go home, you turn the radio on and it's very difficult to stop mentally simultaneously interpreting what you hear on the radio," he says.

It will be another mission accomplished for Univision's voice of presidents. Who knows if the next president was in the room? Perhaps de la Vega will be called on to assume the next presidential voice as well. Unless it is the voice of a woman. Or a man who already speaks Spanish.
© 2007 The Washington Post Company