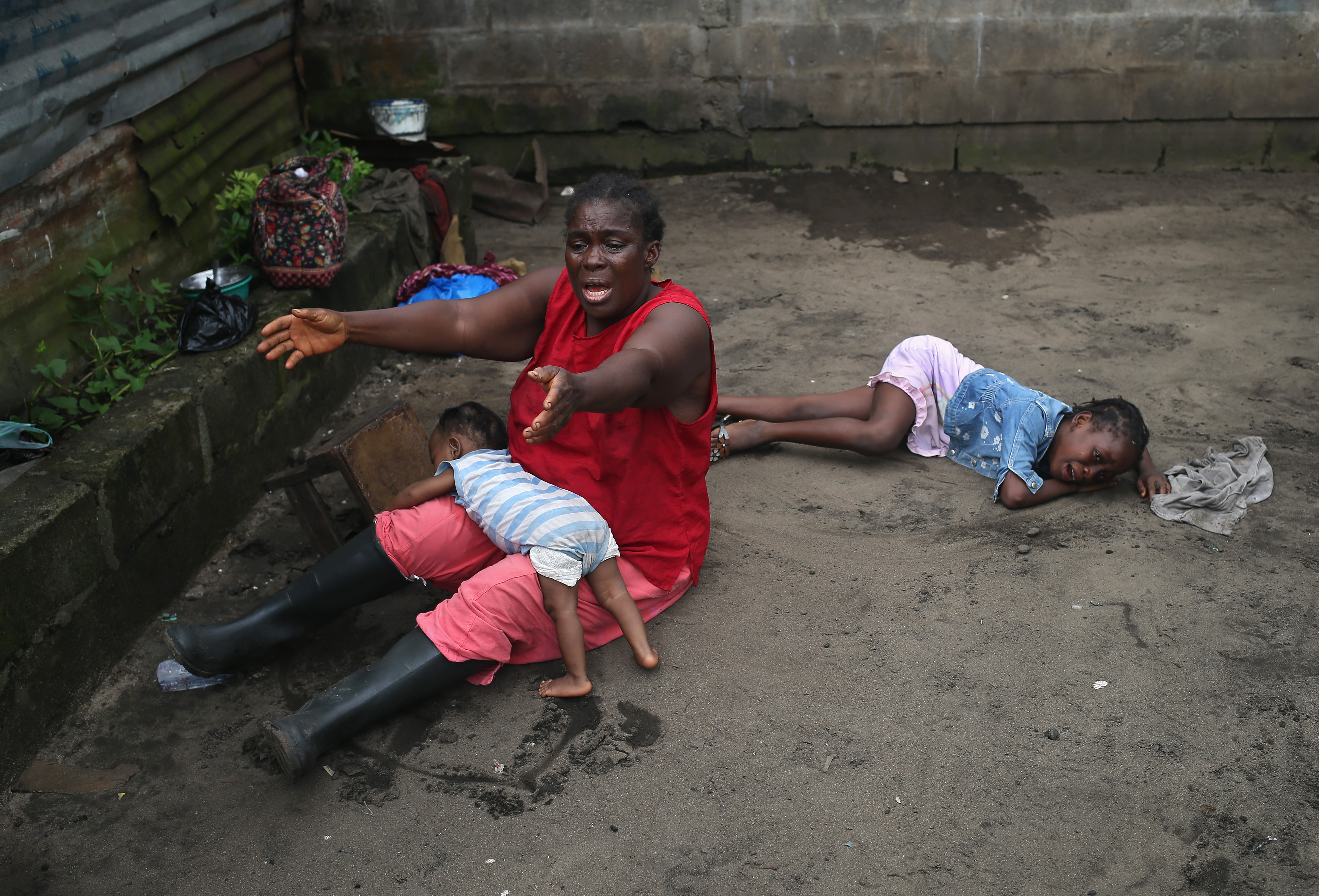 LONDON -- The World Health Organization has admitted that it botched attempts to stop the now-spiraling Ebola outbreak in West Africa, blaming factors including incompetent staff and a lack of information.

"Nearly everyone involved in the outbreak response failed to see some fairly plain writing on the wall," WHO said in a draft internal document obtained by The Associated Press, noting that experts should have realized that traditional containment methods wouldn't work in a region with porous borders and broken health systems.

The U.N. health agency acknowledged that, at times, even its own bureaucracy was a problem. It noted that the heads of WHO country offices in Africa are "politically motivated appointments" made by the WHO regional director for Africa, Dr. Luis Sambo, who does not answer to the agency's chief in Geneva, Dr. Margaret Chan.

In late April, during a teleconference on Ebola among infectious disease experts that included WHO, Doctors Without Borders and the U.S. Centers for Disease Control and Prevention, questions were apparently raised about the performance of WHO experts, as not all of them bothered to send Ebola reports to WHO headquarters.

WHO said it was "particularly alarming" that the head of its Guinea office refused to help get visas for an expert Ebola team to come in and $500,000 in aid was blocked by administrative hurdles. Guinea, along with Sierra Leone and Liberia, is one of the hardest-hit nations in the current outbreak, with 843 deaths so far blamed on Ebola.

The Ebola outbreak already has killed 4,484 people in West Africa and WHO has said within two months, there could be new 10,000 cases of Ebola every week.

When Doctors Without Borders began warning in April that the Ebola outbreak was out of control, a dispute on social media broke out between the charity and a WHO spokesman, who insisted the outbreak was under control.

At a meeting of WHO's network of outbreak experts in June, Dr. Bruce Aylward, normally in charge of polio eradication, alerted Chan about the serious concerns being raised about WHO's leadership in West Africa. He wrote an email that some of the agency's partners - including national health agencies and charities - believed the agency was "compromising rather than aiding" the response to Ebola and that "none of the news about WHO's performance is good."

Five days later, Chan received a six-page letter from the agency's network of experts, spelling out what they saw as severe shortcomings in WHO's response to the deadly virus.

"This (was) the first news of this sort to reach her," WHO said in the draft document. "She is shocked."

Meanwhile, Americans' faith in the agency charged with protecting the homeland from the rapidly escalating Ebola outbreak in West Africa -- which has already crept onto U.S. soil -- has dropped sharply since the crisis emerged.

The poll results come as Texas officials asked the remaining 75 health care workers who had contact with Thomas Eric Duncan, the first the first patient diagnosed with Ebola in the U.S., to sign a legal documents agreeing not to go to any public places or use mass transit.

They also released a statement challenging claims made by those involved in the crisis, reports CBS News correspondent Anna Werner.

Regarding the transfer of Nina Pham, the first Dallas nurse infected with the disease, hospital officials said with so many ICU healthcare workers sidelined because of possible exposure, it was in the best interest of the hospital and Pham to move her.

President Obama authorized a call-up of reserve and National Guard troops in case they are needed. His executive order would allow more forces than the up-to-4,000 already planned to be sent to West Africa, and allow for longer periods of time. Speaking to reporters at the White House, Obama said several people leading the government's Ebola response also have other priorities.

"It may make sense for us to have one person ... so that after this initial surge of activity we can have a more regular process just to make sure we are crossing all the T's and dotting all the I's," he said.

He said he had no "philosophical objection" to imposing a travel ban on West Africa if it would keep Americans safe but had been told by health and security experts that it would be less effective than measures already in place.

Earlier in the day, during a contentious congressional hearing, Republican after Republican demanded that Obama impose a travel ban.

When federal health officials stressed the importance of stopping the outbreak at its source, Rep. Fred Upton, R-Mich., responded, "You're right, it needs to be solved in Africa. But until it is, we should not be allowing these folks in, period."

"People's lives are at stake, and the response so far has been unacceptable," declared Upton, chairman of the Energy and Commerce Committee. A handful of congressional Democrats also have endorsed the travel ban that's mainly been pushed by Republicans.

About 100 to 150 people fly into the U.S. each day from Liberia, Sierra Leone and Guinea, the three nations hit hardest by Ebola.