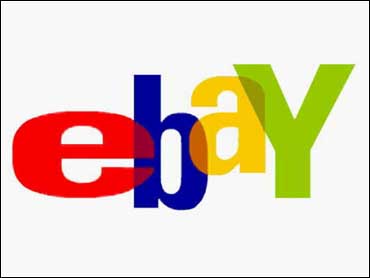 Internet auction leader eBay Inc., looking for ways to grow in a tough time for online companies, is forming a strategic alliance with Microsoft Corp. that could help each company extend its reach.

The partnership announced Monday calls for Microsoft to incorporate eBay's auctions into some MSN Web sites, such as the Carpoint auto-shopping service and bCentral service for small businesses.

Perhaps more important, the arrangement will let software programmers use Microsoft Web-design tools to develop applications that work with the massive eBay site. That could help bring eBay's auctions to pagers, Web-connected TVs and handheld computers, and to new places on the Internet, eBay CEO Meg Whitman said.

For example, she said, a site devoted to motorcycles could have eBay's motorcycle-related auctions running on the site.

The deal should help eBay achieve its objectives for long-term growth and "increase the opportunity for the eBay community to trade practically anything, anywhere, any time," Whitman said.

It also is an important endorsement for Microsoft's .NET strategy (pronounced dot-net).

The Redmond, Wash.-based software titan announced the broad initiative for developing new products and services for the Internet last year, but this is the first major project the company has announced that uses .NET.

The alliance is a key step toward Microsoft's goal of making .NET a standard set of Internet tools, much as Windows is a standard PC tool.

"The goal over time is to see every Web site be a .NET Web site," Microsoft CEO Steve Ballmer said in an interview.

Financial terms were not disclosed. Ballmer said there has been no discussion of Microsoft taking an equity stake in eBay.

As part of the arrangement, eBay will encourage its members to use the Microsoft Passport service, which lets people type one name and password to automatically log in to several different Web sites. eBay also will use more Microsoft hardware and software, upgrading its servers to the more reliable Windows 2000 operating system from Windows NT.

"It's definitely a good deal for eBay," said Sara D'Eathe, a research analyst at Thomas Weisel Partners in Boston. "We see quite a few benefits."