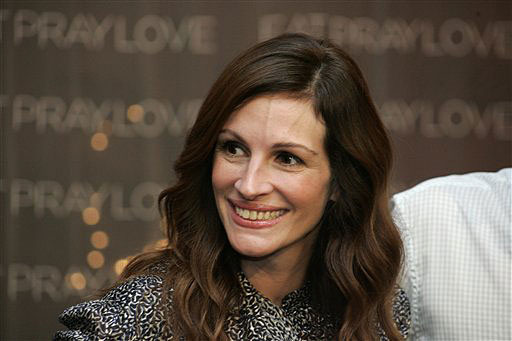 NEW YORK (CBS) "Glee" co-creator Ryan Murphy and Julia Roberts are set to team up again for another film project.

According to Deadline, Sony was so pleased with the actress' and director's first collaboration on "Eat Pray Love," which is due in theaters August 13, that they offered Murphy $5 million to write and direct a second feature film starring Roberts.

In the untitled romantic comedy, Roberts, 42, will play a professional working mom who must adjust to motherhood after she loses her job and is forced to stay at home, while her once stay-at-home husband heads back to work.

Although this will be the second collaboration for the two, don't expect to see Roberts on FOX's "Glee" any time soon.

"No, Julia [Roberts] will not be doing the show," Murphy, 44, confirmed to Access Hollywood.