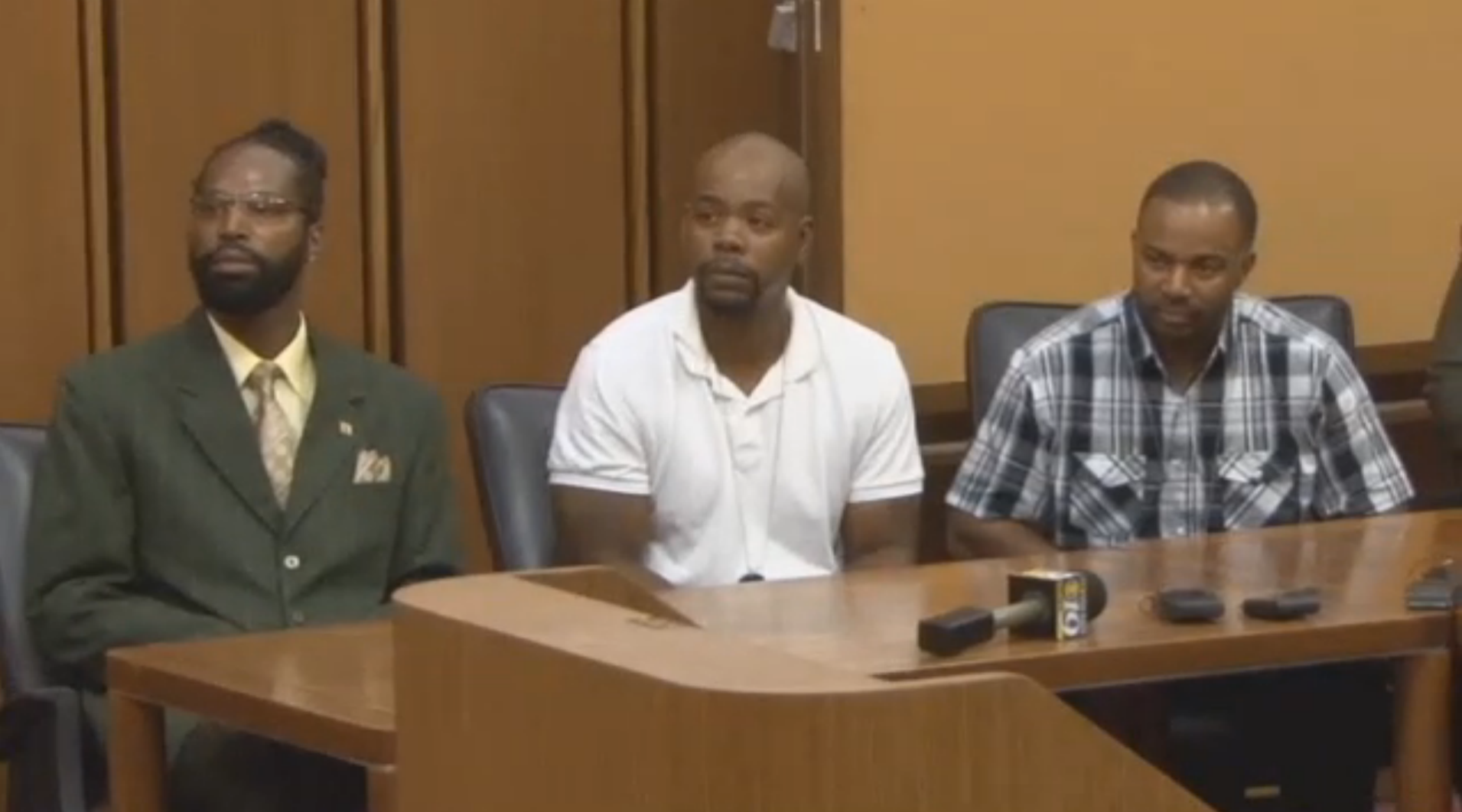 CLEVELAND -- Two Ohio men who spent 20 years in prison for a man’s death in 1995 before their murder convictions were overturned are suing prosecutors and East Cleveland detectives.

A third person convicted in Hudson’s death, Eugene Johnson, said he will probably file his own lawsuit.

The three men, who all denied killing Hudson, were convicted as teenagers. They were freed in 2015 after Common Pleas Judge Nancy Margaret Russo ordered a new trial when attorneys working for the Ohio Innocence Project found that evidence was suppressed in the case.

“Had the Defendant Officers disclosed their misconduct, including but not limited to their withholding of exculpatory evidence and fabrication of evidence to prosecutors, Plaintiffs, or their counsel, the prosecution would not have been pursued and Plaintiffs would not have been convicted,” the lawsuit says.

The complaint seeks dismissal of the criminal case “with prejudice,” meaning the state could not prosecute the two men again for the crime. It also seeks unspecified damages.

“They’re still young, relatively speaking, but they lost a lot and are still trying to move on the best they can,” said Elizabeth Wang, an attorney for Glover and Wheatt.

A spokesman for the Cuyahoga County prosecutor said the prosecutor doesn’t intend to re-file charges against them. He said the office is reviewing the complaint; East Cleveland’s law director said she hadn’t yet seen it.