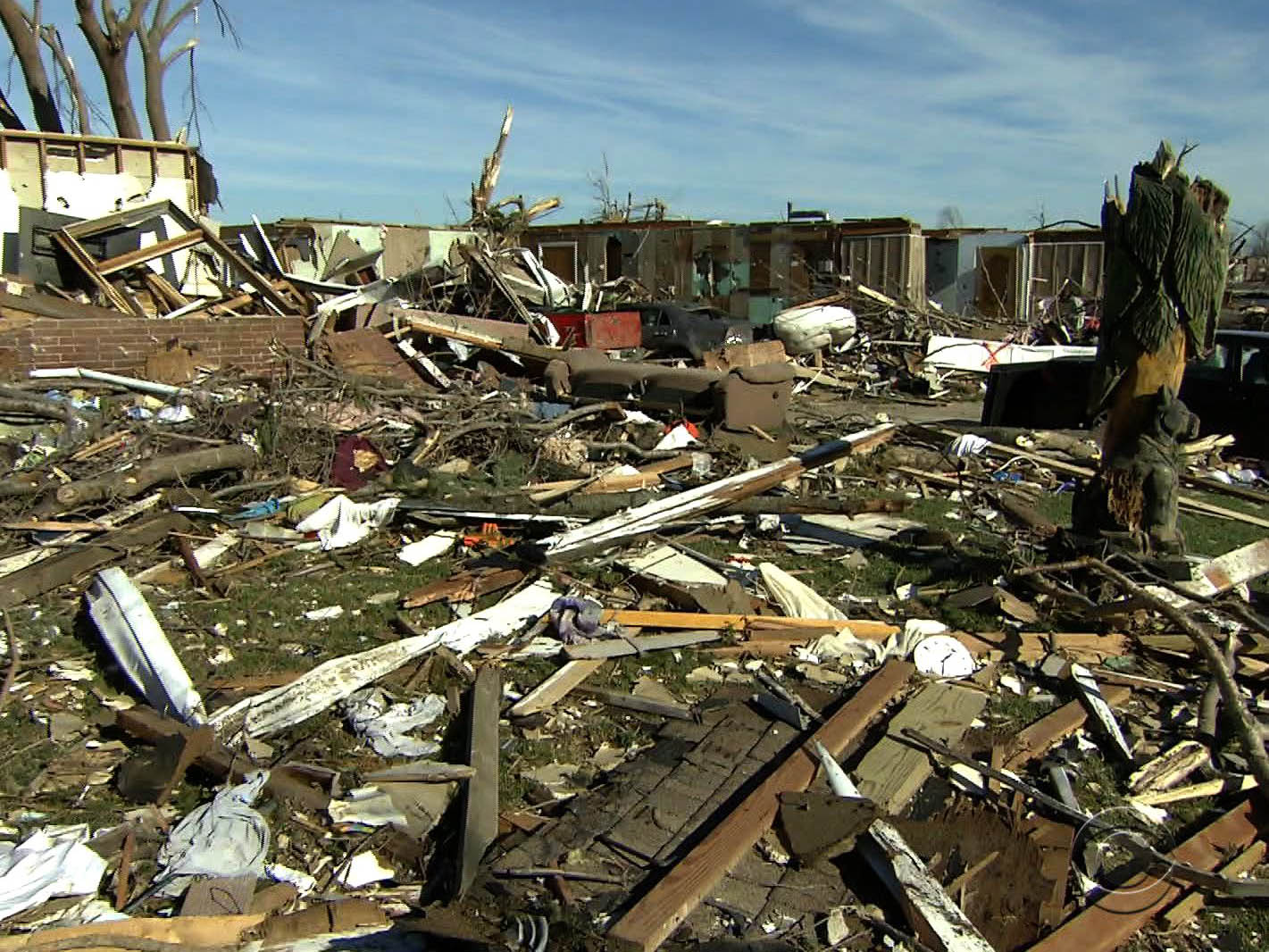 WASHINGTON, Ill. Eight people were killed Sunday in the Midwest when dozens of tornadoes cut through seven states. No town was harder hit than Washington, lll., near Peoria. Surprisingly, there was only one fatality there. Why did Washington escape a larger tragedy?

As the monstrous twister bore down on Washington, Don Dempsey was watching television at home.

"Local weather forecasters were there and they were saying, 'Go to the basement immediately. It’s coming up through Marquette Heights, Pekin area toward Washington,'" Dempsey said.

Some 700 miles away, meteorologists at the National Weather Service’s Storm Prediction Center in Norman, Okla., had been working the weather system for days, issuing a "particularly dangerous situation" tornado watch for much of Illinois at 8:40 a.m. Sunday.

Within an hour of that notice, the National Weather Service office in Lincoln, Ill., 40 miles from Washington, ramped up from two workers to 12.

Meteorologist Patrick Bak came in on his day off.

"Just looking at our radar, it looked like it was going to be very bad," he said.

His office fired off three warnings starting at 10:50 a.m., 16 minutes before the storm hit Washington.

"You are in a life-threatening situation," said the last warning. "Complete destruction possible. Flying debris will be deadly."

"The warning system looks like it worked exceptionally well in this case," Bak said.

The National Weather Service says that over the last five years, the average lead time of warning before a tornado was 13 minutes. So the 16 minutes head's up given to the public here in Washington provided three precious extra minutes.