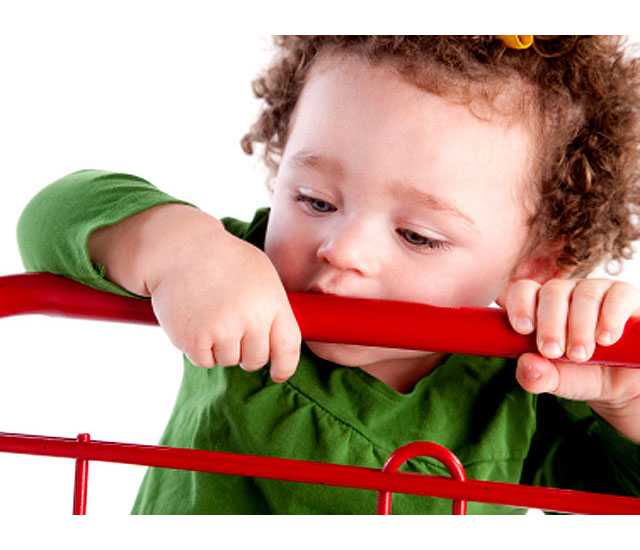 (CBS) Can grocery shopping make you sick? New research shows that almost three out of four shopping cart handles contain traces of fecal bacteria - including some that can cause serious illness.

University of Arizona researchers swabbed the handles of 85 carts in four states and found fecal bacteria on 72 percent of them, USA Today reported. Half of the carts bore traces of Escherichia coli, better known as E. coli.

"That's more than you find in a supermarket's restroom," lead researcher Dr. Charles Gerba, professor of microbiology at the university, told MSNBC. "That's because they use disinfecting cleaners in the restrooms. Nobody routinely cleans and disinfects shopping carts."

Some strains of E. coli are harmless, but others can cause serious and potentially lethal illnesses, according to the Centers for Disease Control and Prevention website. Experts think there may be about 70,000 infections with E. coli 0157 - an especially virulent strain - and a similar number of people who experience diarrhea as a result of infection with a less virulent strain.

Just how big a threat do poopy cart handles really pose? Dr. Gerba told MSNBC he couldn't say, though he said parents could protect young children by running an antibacterial wipe over the cart handle before plopping junior inside.

But an infectious disease expert at the University of Pennsylvania, Dr. Neil Fishman, offered up the ultimate self-defense strategy: