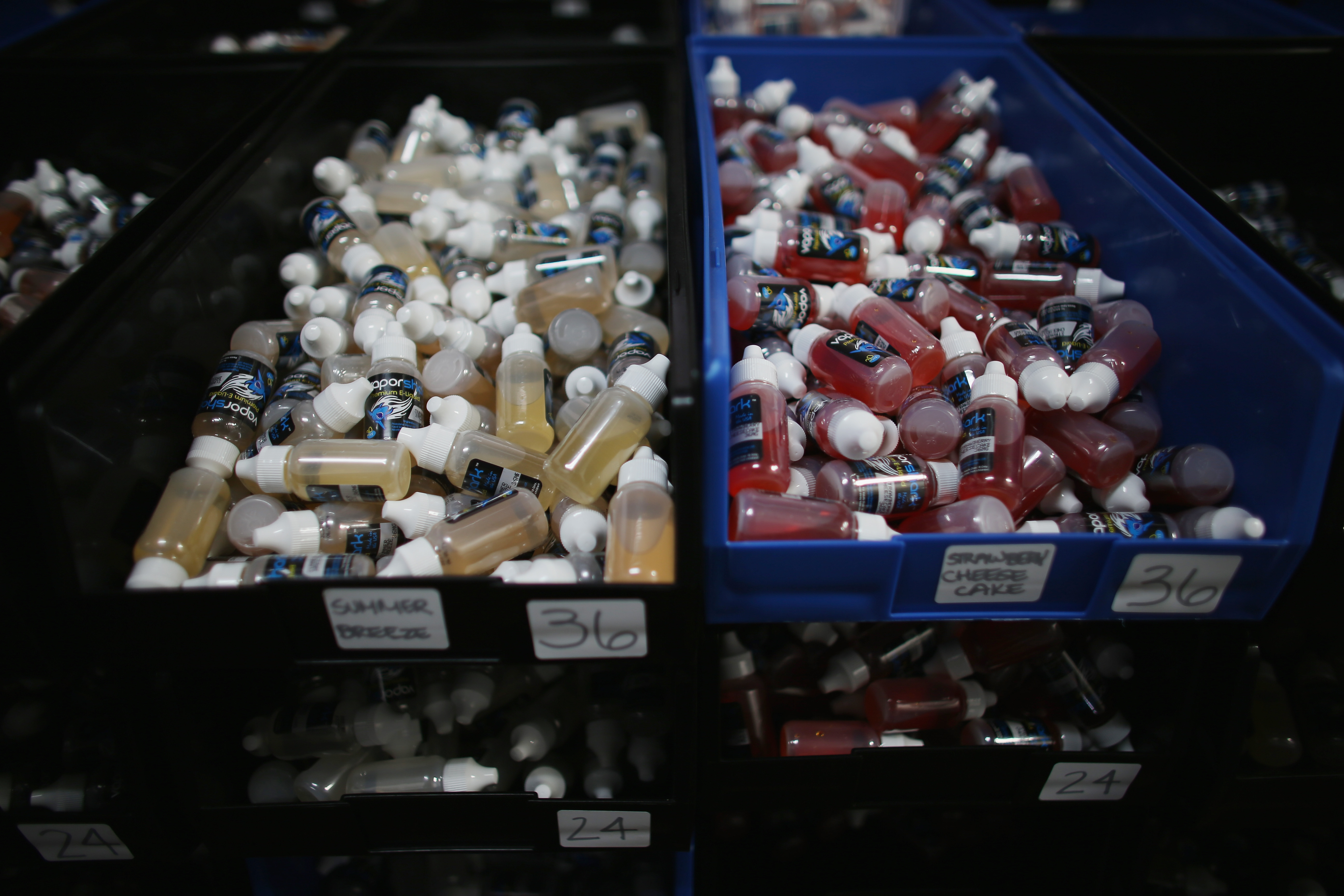 A new report from the Centers for Disease Control and Prevention (CDC) finds e-cigarette liquids are behind an alarming increase in the number of phone calls made to U.S. poison control centers. In September 2010, there was an average of one electronic cigarette-related phone call made per month compared with approximately 215 calls per month reported by February 2014, according to the paper published April 3 in Morbidity and Mortality Weekly Report.

For the report, the CDC examined records of phone calls made to poison control centers regarding conventional cigarettes, e-cigarettes and nicotine liquid, with a total of 2,405 calls for e-cigarette and 16,248 cigarette exposure calls from September 2010 to February 2014. Among e-cigarette phone calls, 51.1 percent involved children 5 years or younger, while 42 percent of calls were for people 20 and older.

Poison control centers did not report any increase in calls for conventional cigarettes,which typically occur when a child has ingested tobacco.

Poisoning related to e-cigarettes involved ingestion, inhalation and absorption of the liquid through skin or eyes. The researchers also found e-cigarette phone calls were more likely to include reports of adverse effects such nausea, vomiting and eye irritation.

The records used for the report came from poison control centers that serve 50 states, the District of Columbia and U.S. Territories.

Popularity of e-cigarettes has increased in recent years, which has led to much debate about their safety. Though many speculate the vapors are not harmless, there is limited research on the long-term effects of the products both for people who use them, as well as those exposed to the substance second-hand.

Currently e-cigarettes pull in revenue of about $2 billion a year, but the product is not currently regulated by the Food and Drug Administration. Earlier this week, the FDA submitted a proposal to President Barack Obama requesting permission to enforce restrictions on the devices.

E-cigarettes companies often look to reach a larger customer base by marketing their product as an aid for smokers looking to quit. Some manufacturers propose e-cigarettes are a viable alternative to smoking cessation products such as nicotine patches and gum.

However, studies have shown this claim to be false. A recent survey of 950 smokers, published in JAMA Internal Medicine, suggested e-cigarettes are not a useful aid for smoking cessation. While 88 people included in the survey were able to quit smoking, only nine credited e-cigarettes to their success.

Though e-cigarettes are "smokeless" many experts say nicotine vapors can be as harmful as second-hand smoke -- though more research is needed to back up this claim. In recent months, many city and state lawmakers throughout the country have taken measures to restrict e-cigarette use in bars, restaurants, parks and other public places. Lawmakers voted to ban e-cigarettes in public New York City, Los Angeles, Chicago and legislation has been proposed in San Diego and Philadelphia, among other cities.

Most recently, on March 27, Philadelphia's City Council approved a measure 15 to 0 in favor of keeping e-cigarettes out of indoor public places. "This is a totally unregulated product. And (because of) the fact that we don't know what's in it, I think we ought to err on the side of caution," City Councilman William Greenlee said in the hearing, as reported by CBS Philadelphia. "We're not banning the product. What we're basically doing is saying, in public places you need to step outside."