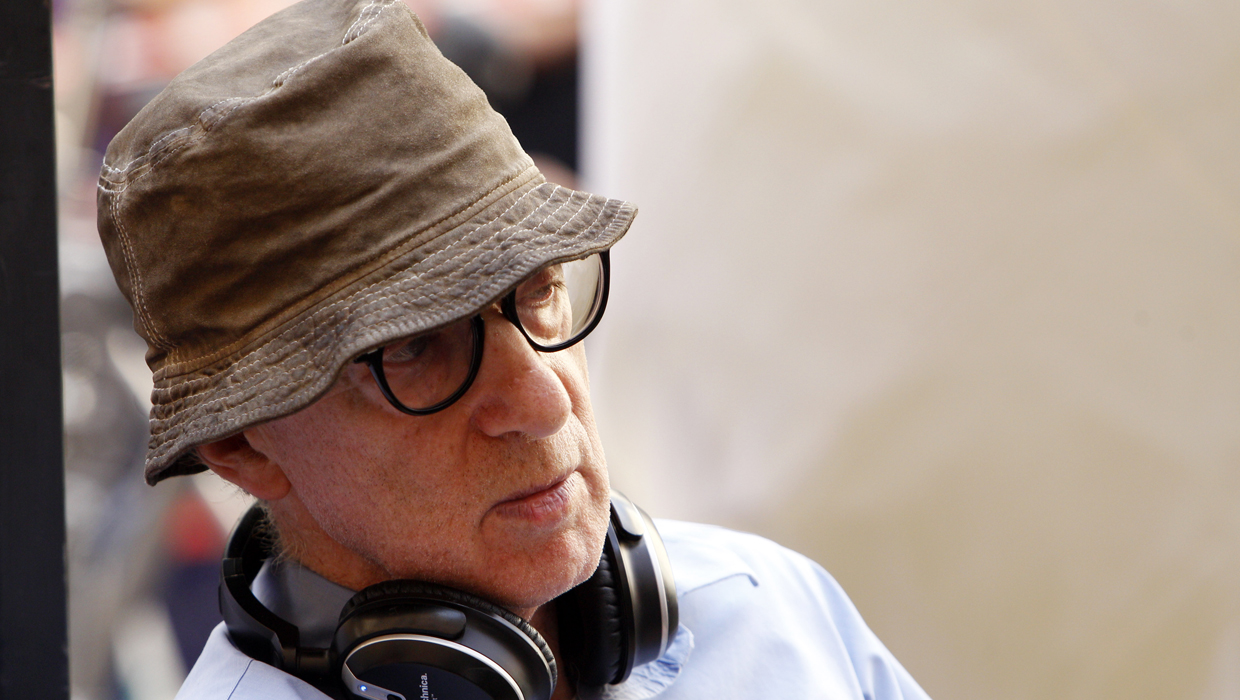 Woody Allen's adopted daughter, Dylan Farrow, publicly described for the first time on Saturday the allegations that Allen sexually assaulted her in 1992, when she was 7 years old.

"He told me to lay on my stomach and play with my brother's electric train set," Farrow, now 28, wrote in a letter published on The New York Times' website. "Then he sexually assaulted me. He talked to me while he did it, whispering that I was a good girl, that this was our secret, promising that we’d go to Paris and I’d be a star in his movies."

Her letter appears three weeks after Allen received a Golden Globe Award for lifetime achievement. It was posted by Times columnist Nicholas Kristof, who notes that he is friends with her mother, Mia Farrow, and her brother, Ronan Farrow.

At the time of the award, Ronan Farrow tweeted: “Missed the Woody Allen tribute — did they put the part where a woman publicly confirmed he molested her at age 7 before or after Annie Hall?”

Allen, who has denied any wrongdoing, was first accused of molesting Dylan Farrow by Mia Farrow in 1992. The allegations came as Allen was having an affair with Farrow's adopted adult daughter Soon-Yi Farrow Previn, to whom he is now married.

Allen, who could not be reached for comment and declined to comment to Kristof, was never charged with abuse. In 1993, a Connecticut prosecutor, Frank S. Maco, said that although there was "probable cause" to charge Allen, he did not, in part because a prosecution could be traumatic for Dylan Farrow.

A team of child-abuse specialists from Yale-New Haven Hospital had at the time concluded that she had not been molested.

That June, a Manhattan judge awarded custody of Allen's children to Farrow.

Dylan Farrow wrote that for as long as she could remember, Allen "had been doing things to me that I didn’t like." It happened so routinely that she thought it was normal, she wrote. She tried to avoid him by hiding under beds or locking herself in the bathroom.

After the assault allegedly took place in Mia Farrow's house in Connecticut, Dylan Farrow was unable to keep it a secret, she wrote.

"That he got away with what he did to me haunted me as I grew up," she wrote. "I was stricken with guilt that I had allowed him to be near other little girls. I was terrified of being touched by men. I developed an eating disorder. I began cutting myself. That torment was made worse by Hollywood. All but a precious few (my heroes) turned a blind eye."

Kristof wrote that she was diagnosed with post-traumatic stress disorder last year and that she told him that when she heard of the Golden Globe Award "she curled up in a ball on her bed, crying hysterically."

She came forward because the message that Hollywood sends, she wrote, matters to others still scared and vulnerable. Now happily married, a writer and artist living in Florida, she has the support of her brothers and sisters and a mother who saved the family, she wrote.

"Woody Allen is a living testament to the way our society fails the survivors of sexual assault and abuse," she wrote.

In her letter, she cites Hollywood stars, in particular Diane Keaton, who starred in many of Allen's movies and who received the Golden Globe Award on his behalf.

"You knew me when I was a little girl, Diane Keaton," she wrote. "Have you forgotten me?"