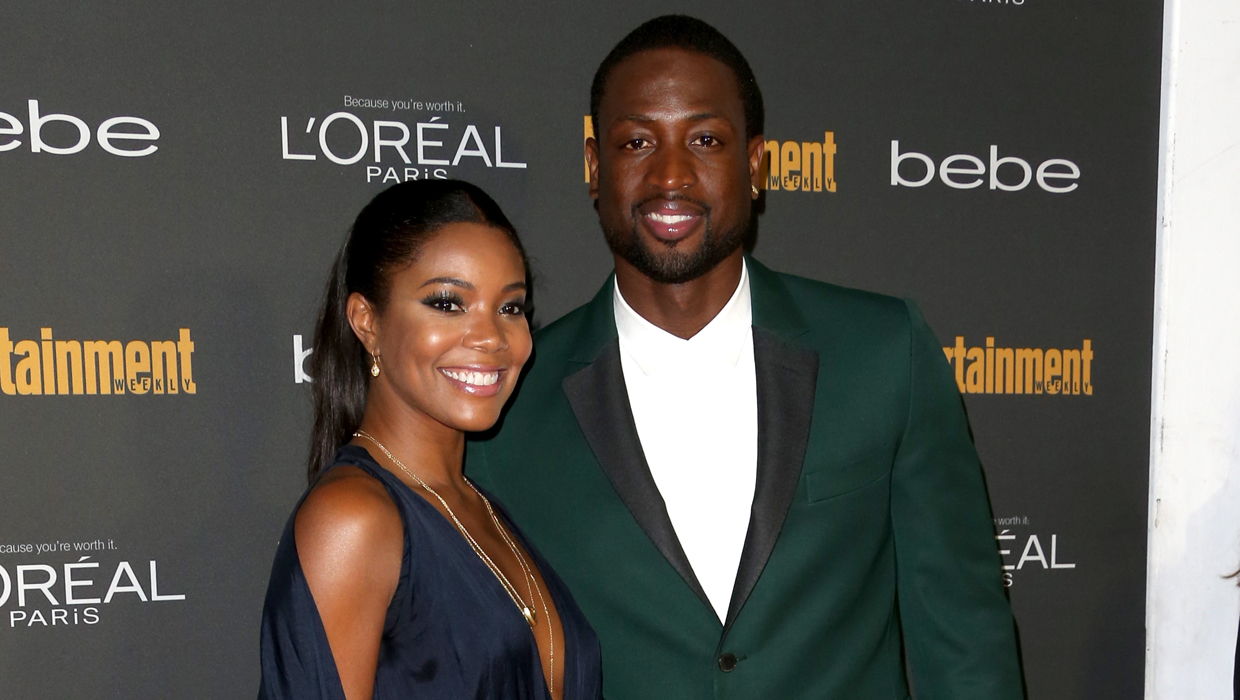 The Miami Heat star proposed to his longtime girlfriend Saturday and the actress accepted. They announced the news through social media, around the same time as the two-time defending NBA champions were gathering for a team Christmas party.

"She said YES!!!" Wade posted to his Twitter and Instagram accounts, showing off a photo of the engagement ring:


It will be the second marriage for both Union, 41, and Wade, who turns 32 next month. No date has been announced, and the couple did not release any formal statements about the engagement Saturday night.

Wade proposed to Union before the party. The couple have been together for several years and there were recent indications that marriage was in the plans - specifically how their Christmas cards had a return address sticker calling them the "Wade-Union Family."

That's also referenced in the cards, which bear the message "Happy Holidays from the Wade-Union Family." The cards also show photos of Wade and Union together, along with photos of them with Wade's two sons and the nephew he's raising.

Wade was clearly in a giving mood Saturday. He presented each of his teammates from last season's championship run with green jackets, reminiscent of what golfers get for winning the Masters.

Wade is expected to publicly discuss the engagement on Sunday.

Wade has spent his entire pro career with the Heat since being drafted in 2003, helping the team win three championships and taking home MVP honors from the NBA Finals in 2006.

Union has starred in movies such as "Bring It On" and "Think Like A Man," along with the BET series "Being Mary Jane."