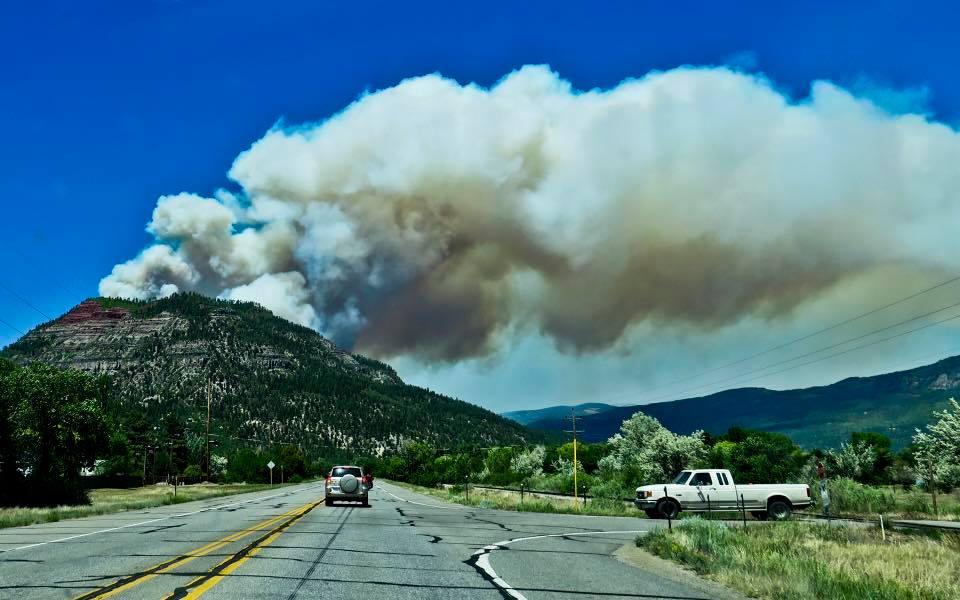 DURANGO, Colo. -- Firefighters are battling a wildfire that has forced evacuations and closed a highway in southwest Colorado. The blaze, called the 416 Fire, was spotted Friday morning and has so far burned more than 1,100 acres. Over 825 homes have been evacuated with another 750 under pre-evacuation, CBS Denver reported.

Meanwhile, the Durango & Silverton Narrow Gauge Railroad canceled Saturday rides as a result of the severe fire danger. Passengers on Friday were taken to Silverton and were being bused back to Durango.

Several witnesses indicated the fire started near the train tracks, although no official cause has been released, the Durango Herald reported.

An air quality health advisory was issued for southwest Colorado through Saturday morning, including Durango, Rockwood and Hermosa. The area where the fire is burning continues to experience exceptional drought.

Mandatory evacuations are underway for the Iron Gate Subdivision and pre-evacuations have been ordered for an area on the east side of the highway between County Road 250 and Electra Lake.