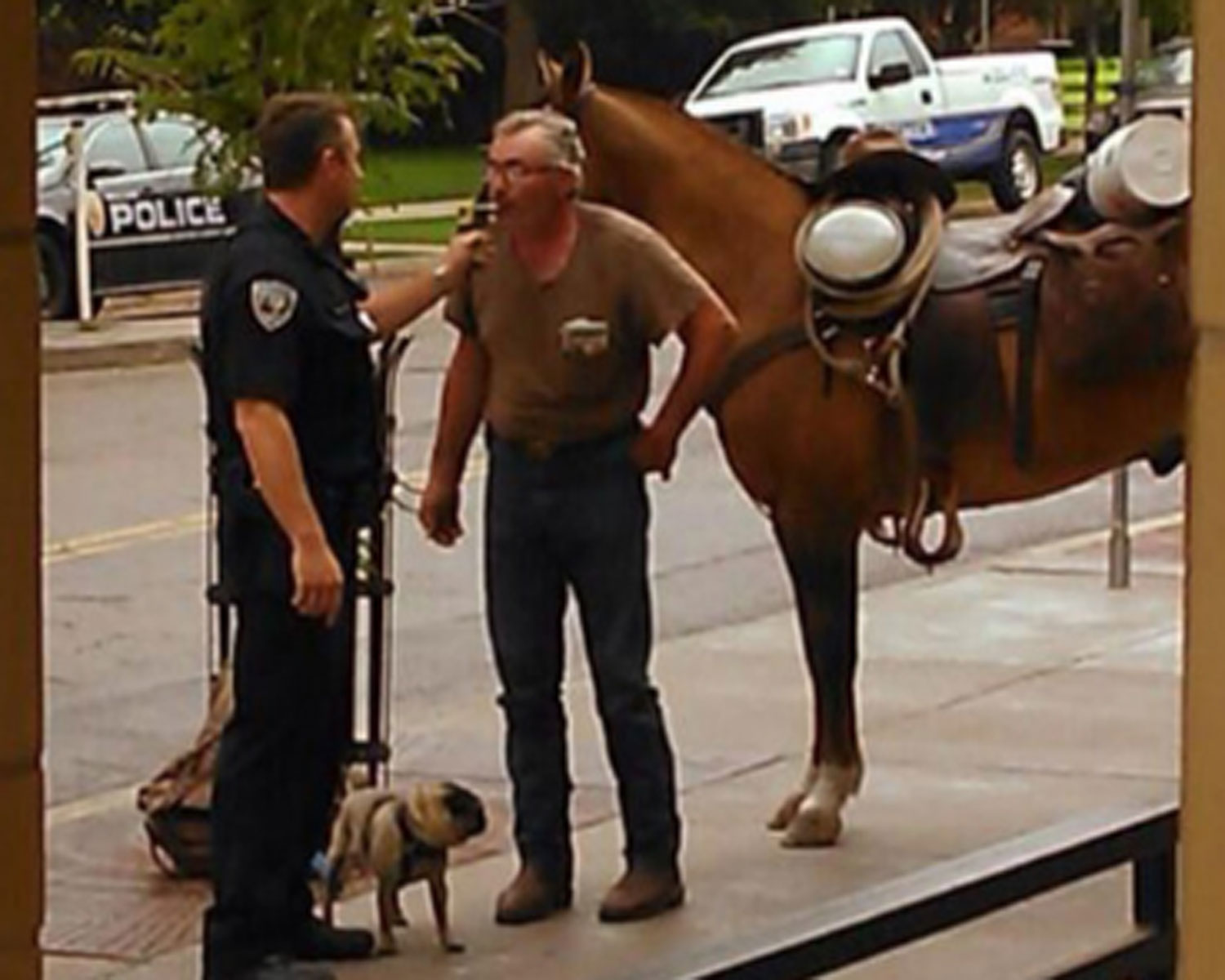 (CBS) BOULDER, Colo. - Police in Boulder have arrested a man suspected of riding a horse under the influence of alcohol, CBS Denver reported.

If we were to rewrite that line - which we are doing now - it would read: Police in Boulder have arrested a man suspected of being drunk while riding a horse.

The man was taken into custody by University of Colorado police at approximately 2:30 p.m. Monday.

No details were given as to the man's blood alcohol content - or of the horse, for that matter - although police did say the animal was disrupting traffic.

Police said the horseman was riding around with beer in his saddlebags, and that he also had a dog in his backpack .

Hey, at least he wasn't texting.