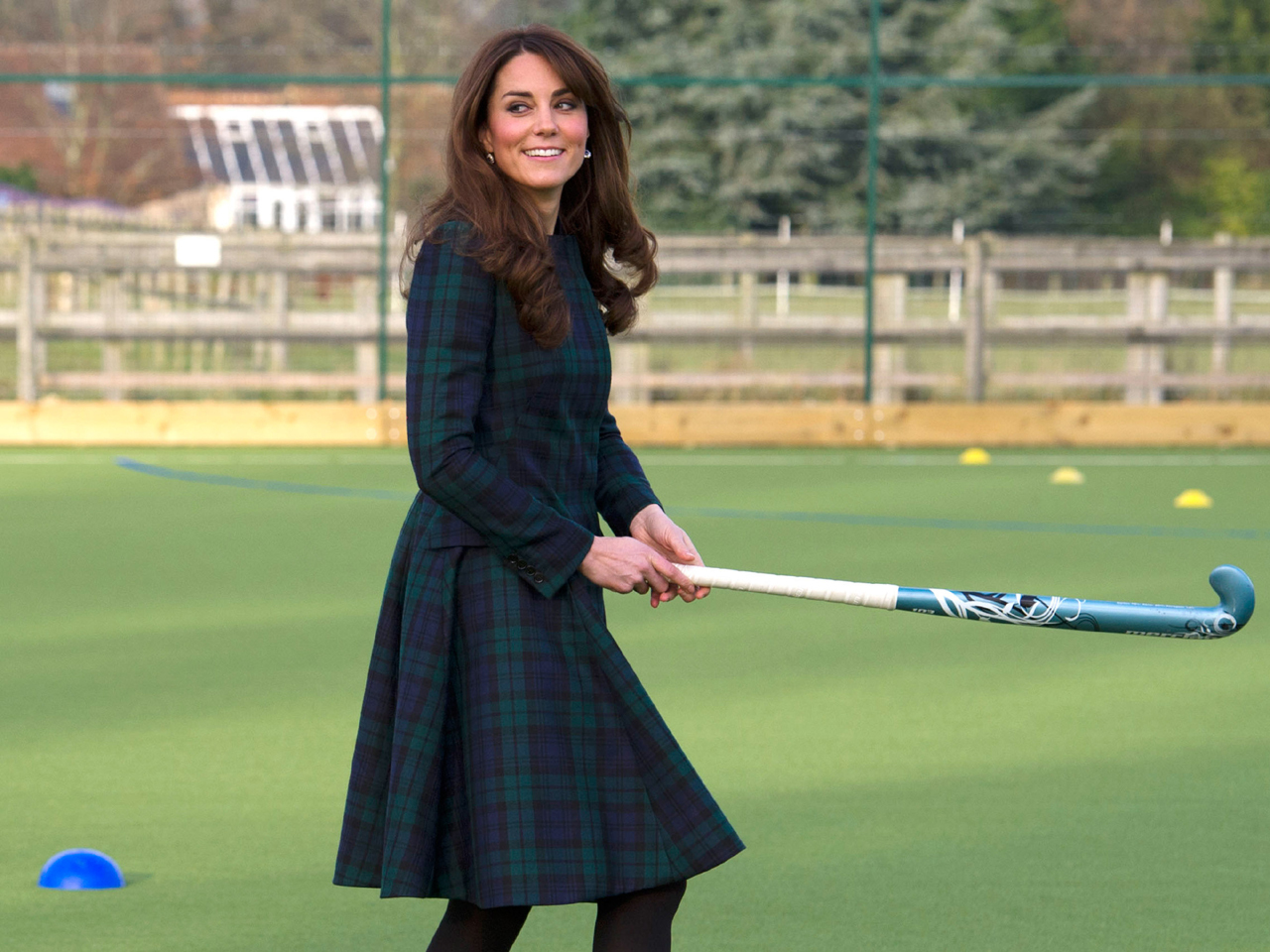 It was back to school on Friday for Kate, Duchess of Cambridge.

The royal, formerly known as Kate Middleton, played hockey and revealed her childhood nickname -- Squeak -- when she returned to her former prep school for a visit on Friday.

Kate told teachers and students at the private St. Andrew's School in southern England that her 10 years there were "some of my happiest years." She said she enjoyed it so much that she had told her mother she wanted to return as a teacher.

The Daily Mail reports that Kate asked the students if they had any class pets, and then told them she used to have two guinea pigs. "There was one called Pip and one called Squeak, because my sister was called Pippa and I was Squeak," she added.

Kate, who captained the hockey team at her high school, joined a group of 12-year-olds for a training session in a green-and-blue Alexander McQueen tartan coat and three-inch-high boots.

"It was while I was here at school that I realised my love of sport," she said in a speech after officially opening the school's new hockey pitch, according to the Daily Mail. "Sport has been a huge part of my life, and I feel incredibly grateful for the opportunities I had to get outside and play in such wonderful open spaces - though, sadly, there was nothing quite as glamorous as this in my time!"

The 30-year-old duchess attended St. Andrew's from 1986 until 1995. The school released a few photos of Kate from her time as a student, which you can see below: