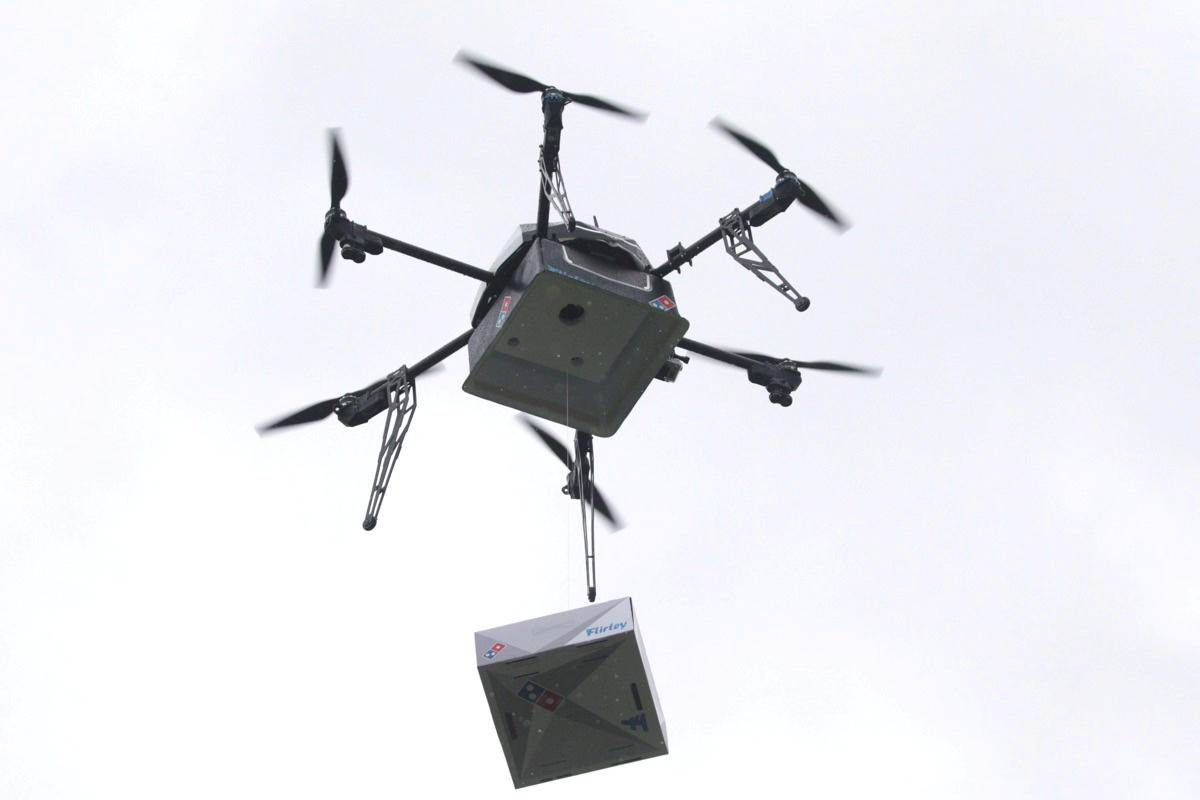 JOHANNESBURG  At first, the drone took some explaining. Anxious villagers buzzed with rumors of a new blood-sucking thing that would fly above their homes. Witchcraft, some said.

The truth was more practical: A United Nations project would explore whether a small unmanned aerial vehicle, or UAV, could deliver HIV test samples more efficiently than land transport in rural Malawi.

Once understanding dawned and work began, young students and their teachers would spill out of the nearby school, cheering, each time they heard the drone approaching. “It was very exciting,” UNICEF official Judith Sherman said.

As drones quickly pick up momentum around the world in everything from military strikes to pizza delivery, Africa, the continent with some of the most entrenched humanitarian crises, hopes the technology will bring progress.

This second-largest continent, with harsh landscapes of desert and rain forest and extremes of rainy seasons and drought, is burdened with what the World Bank has called “the worst infrastructure endowment of any developing region today.” Rural highways, often unpaved, disintegrate. In many countries, access to electricity has actually declined. Taking to the air to soar over such challenges, much as Africa embraced mobile phones to bypass often dismal landline service, is a tempting goal.

Those trying out drones for humanitarian uses in Africa warn that the technology is no quick fix, but several new projects are exploring what can be achieved.

The highest-profile one yet begins this week in Rwanda, as the government and U.S. company Zipline launch a drone network to deliver blood supplies and medicines to remote hospitals and clinics. Even in one of Africa’s smallest countries, such deliveries can take weeks by land. With drones, it will take hours.

The speed and limited space of drones have focused aid groups and businesses on how to deliver small, sensitive and potentially life-saving cargo. Earlier this year, a partnership was announced between Zipline and the Global Alliance for Vaccines and Immunization.

Off Africa’s eastern coast in Madagascar, another U.S. company, Vayu, has completed drone flights to deliver blood and stool samples from rural villages with support from the U.S. Agency for International Development.

Africa has certain benefits for such projects, said Sid Rupani, who from his South Africa office studies how drones could be used effectively in supply chains. His U.S.-based employer, Llamasoft, has run a virtual pilot for Zipline in Tanzania.

“It’s not crowded airspace. Not many urban areas to deal with,” Rupani said. Already, drones are being used in parts of the continent as visual aids in mapping and anti-poaching.

Drones also face multiple challenges. Some models are limited in range or need frequent recharging. If they crash, retrieval in remote areas can be difficult. Some governments are wary of the technology as a possible invasion of their sovereignty, or they have no regulations in place.

Even aid workers have reservations. In a survey of workers in 61 countries released last month by the Humanitarian UAV Network and other groups, the majority saw drones as positive, but 22 percent did not.

A top concern was that people on the ground would think they were under attack.

“Whether we like it or not, UAVs are confused with weaponized drones,” one Congo aid worker told the survey, pointing out the use of drones by the U.N. peacekeeping mission there.

Cost is another issue. The United Nations’ test early this year in Malawi with the help of U.S. company Matternet found that using motorcycles was cheaper as they could carry other cargo, said Sherman, UNICEF’s HIV and AIDS chief there.

But she still sees drones as “a leapfrog technology that has great potential, some we might not have thought of yet.”

Aid organizations are pushing for new breakthroughs. The Netherlands-based Wings for Aid is working on a drone prototype to carry more and go farther: Up to 100 kilograms (220 pounds) of cargo could be delivered to several points within 500 kilometers (310 miles), said Wesley Kreft, director of business development and innovation.

“The holy grail is to have a network of autonomous drones that do their work independently, with a human supervising numerous deliveries at once,” said Arthur Holland Michel, co-director of the Center for the Study of the Drone at Bard College in New York.

It could take a couple of years before such drones could be entrusted with critical deliveries in challenging rural areas like Africa, he said, but the technology is there.