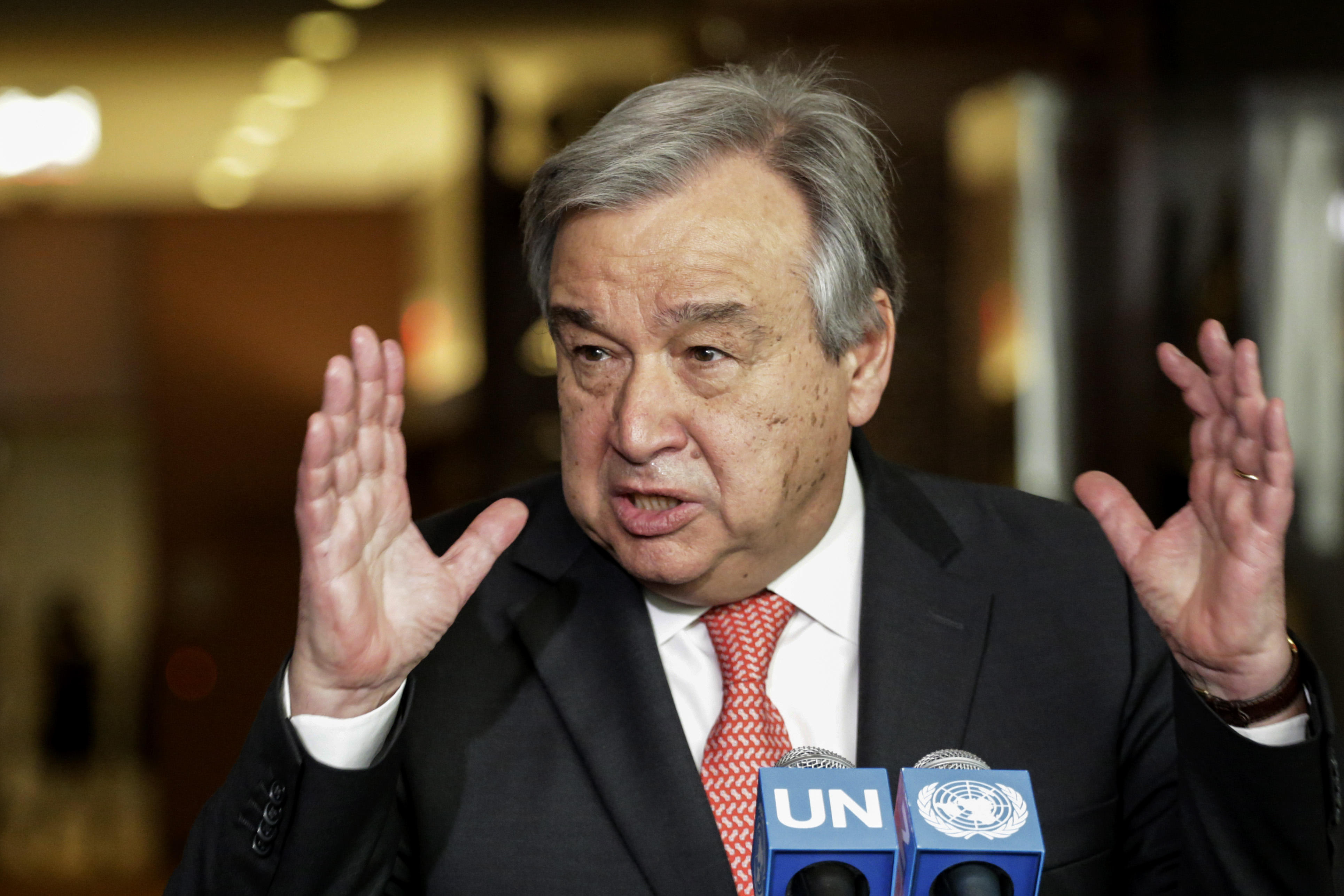 UNITED NATIONS In a rare show of international unity, the United States, Russia and all 15 members of the U.N. Security Council announced Wednesday that former Portuguese prime minister and refugee chief Antonio Guterres of Portugal is the consensus candidate to be the next U.N. secretary-general. The formal vote, most likely by acclamation, will take place in the Council on Thursday, followed by the vote in the General Assembly.

Guterres will become the ninth U.N. Secretary General and will take office in 2017, when South Korea’s Ban Ki-moon, departs after serving two terms.

Russia’s U.N. Ambassador Vitaly Churkin, the president of the Security Council, hailed the moment as “historic;” U.S. Ambassador to the U.N. Samantha Power said world powers were “united behind the choice;” and U.K Ambassador Matthew Rycroft said that Guterres will be “strong and effective.”

In a wide-ranging interview by phone from Lisbon on Tuesday, a day before the announcement, Guterres told CBS News “the highest priority must be a surge in diplomacy for peace.”

Guterres has the experience of a decade as High Commissioner of the U.N. agency perhaps most in the hot seat, the U.N. Refugee Agency.

“There has been a multiplication of new conflicts; old conflicts seem never to die; our relationships are all becoming less and less clear; and so, it is absolutely essentially to mobilize the entire international community,” Guterres said.

Most diplomats in the U.S. – and around the world – are focused squarely on the U.S. presidential campaign, while the quieter race was taking place to find a new leader for the largest international organization on Earth, with a budget of $5.4 billion for 2016-17. In the end, the choice became clear: a seasoned Portuguese former Prime Minister won widespread support – António Manuel de Oliviera Guterres.

Personable but outspoken, Guterres rose to the top of what began as a 12-candidate slate, which was ultimately reduced to a field of 10.

Guterres studied at the Instituto Superior Técnico, an elite engineering school of the public University of Lisbon, where his first major was theoretical physics; and his first job was teaching physics to university students. But his college years – 1966 to 1971 - were turbulent.

Midway through Guterres’ college years, Portugal’s politics began to shift; it had been 35 years under the thumb of authoritarianism, and Guterres’ interests shifted as well, to politics and diplomacy.

Portuguese dictator and Prime Minister António Salazar was in office until 1968. As one of the leaders of the student movement to restore Portugal to democracy, Guterres’ was absorbed with being a “revolutionary” and making a difference.

Guterres, 67, told CBS News that his first objective in life, when he was a student in high school, was to become a doctor in physics and in college, he taught physics to younger students, which was “the most fantastic intellectual passion of my life.”

He worked in the slums of Lisbon before Portugal’s revolution and, although physics was very important, “to try to change things in my own country was more important, and that’s why I shifted from a university career into an active political life; with the revolution, I had an enormous chance to be able to intervene very actively in my own country.”

Guterres’ career has covered a lot of ground: He became a member of the Socialist Party in 1974. When the dictatorship of Marcelo Caetano fell during the Carnation Revolution, he worked in the office of the Secretary of State of Industry. He went on to serve as a deputy in Portugal’s National Parliament, then became the secretary-general of the Socialist Party. He was elected prime minister in 1995 and served for two terms. From 2005 to 2015, he served as the U.N.’s high commissioner for refugees, elected by the General Assembly.

Guterres has passionate views about the conflict in Syria: “I do believe that now is the height of common interest to put an end to this war, and it’s my hope that building bridges, convening goodwill, bringing people together, is something that will help to produce a positive result.”

Guterres was hardly a foregone choice. By tradition, the secretary-general job is supposed to alternate between regions, and it was the turn of Eastern Europe; in addition, several organizations have pressed to have the first woman elected secretary-general.

As the race became more contentious, Russian ambassador Churkin said, “I do sense this feeling of constructive fatigue among members of the Security Council, which hopefully will turn into a … recommendation of a good person for the General Assembly to appoint as the Secretary General.”

The vetting process was unusual for the race. The United Nations, for the first time in history, decided to shed some light on the selection of secretary-general.

Long-chosen in back channel negotiations by the Security Council members, candidates were nowvetted in a series public hearings by representatives from 193 nations. However, the final choice remains in the hands of the Council and the five permanent members (U.S., U.K., France, Russia and China), who all have veto power. The Council sends a chosen candidate to the full 193-member General Assembly for a two-thirds – essentially rubber stamp – vote.

Rocked by unresolved conflicts, scandals including sexual assaults by peacekeepers and a bribery scandal, the hope expressed by many diplomats is that the next chief will restore credibility to the 71-year-old organization and, perhaps, help to warm relations that have soured between the U.S. and Russia.

The U.S. contribution remains the largest at 22 percent of the regular budget ($5.4 billion) and 28.5 percent of the peacekeeping budget ($8.27 billion) -- significantly higher than other countries. Already, there are several “firsts” in this year’s race to head the world body: for starters, it’s running concurrent with the U.S. presidential election, the first time since the 1950s.

Months of back and forth between the five straw polls was reminiscent of an elaborate John LeCarré cold war novel, but through them all, Guterres stayed in first place, garnering 11 or 12 of 15 votes.

There were some who were not happy with the unity of the Council and the fact that a woman was not selected. Jean Krasno, Chair of the Campaign to Elect a Woman UN Secretary General said, “It is a disaster. It is completely unfair to eastern Europe and women.”

Nonetheless, Guterres was a consensus candidate from the beginning of the polling at the Security Council.

Guterres told CBS News, “the fact is that the moral authority, the impartiality of the secretary-general can really make a difference.”

Since physics was Guterres’ first calling and his continuing passion is the study of physics, CBS News asked if he wants the job because he considers the UN a “black hole.”

“No, I don’t think so,” he said, “the U.N. is still the pillar of multilateralism. So many people see their lives rescued thanks to the U.N. The fact that many times the U.N. fails is also because member states themselves are not able to come together and create conditions for the U.N. to be more effective.”