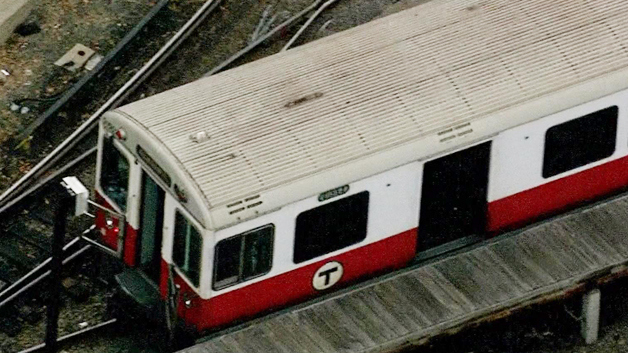 BOSTON -- A six-car train with passengers on board left a suburban Boston transit station without a driver Thursday and went through four stations without stopping.

Secretary of Transportation Stephanie Pollack said Thursday that before the train left the Braintree station, the operator got off the train to execute a procedure that allows it to travel if there is a signal problem. Operator error is the current focus of the investigation.

Pollack said the extent to which the operator is responsible and how to characterize it will be determined by the investigation. Pollack said an investigation is under way to determine if the driver failed to properly secured brakes before exiting the train.

None of the approximately 50 passengers was hurt, but the train's operator suffered a minor injury when he was brushed by the train, apparently as it began to move at the Braintree station, a spokesman for the Massachusetts Bay Transportation Authority said. CBS station WBZ-TV reports that the injured MBTA worker was transported to South Shore Hospital.

The above-ground Red Line train departed Braintree Station - the southernmost stop of the line - shortly after 6 a.m. without an operator and traveled north toward Boston, a statement from the MBTA said.

MBTA operations eventually disabled the train and brought it to a stop by cutting off power to the electrified third rail, officials said. An initial investigation indicated that a safety device within the train's cab may have been tampered with.

Baker called it an "isolated" incident and said MBTA passengers should not be concerned.

Transit personnel boarded the train after it was stopped and drove it north to the JFK/UMass stop, where passengers disembarked. The train was taken out of service and brought to a maintenance facility in Boston, where an investigation is under way, according to Joe Pesaturo, spokesman for the transit agency.

Passengers are among those being interviewed, the T said.

Passenger Fernanda Daly told WBZ-TV that when the lights went out on the train, riders knocked on the booth but found no conductor inside.

"The whole train started going slow, the lights went off and everything just stopped down between Quincy and JFK and we stayed there for about 30 minutes," the female passenger said.

"It was all dark, everything was quiet. It was just us. We had no idea what was going on," Daly said.

The woman said at first, passengers believed there was a gunshot and someone was injured, but that was not the case.

"It was just kind of scary," she said.

Each train has only one operator.

The MBTA described the conductor involved in the incident as a "longtime employee."

Kristen Setera, a spokeswoman for the Boston office of the FBI, said in an email that the agency was aware of the incident and was in contact with transit police, but provided no other information.

NTSB has not made a decision yet if they will participate in the investigation.

Pesaturo said an initial examination showed no problems with the "functionality" of the train's equipment.