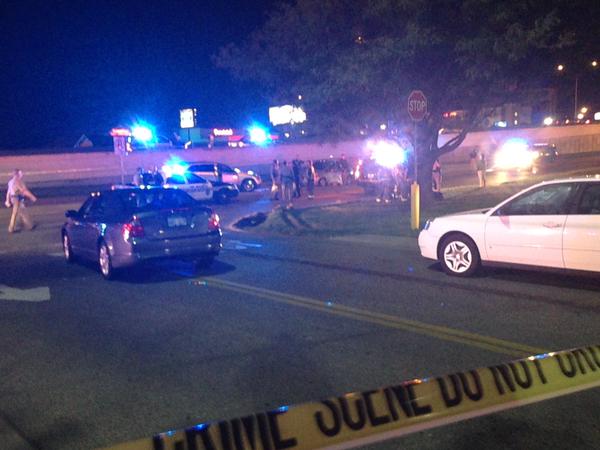 WICHITA, Kan. -- Police said a driver was shot and killed after dragging an officer with his car during a routine traffic stop Saturday night in Wichita, Kansas.

CBS affiliate KWCH reported the incident occurred around 10:10 p.m. in a parking lot on Kellogg Drive.

"As the officer approached, at this time we believe a struggle did ensue, at which point the officer was dragged by the suspect's vehicle," police Lt. James Espinoza told the Wichita Eagle.

Espinoza said the driver dragged the officer for "a very long distance... at which point shots were fired."

While dragging the officer, the suspect attempted to drive east in the westbound lanes of traffic and hit another car head-on, according to Espinoza.

The suspect, a white male, died at the scene. The officer was taken to a local hospital in serious condition.