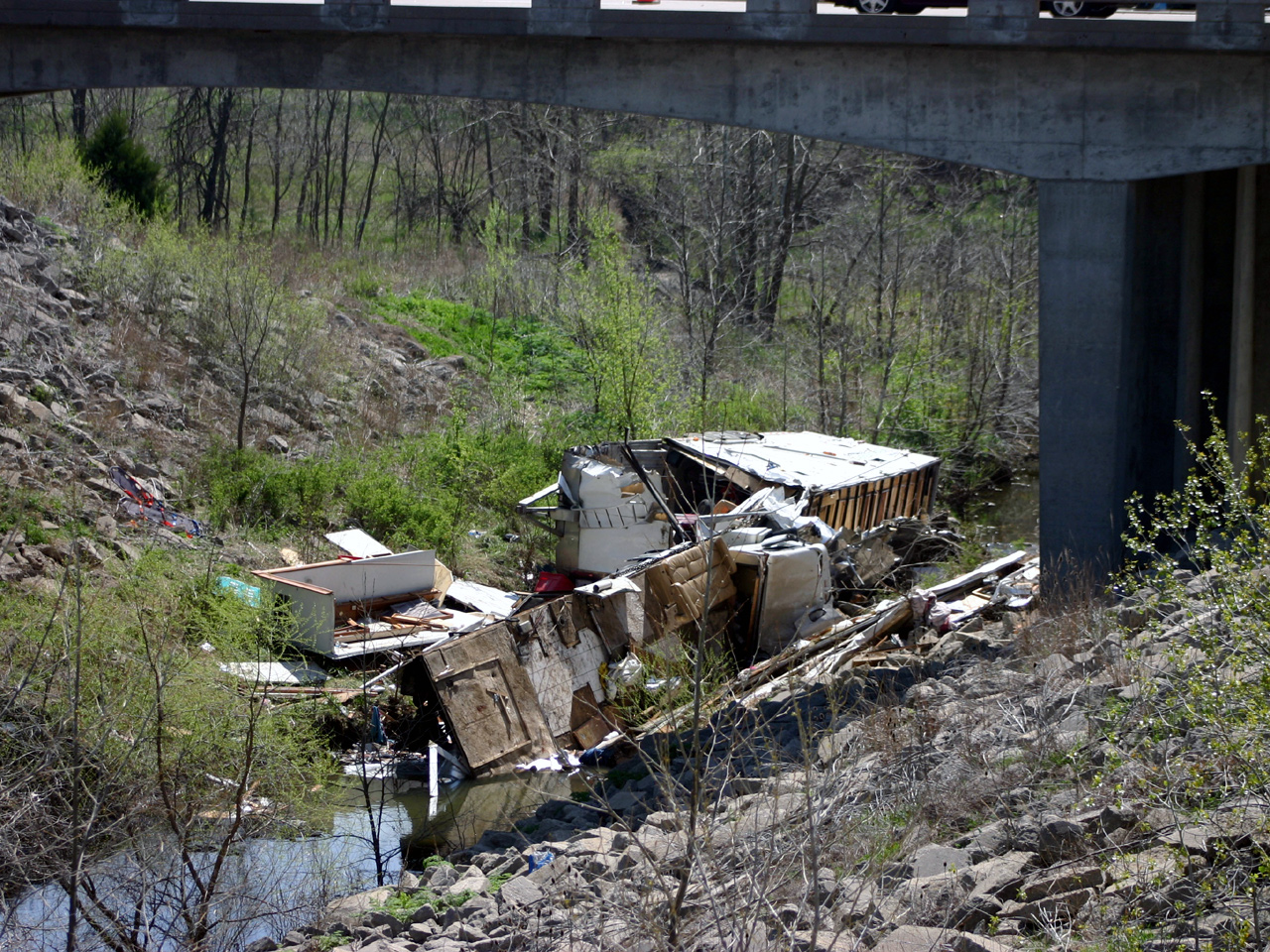 (CBS/AP) KANSAS CITY, Mo. - A 17-year-old boy with a provisional driver's license was behind the wheel when a converted semitrailer crashed on a Kansas highway, killing five members of his Minnesota family who were on vacation to see a motocross race, authorities said Monday.

According to the Minnesota Department of Public Safety, Adam Kerber's license includes several restrictions, including that all occupants of the vehicle wear seatbelts when available. Only two of the 18 people aboard were belted in, but it wasn't clear if belts were available for those passengers riding in the trailer.

Police told CBS affiliate KCTV in Kansas City, Mo. that the Freightliner box truck, which had been converted to include living quarters, veered off the road. When the 17-year-old driver tried to get back on the road, the truck hit a guard rail, then a concrete bridge rail before flipping and falling 30 feet down a ravine near Williamsburg, about 70 miles southwest of Kansas City, Mo. about 9 a.m. Sunday. (Watch KCTV's report below.)

A neighbor of Pauline Kerber's, Mary Jo Marks, told The Associated Press that Pauline Kerber and her family live about a half-mile from the Scott County fairgrounds, which hosts motocross races. She said the family was spending spring break on a big motocross trip.

Marks said Pauline Kerber home-schooled the children until several years ago. She said Tom Kerber was the oldest of the children and was married to Melissa. Kerber's late husband, Glen, operated an auto store on the family property.

Overland Park Regional Medical Center, where Pauline and Adam Kerber are hospitalized, released a statement Sunday night on behalf of the family thanking the public for the "outpouring of love and support."

"We appreciate the prayers of so many, and appreciate you respecting our privacy as we mourn our deep loss," said the statement from the hospital, which also treated a critically injured 8-year-old boy before transferring him to a children's hospital.

Other victims were taken to area hospitals, including Overland Park Regional Medical Center, which had two victims listed in critical condition Monday.

Kirk Nelson, superintendent of Jordan Public School District in Minnesota, said students had last week off for spring break, and students were scheduled to return Monday. The district planned to have several additional grief counselors and ministers on hand.

"It's a big shock to everybody, that's for sure," he said. "We've got some good staff, and they'll all come together," he said. "We'll get started on healing."