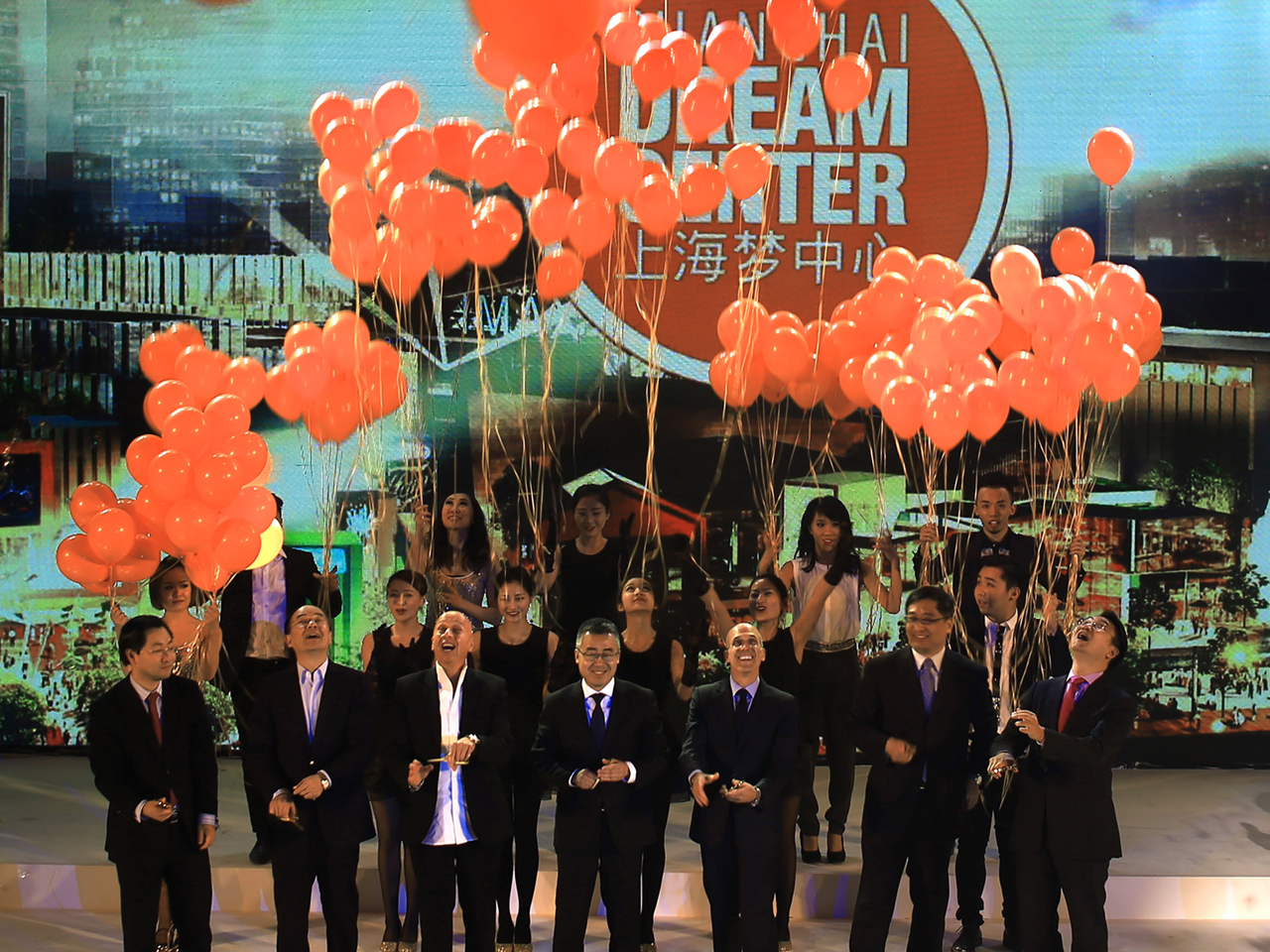 The "DreamCenter," due to open in 2017, will have a 500-seat IMAX cinema with international film festivals and red carpet events in mind, bars, restaurants and performance venues, the companies said. It will also showcase a "Dream Avenue" theater district modeled on London's West End and New York City's Broadway.

"This will become the world's third great urban center of entertainment and arts alongside New York's Broadway and London's West End," said DreamWorks Animation CEO Jeffrey Katzenberg at a news conference in a former cement factory, which will become one of the performance venues. The area near the 2010 Shanghai Expo site in the city's west will also include the headquarters of animation production company Oriental DreamWorks, a joint venture between DreamWorks and Chinese partners which will produce "Kung Fu Panda 3."

The project gives Shanghai an opportunity to diversify beyond its status as a financial and manufacturing center by adding media and cultural industries.

Another project highlighting Hollywood's influence in China is Shanghai Disneyland, the first Disney park on the Chinese mainland. It is scheduled to open in the city's Pudong district at the end of next year.