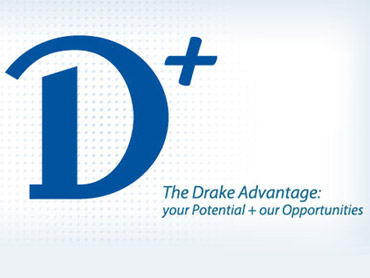 A "D+" campaign logo aimed at encouraging recruitment at Drake University is getting a failing grade from some faculty, students and alumni.

They say the logo is offensive, embarrassing and tarnishes the Des Moines university's reputation.

Drake spokesman Tom Delahunt says school leaders consider any reaction a good reaction. He says that while the "D+" comes across as a grade at first glance, it's meant to represent all the opportunities Drake offers students.

Delahunt told CBS affiliate KCCI that Drake wanted to a buck a trend in which most college admissions materials look the same.

"The first time I saw this, I cringed, absolutely cringed," he said.

He said after a test run with high school students had positive results, the D+ Advantage started to look like an A+ idea, the station reports.

"We needed to do something to rise above the clutter, something to make ourselves stand out," Delahunt told KCCI. "We wanted to make sure people knew about Drake."

"There are a lot of bad ideas that cut through the clutter and, for those guys, it's just a bad idea," Sanderson told KCCI. "They're too good of a school for that."