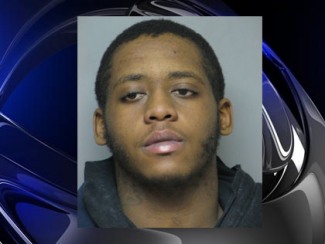 (CBS/WCBS) HOLBROOK, N.Y. - A Long Island father has been arrested for allegedly drag-racing at up to 118mph - with his children, 7-months and 3-years-old, in the car, reports CBS station WCBS.

Anderson was accused of endangering the welfare of a child, among other charges. Squires was cited for driving under the influence, but incredibly, no one was hurt, WCBS reported.

"It's wildly irresponsible behavior, and it really goes beyond that. It's reckless," Suffolk County Sheriff's Office Chief Michael Sharkey said.

Initially, the arresting sheriff's deputy had no idea there were children in the car. He thought he was chasing a couple of drag racers alone. The shocking discovery was made after the cars were stopped, said WCBS.

Sharkey said drag racing does happen on the expressway, but never before has a parent been caught racing with children.

"The 7-month-old was in a car seat, the 3-year-old was not even in a proper child restraint," Sharkey said.

Both men are out on bail. Police said the children were picked up at the scene by their mother.