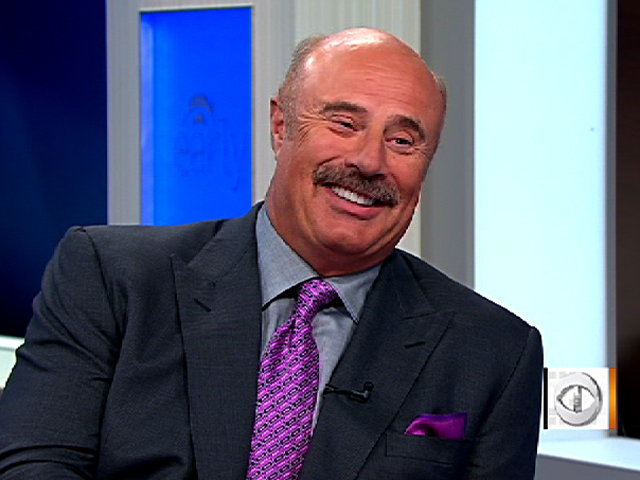 (CBS News) Dr. Phil McGraw, America's resident psychologist and host of the Dr. Phil show was on "CBS This Morning," on Thursday to talk with co-host Gayle King about the upcoming season of his show. The show, now in its 11th season is the number one rated syndicated talk show in the country.

Dr. Phil kicked off the conversation with a considerable gripe: his 1957 Chevrolet convertible was recently stolen. "We were changing the transmission fluid," he told Gayle King, "...I call a flatbed to take it to the shop...three hours later, boom, it's stolen. What I fear is that it's going to be on a ship to a foreign country..."

McGraw also touched on the upcoming first episode for the new season of the Dr. Phil show, in which he'll seek to shine the spotlight back on the Trayvon Martin case.

"We've come up on the six month anniversary of this...I am very concerned about what's going to happen with this case. If this does fall out of the headlines...it's going to be open season on these young African American men in America...We've got to pay attention to this and we've got to watch how the justice system deals with this," McGraw emphatically told King.

McGraw weighed in on politics, saying he likes to stay away from partisan party politics, but agreed with King that the candidates' wives have played a significant role in the presidential campaign to date."I think if you respect the women, then you're going to respect her judgment about the man she has chosen to spend her life with...it's the reverse of guilt by association," he said.